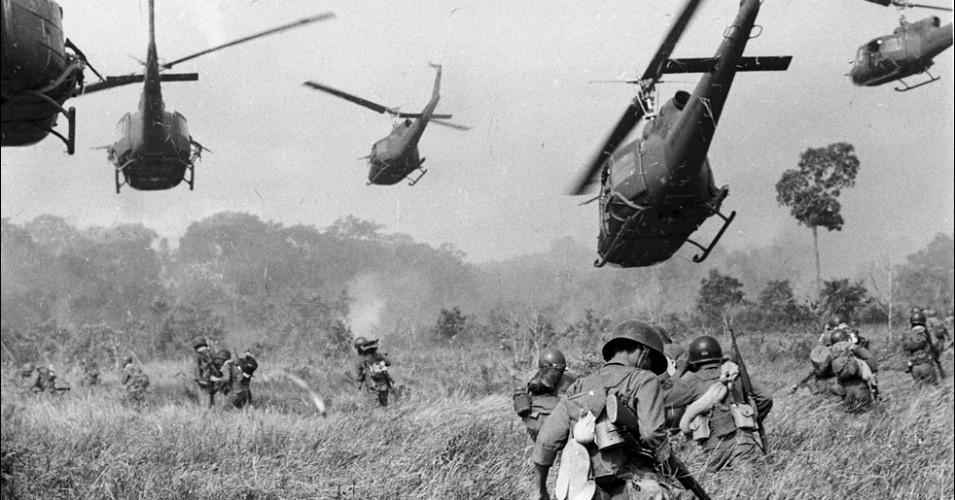 Does The Burns/Novick Vietnam Documentary Deserve An Emmy?

The war was never “begun in good faith.” It was never just a “mistake.” It was, from the beginning and throughout, a morally depraved undertaking.

By the time I reached Episode Four in this ten-episode film, I concluded it should not be touted as an Emmy Award-winning documentary.

In my eyes, documentation is rooted in facts and, if at all possible, immutable truths. …We are watching instead a series of anecdotes, each one imbued with the earnestness of the teller.

Episode Four, “Resolve,” is the story of 1966, a year that the producers of this film have designated as the time when doubt began to worm its way into American troops. This doubt sows the breeding ground for what we now call “moral injury.”

The American soldier in Vietnam begins to realize that his job of killing others, or supporting those who are carrying out the killing, is not divinely ordained. He is not in a just war. In fact, he is being used by others who have much more pedestrian motives—rank, saving face, gaining political favor, selling weapons.

This is three years before I even set foot in country, into a war much different than early 1966. In 1969, we trudged into that muck and mire as reluctant cynics. We were intent on surviving, not attaining some fanciful glorious victory over the demonic communists—but not so for the 173rd Airborne in the Central Highlands in mid-1966.

So, let’s assume that Burns and Novick et al. are somewhat accurate in setting off 1966 as the “turning point” in our slow awakening to the truth. So what?

First off, this would have been a good point for the auteurs to work in the aforementioned concept of moral injury.

As that term begins to be thrown around in popular culture, losing any real meaning, it is important to note that it was intended to mean a slow, remorseful process of recognizing one’s complicity in what most religions call “evil,” combined with a soul-shaking sense of betrayal.

You realize that there is no excuse for your unwillingness or inability to stop human degradation as it unfolds before you as your deeply held moral codes wither away. And now you must accept the consequences of that debilitating malaise that worked its way into your head.

Some of us have deflected that responsibility by attacking the commanders and officers and politicians who told us to follow their orders. But that excuse wears thin over time. Even as the filmmakers worked for a decade on their enterprise, the proverbial chickens have come home to roost. The filmmakers do not overtly acknowledge this concept, but its presence begins to cast shadows on their narrative.

As I watched the faces of the soldiers caught up in the moment or moments that will change their lives forever, those acts of quick reflex to survive or to avenge the deaths of buddies, I cringed. Doug Peacock, a medic with the Green Berets for two tours, captures “the horror, the horror” of it all in his memoir WALKING IT OFF when he writes about the staggering realization that “everything is permitted.”  You are nineteen, and you can end life, make life for another unbearable, and you can do it with virtual impunity. A person does not come back from that world unscathed.

At this juncture of the film, four episodes into a 10-episode saga, it is evident to me that we are not watching a true documentary film. In my eyes, documentation is rooted in facts and, if at all possible, immutable truths. The documentarian’s function is to get down to historical truths, to discover cause and effect, and to provide us with a trustworthy scaffolding on which to rebuild our memories as soundly as possible. No, we are watching instead a series of anecdotes, each one imbued with the earnestness of the teller. Who dares to question the grieving mother or disillusioned sister or duty-bound soldier? We are not being invited into a logical discussion of facts here—we are being asked to bear witness.

As a veteran of that war who has tried to bring to light its utter depravity and as a teacher, I oppose letting this visual extravaganza stand as a definitive historical record that students will turn to in their studies.

As a veteran of that war who has tried to bring to light its utter depravity and as a teacher, I oppose letting this visual extravaganza stand as a definitive historical record that students will turn to in their studies.

It is a cornucopia of anecdotes that gives us a glimpse of that war that I’m sure the Pentagon and the Koch brothers, who funded it, would approve of, but its priorities are misguided. The war was never “begun in good faith.” It was never just a “mistake.” It was, from the beginning and throughout, a morally depraved undertaking.

Three million soldiers from this country sent to Vietnam did not “serve”—we were used. We were blood-sacrificed on the altar of greed and power along with millions of Vietnamese dead. And for what?

John Pilger, the Australian journalist and award-winning documentary filmmaker wrote: “The invasion of Vietnam was deliberate and calculated—as were policies and strategies that bordered on genocide and were designed to force millions of people to abandon their homes. Experimental weapons were used against civilians.”

Burns and Novick avoid those conclusions although thousands of Vietnam veterans came to realize the soul-devastating truth during the war or soon after. A film that brings their words into the narrative would be a major step forward. This one is far from that.

This is not history we are watching. We are watching theater. And we who lived through that war, whether “in country” or not, must see ourselves as players on a stage. That exercise is not without merit, but let’s not confuse it with a “healing” historical account or an Emmy Award-worthy documentary.