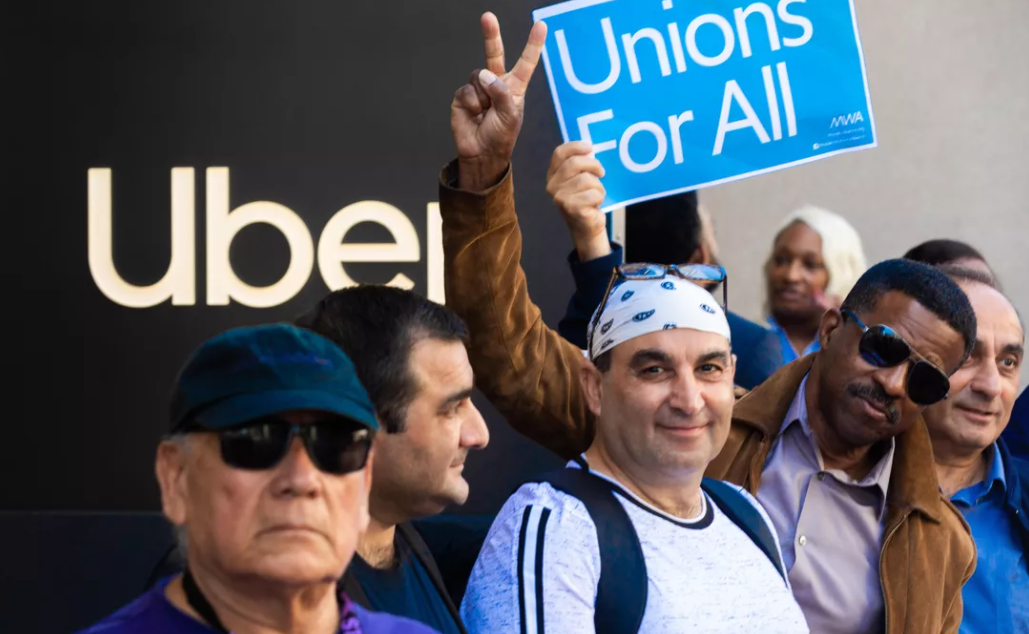 Above photo: Drivers have held several protests in front of Uber’s San Francisco headquarters over the past few years demanding to be classified as employees. James Martin/CNET.

A trio of ride-hail drivers filed a lawsuit in California’s Supreme Court on Tuesday alleging Proposition 22 is unconstitutional. The proposition was voted into law by California residents in November and ensures gig workers in the state are classified as independent contractors, rather than employees.

Proposition 22 was authored by gig economy companies, including Uber, Lyft, DoorDash and Instacart, which spent more than $205 million to get the ballot measure passed. It exempts the companies from a state law requiring that they treat their workers as employees.

The proposition has only been in effect for one month and already it’s facing challenges. The lawsuit filed Tuesday alleges that Proposition 22 unconstitutionally limits California’s power to protect the rights of gig workers. It says that under the proposition elected officials are unable to amend the law and allow for drivers to have safeguards like workers compensation and the right to organize.

Gig economy companies classify their workers as independent contractors, which means drivers pay their own expenses, such as gas, car maintenance and insurance. Workers also aren’t provided benefits like minimum wage, health insurance or paid sick leave. If they were to be classified as employees, many of those costs would fall on the companies.

“With Prop 22, they’re not just ignoring our health and safety — they’re discarding our state’s constitution,” Saori Okawa, one of the plaintiffs in the suit who’s been a gig worker in California for three years, said in a statement. “I’m confident the court will see Prop 22 for the corporate power grab that it is, and that Prop 22 will live in infamy along with unconstitutional ballot measures like Prop 8 and Prop 187.”

Proposition 8 was a controversial California ballot measure that ended the right to marry between same-sex couples. And Proposition 187 put healthcare and education limitations on the rights of immigrants. Both propositions were eventually ruled unconstitutional.

Proposition 22 won with 58% of the vote in California. Exit polls showed that 40% of people who voted yes on the ballot measure believed they were supporting gig workers in getting a living wage.

During the campaign, the gig economy companies blanketed the state in ads, mailers, emails and text messages. They hired roughly two dozen political consulting firms known for no-holds-barred tactics, which dug up dirt on labor activists, paid drivers to appear in tug-at-your-heartstrings ads and hired firms to conduct studies that showed favorable data for the campaign.

This isn’t the first time the gig economy companies have faced legal tests over the classification of their workers. Lawsuits against the companies over worker classification stem back as far as 2013. In May, the state of California sued Uber and Lyft alleging they “exploited hundreds of thousands of California workers” by classifying their drivers as independent contractors rather than employees.

Tuesday’s lawsuit is on behalf of three ride-hail drivers, one ride-hail customer, the Service Employees International Union (SEIU) and the SEIU’s California State Council. They are asking the court to strike down Proposition 22.

“We stand with the hard-working drivers whose exploitation by Uber and Lyft will only deepen as a direct result of Prop 22,” Art Pulaski, California Labor Federation’s executive secretary-treasurer, said in a statement. “This unconstitutional law, which gig companies bought with hundreds of millions of dollars in political spending, is an affront to the fundamental protections and rights all workers deserve and should be expeditiously struck down by the courts.”