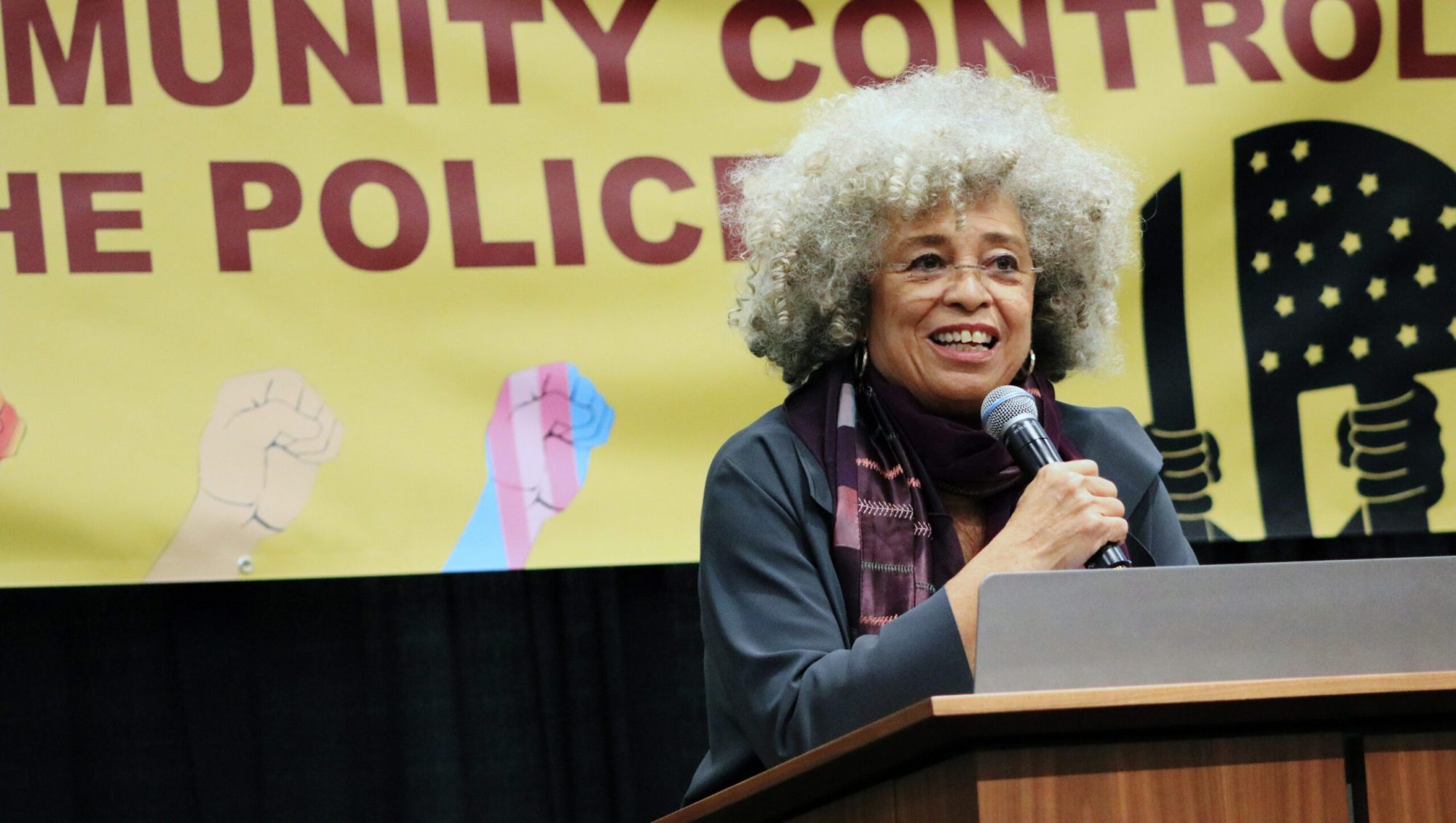 Drop All Charges Against Activists And Protestors

I add my voice to the millions here in our country and throughout the world who call for an end to fascist-driven police violence and repression in Black, Latinx and Indigenous communities.

Whether we call for community control, defunding, or ultimate abolition of the police, we are united in our demand for an immediate end to the state-sanctioned racist violence that routinely claims the lives of so many of our people.

Although many of us have protested, demonstrated, and organized over the decades to end racism and all its inequalities, injustices and collective pain, we have never experienced anything like the massive uprisings of the current moment.  Our radical demands, which have been so marginalized in the past, are now front and center. These are the very changes for which we have struggled for so long.

I find myself wishing that many life-long activists who are no longer with us could witness this moment and all of the courageous young people insisting that Black lives do matter. They have made this a time of great possibility.  Many of the protesters have been terrorized, injured, and jailed because they refused to decelerate their actions against the fascist state violence that extinguished the lives of George Floyd, Breonna Taylor, and thousands of others. We thank them and all of the organizations they represent and offer them our heartfelt support and solidarity. 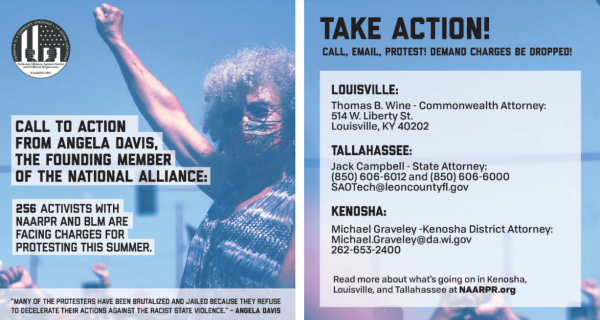 On August 23rd, Jacob Blake—an unarmed Black man—was shot in the back seven times by Kenosha police.  The community responded with protests and demonstrations. On the evening of August 25th, an avowed white supremacist shot and killed two anti-racist protesters. Kenosha police allowed him to walk away while openly wielding the murder weapon, though protestors identified him as the killer. On August 26th, repression intensified when unmarked vehicles and federal agents with no visible identification arrested people and took them into custody. Three members of the Kenosha chapter of Students for a Democratic Society were among them, including Victor Garcia and Adelana Akindes (who participated in the November 2019 Chicago conference, refounding the 45-year old National Alliance Against Racist and Political Repression).

On September 5th, five different law enforcement agencies, including the Tallahassee Police Department and Leon County Sheriff’s Office, orchestrated a militarized attack on peaceful activists protesting the grand jury refusal to indict the police officers involved in the murder of Tony McDade, Michael Johnson and Wilburn Woodard—gunned down by Tallahassee police, in March and May of this year. They arrested fourteen activists at that time. In the following days, two agencies executed arrest warrants—on both misdemeanor and felony charges—against even more protesters.

For over 120 days now, protesters in the streets of Louisville have disrupted meetings of City, State and National legislators and engaged influencers across a spectrum and intersection of ideologies. Louisville’s Black residents and allies have occupied city blocks, shut down highways, created independent media, advocated for new laws and the ending of old laws that disproportionately cause harm to Black people including no knock warrants. Louisvillians have taken the lead in specific efforts mentioned as well as many other strategic tactics employed in the push towards systematic revolution not only in Kentucky, but the Nation and perhaps even the world.

During the massive protests that took place after the failure of Kentucky’s Attorney General to indict and prosecute the Louisville police officers for the murder of Breonna Taylor, State Representative Attica Scott (Kentucky’s only Black female legislator) and her daughter, Ashanti Scott were arrested and charged with felony charges of first-degree rioting as well as misdemeanor charges of unlawful assembly and failure to disperse. At the time of this statement, State Representative Attica Scott and other protesters with her at the time of her arrest on September 24th are still facing felony and misdemeanor charges in relation to allegations that she attempted to burn down a library that she has sought appropriations for as a legislator, and attempted to seek refuge in a church as police physically chased down their group for arrest.

Chanelle Helm, Core/Leader Organizer of Black Lives Matter Louisville and other allies and members of the organization, were also arrested on felony charges of first-degree rioting as well as misdemeanor charges of unlawful assembly and failure to disperse. Chanelle Helm and those alongside her were eventually de-arrested (detained and released with no formal charges pressed) on September 24th although intimidation and increased surveillance from local and federal agencies continues.

The surveillance mentioned above has been documented in instances of several protesters who report being kidnapped by law enforcement agents of unknown origin in white vans. Other protestors have reported being terrorized and sustaining injuries that will take months to heal.

While exact figures of the people engaged in this fight towards freedom here in Louisville is difficult to gauge at best, an estimated 800 protesters have exercised their first amendment rights to free speech in the name of Breonna Taylor and countless others via protest and now face criminal charges that may land them behind bars for months and years to come. Included in this number are 76 Black Lives Matters Louisville activists and allies arrested in a large scale demonstration protesting the cities growing trend of gentrifying neighborhoods. This protest highlighted the trajectory of place based investigations that quicken the pace of gentrification and have unjustly targeted people like Breonna Taylor for extermination; 87 arrested for protesting on the lawn of Kentucky Attorney General Daniel Cameron to plead that he put forth the presentation to the Grand Jury in a way that would honor the life of Breonna Taylor and proclaim that her life mattered and 43 Black Lives Matters Louisville activists and allies arrested for protesting by shutting off the 2ndStreet Bridge, a major thoroughfare connecting Kentucky and Indiana. This brief list only highlights some of the reasons protesters have been grossly mischarged in attempts to discourage them from exercising their right to be seen and heard by the powers that be. Like civil rights demonstrators in past movements, the charged protestors include Black people of many intersecting beliefs, cultures, socioeconomic standing and political ideologies. There has been neither title, role, love of, by or by proximity to the majority that has protected protestors from arrest.

As one of the original founders of the NAARPR, I have joined the Alliance’s campaign to drop all charges against the protesters including those from NAARPR, Black Lives Matter, and other youth organizations.

I ask you to join me. Please stand with the protesters arrested in Kenosha, Tallahassee, and now Louisville. Join the National Alliance Against Racist and Political Repression and demand that all these charges are dropped.