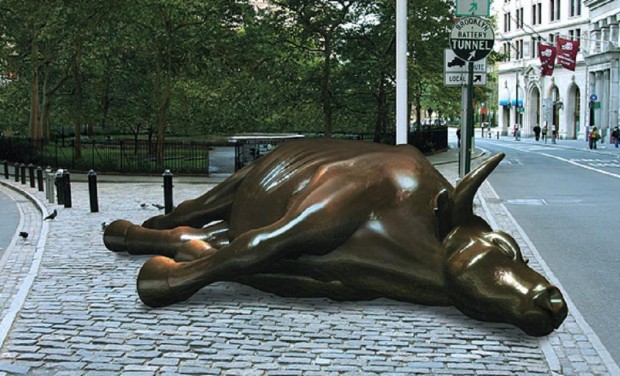 During The Next Crisis, Central Banking Itself Will Fail

The Next Financial Collapse is Likely to be Bigger than the Last, How Can the Movement Prepare?

Note: The global financial economy has been on rocky ground for some time with financial crashes occurring with some frequency over the past few decades. International Financial Review writes:

“Financial crises have been an unfortunate part of the industry since its beginnings. Bankers and financiers readily admit that in a business so large, so global and so complex, it is naive to think such events can ever be avoided. A look at a number of financial crises over the last 30 years suggests a high degree of commonality: excessive exuberance, poor regulatory oversight, dodgy accounting, herd mentalities and, in many cases, a sense of infallibility.”

For some time now, we have seen warnings of another crash and concern that this crash would have greater impacts on bank depositors in the US as it did in Cypress. We posted this article not to advertise the services of the firm that wrote it, but to make people aware of the concerns. Ellen Brown has been raising the concern in her various articles here. Basically, she writes that when there is another crash, instead of a taxpayer dollar bail out, bank depositor’s money will be converted to bank stock. Brown also warns that FDIC funds will be inadequate to cover the crash.

We think it is important for people to be aware of the ‘Bond Bubble’ and the potential implications of a crash. To us, such news increases the urgency of building local economies and alternative economic institutions to meet our needs. It is important to build the components of the new economic system outside of the current one.

As far as the recommendations of the firm that wrote this piece – move money to cash, buy gold and silver bullion and if you have stocks, invest in more stable long term stocks. We are not recommending that you use their services or do any of this. In fact, we are not fans of any of the companies they recommend. – Popular Resistance

For six years, the world has operated under a complete delusion that Central Banks somehow fixed the 2008 Crisis.

All of the arguments claiming this defied common sense. A 5th grader would tell you that you cannot solve a debt problem by issuing more debt. If the below chart was a problem BEFORE 2008… there is no way that things are better now. After all, we’ve just added another $10 trillion in debt to the US system.

Similarly, anyone with a functioning brain could tell you that a bunch of academics with no real-world experience, none of whom have ever started a business or created a single job can’t “save” the economy.

However, there is an AWFUL lot of money at stake in believing these lies. So the media and the banks and the politicians were happy to promote them. Indeed, one could very easily argue that nearly all of the wealth and power held by those at the top of the economy stem from this fiction.

So it’s little surprise that no one would admit the facts: that the Fed and other Central Banks not only don’t have a clue how to fix the problem, but that they actually have almost no incentive to do so.

So here are the facts:

1)   The REAL problem for the financial system is the bond bubble. In 2008 when the crisis hit it was $80 trillion. It has since grown to over $100 trillion.

2)The derivatives market that uses this bond bubble as collateral is over $555 trillion in size.

3)Many of the large multinational corporations, sovereign governments, and even municipalities have used derivatives to fake earnings and hide debt. NO ONE knows to what degree this has been the case, but given that 20% of corporate CFOs have admitted to faking earnings in the past, it’s likely a significant amount.

4)   Corporations today are more leveraged than they were in 2007. As Stanley Druckenmiller noted recently, in 2007 corporate bonds were $3.5 trillion… today they are $7 trillion: an amount equal to nearly 50% of US GDP.

6)   The Central Banks have no idea how to exit their strategies. Fed minutes released from 2009 show Janet Yellen was worried about how to exit when the Fed’s balance sheet was $1.3 trillion (back in 2009). Today it’s over $4.5 trillion.

We are heading for a crisis that will be exponentially worse than 2008. The global Central Banks have literally bet the financial system that their theories will work.  They haven’t. All they’ve done is set the stage for an even worse crisis in which entire countries will go bankrupt.

The situation is clear: the 2008 Crisis was the warm up. The next Crisis will be THE REAL Crisis. The Crisis in which Central Banking itself will fail.

In it, we outline precisely how the crash will unfold as well as which investments will perform best during a stock market crash.

We are giving away just 1,000 copies for FREE to the public.

To pick up yours, swing by: