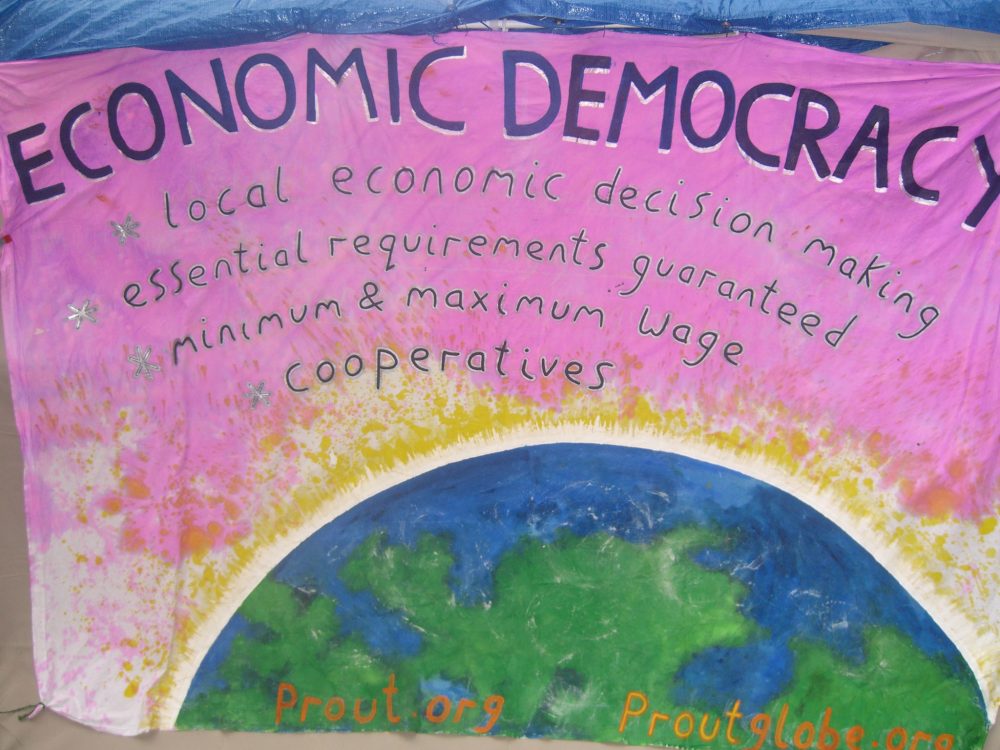 Economic Democracy: Remaking The Economy Into ‘Our’ Economy

Note: Popular Resistance advocates for economic democracy where people have greater influence over their economic lives and participate in determining the direction of the economy in their community as well as nationally.

Economic democracy includes democratizing and socializing economic necessities such as health care through National Improved Medicare for All and finance through public banking. Similarly we advocate for equity in Internet access, net neutrality, and favor public control of the Internet as well as public control of energy through public utilities. These are a few examples of many changes needed in our political economy to empower people. For more on this see our website www.ItsOurEconomy.org.

The article below and the report it is based on indicate the US economy is going in the opposite direction where people have less control over their economic lives and almost no influence on the direction of the economy.

Another way to describe this is the growing “market power problem.” The authors of the report define market power as “the ability to skew market outcomes in one’s own interest, without creating value or serving the public good.” We see this in many economic policy areas, e.g. trade where trade agreements are written by and for the corporations rather than putting the necessities of the people and protection of the planet before profit.  Get involved in our trade campaign, Trade for People and Planet. KZ 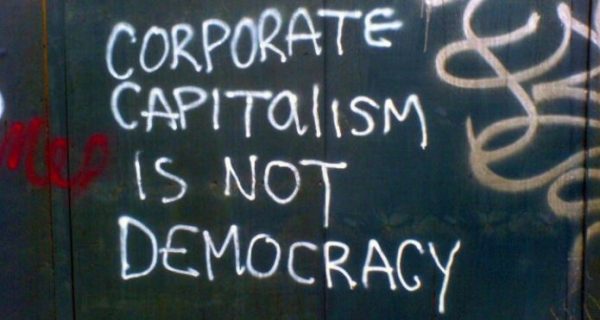 As workers, as consumers, and as citizens, Americans are increasingly powerless in today’s economy. A 40-year assault on antitrust and competition policy—the laws and regulations meant to guard against the concentration of power in private hands—has tipped the economy in favor of powerful corporations and their shareholders. Under the false assumption that the unencumbered ambitions of private business will align with the public good, the pro-monopoly policies of the “Chicago School” of antitrust lurk behind today’s troubling trends: high profits, low corporate investment, rising markups, low wages, declining entrepreneurship, and lack of access to unbiased information. Market power and lax competition policy ensure our economy serves the few over the many.

In a new report, Marshall Steinbaum, Eric Harris Bernstein, John Sturm build on the growing progressive consensus that the economic threat of market power goes far beyond prices. The paper demonstrates the disastrous consequences that unrestrained market power has had on workers, communities, and democracy.

The authors begin by explaining the dangers of market power and the role of competition policy in maintaining a level playing field. They then outline how lax competition policy has handed incumbent corporations and their shareholders an unfair advantage and a more generous slice of the economic pie. They document the consolidation and exploitation of market power that has occurred in this environment and highlight key pieces of evidence that illustrate how weak competition is harming the economy—holding back new businesses, investment, wages, and growth. The subsequent section reviews recent research that shows how concentrated corporate power impacts the everyday lives of Americans, surveying these effects through three lenses: the effects on consumers, on workers, and on society at large. In the final section, the authors propose policy remedies that could help rebuild inclusive growth, foster economic innovation, and restore an equitable economy that serves all of its stakeholders.