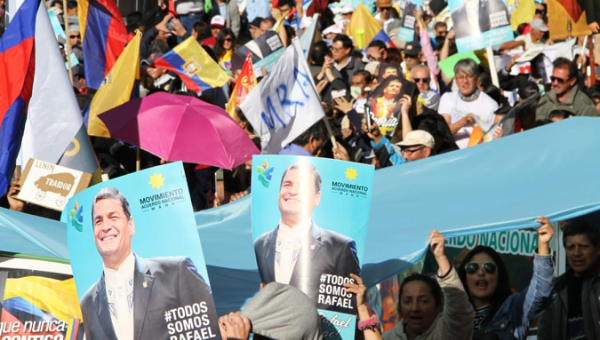 Above Photo: Thousands marched through Quito in support of former President Rafael Correa, accused of involvement in a failed kidnapping. | Photo: Marco Varese

Thousands of people marched through Quito on Thursday in support of former President Rafael Correa, who has been accused of involvement in a failed kidnapping.

Thousands of Rafael Correa supporters marched through one of Quito’s main arteries on Thursday in defense of Ecuador’s former president, accused of orchestrating a failed kidnapping attempt in 2012 – a charge he vehemently denies.

Carrying giant ‘No, Neoliberalism’ signs and shouting “A united community will never be beaten,” demonstrators marched along Quito’s 10 de Agosto Avenue towards the Plaza Grande, outside President Lenin Moreno’s executive offices, but were blocked by police and military forces.

Moreno has been accused by political opponents of betraying Correa’s socialist-leaning Citizens’ Revolution by favoring big business and private enterprises. He had previously served as Correa’s vice president.

On July 3, Ecuador’s National Court of Justice ruled that Correa should be taken into preventive detention. The court is accusing the former president – a popular, progressive politician who governed for a decade until he was replaced by Moreno last year – of ‘illicit association’ and being involved in the failed kidnapping of opposition lawmaker Fernando Balda in Bogota, 2012.

Balda claims that five people tried to kidnap him in the Colombian capital, but police stopped the attempt. Evidence supporting the allegations has yet to be made public. 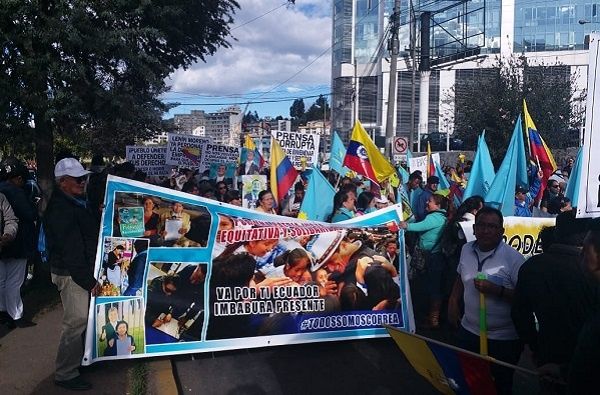 The arrest warrant came shortly after U.S. Vice President Mike Pence visited Ecuador on June 27. “There is a whole roadmap, there is a whole plot,” Correa told AFP from Brussels, where he now lives with his family, insisting that Moreno “is behind this.”

The Chief Prosecutor’s office has requested that Interpol be notified of the request for Correa’s arrest and extradition, but Correa told AFP he doubted Interpol or Belgian authorities would act on the warrant.

“Interpol takes its time, analyses the case and, if it is political, rejects it. We have a deep conviction that this is going to be thrown out because what is going on is nothing more political,” said Correa. “The Belgian authorities will never process this nonsense.” 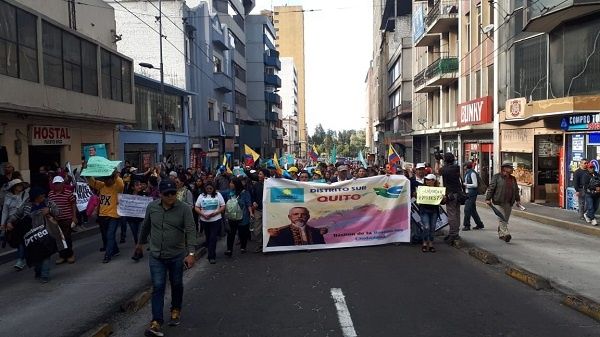 In Brazil, former president turned candidate Lula has been in jail since early April, accused of having accepted an apartment as a bribe in the wide-reaching Lava Moto (‘Car Wash’) scandal.

Lula was jailed on the basis of testimonies alone, with no evidence submitted, and his lawyers have been denied due process to appeal.