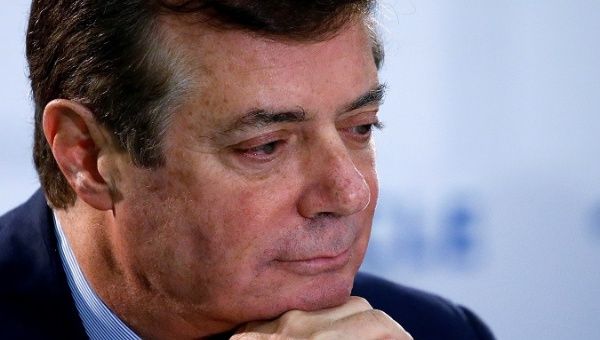 An NY Times report revealed that the Ecuadorean President tried to bargain Assange in exchange of debt relief from the U.S. with felon Paul Manafort.

A report published by the New York TimesTuesday revealed that in mid-May 2017, Manafort traveled to Ecuador mainly to see if he could negotiate a deal in which China would invest in Ecuador’s power system. This was the last gasp for Manafort who wished to yield a fat commission from the deal, mainly to settle his increasing debts.

However, the talks did not go as planned. President Moreno and his aides instead, discussed getting rid of Assange in two meetings with Manafort.

Assange, who has been residing in the Ecuadorean Embassy in London since 2012, was treated as an object of trade by Moreno who wished debt relief from the U.S. in exchange for the former.

Three people familiar with the meetings said in the condition of anonymity that Manafort suggested he could mediate a deal for handing over Assange to the United States.

According to New YorkTimes, there is no evidence to suggest that Manafort spoke to President Donald Trump or any other U.S official about his meeting with Ecuador regarding Assange.

Nonetheless, within a few days of Manafort’s meeting in Quito, Robert Swan Mueller III, a former FBI director, was appointed as the special counsel to investigate Russian interference in the 2016 U.S. Presidential election. Mueller’s primary target was Manafort resulting in the fallout of any deal between Moreno and him.

Later, after granting Assange Ecuadorean citizenship, Moreno started talking with Russia. Their plan was to provide Assange with a Russian diplomatic post and free him of the Ecuadorean embassy in London. But that plan also fell through as Britain said that they will arrest Assange the moment he steps out of the embassy.

Jason Maloni, Manafort’s spokesman said it was Moreno’s “desire to remove Julian Assange from Ecuador’s embassy.” Manafort “listened but made no promises as this was ancillary to the purpose of the meeting,” said Maloni, adding, “There was no mention of Russia at the meeting.”

The Guardian reported on Nov. 27 that Manafort met with Assange in 2013, 2015, and March 2016, immediately after which WikiLeaks leaked the emails of Democratic candidate Hillary Clinton. However, both WikiLeaks and Manafort’s office denied the allegations.