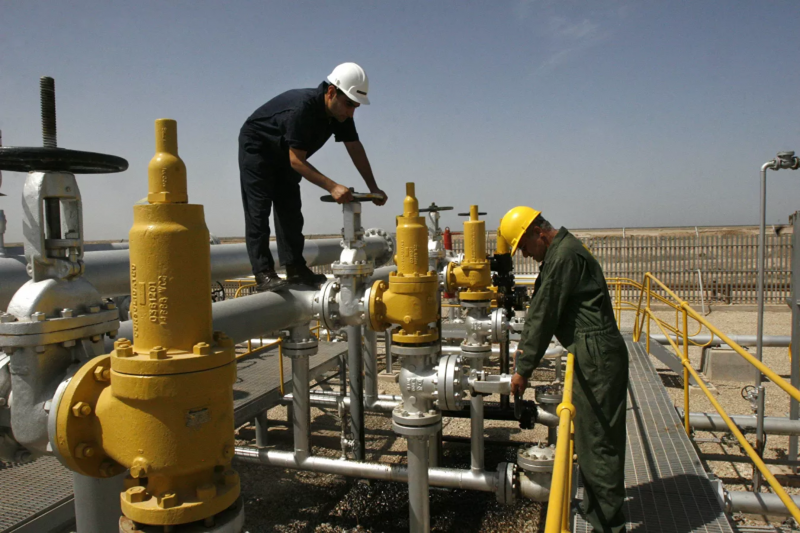 The eighth round of talks in Vienna aimed at reviving the 2015 nuclear deal began on Monday, just days after the seventh round ended. Earlier this month, US posturing that Tehran’s sincerity was dubious nearly torpedoed the talks, which could defuse a four-year showdown in the Middle East.

“Today all parties have agreed to come back to activate the eighth round of negotiations even in (the) Christmas and New Year’s holiday. This in itself fully shows a greater sense of urgency on the part of all parties concerned,” Wang Qun, China’s ambassador to the United Nations institutions headquartered in Vienna, Austria, which includes the International Atomic Energy Association (IAEA) nuclear watchdog, told reporters on Monday.

China is just one of several parties to the 2015 Joint Comprehensive Plan of Action (JCPOA) deal, who also include Russia, France, Germany, the UK, the European Union, the US, and Iran. However, since Tehran refuses direct negotiations with Washington, which is responsible for shredding the deal in 2018, the deal’s other parties have headed up the talks.

“Today, we have a mutually acceptable document on the negotiating table, which we consider as the (result of) documents of December 1 and 15, about both the nuclear issue and the sanctions,” Iranian Foreign Minister Houssein Amirabdollahian told reporters in Tehran on Monday.

The chief diplomat explained that the seventh round earlier this month, the first since last summer, when Iranian President Ebrahim Raisi took office, had thrown out the joint document produced by earlier rounds of talks and had produced a wholly new, mutually agreed-upon text.

“As of today, our negotiation will start revolving around that joint document,” Amirabdollahian said.

Tehran presented three draft documents in the seventh round, concerning, separately, the removal of US “maximum pressure” sanctions against Iran put in place after then-US President Donald Trump pulled out of the JCPOA in 2018, and Iran’s return to limitations on quality and quantity of purified uranium under that deal. A third text, which Amirabdollahian said is the focus of the eighth round, concerns “assurances and verification” for sanctions removal.

“The most important issue for us is to reach a point where, firstly, Iranian oil can be sold easily and without hindrance,” Abdollahian said.

US sanctions had intended to reduce petroleum export, which in 2018 accounted for 18% of Iran’s gross domestic product and 25% of government revenues, “to zero.” However, from a 2017 high of 2.5 million barrels per day, Iran’s exports have only fallen to about 650,000 barrels per day as of September, according to Iran International, with the product being sold through intermediaries and China reportedly being its largest customer.

Linda Thomas-Greenfield, the US’ ambassador to the United Nations, told the UN Security Council on December 14 that the US was fully prepared to lift sanctions inconsistent with JCPOA commitments, which would allow Iran to receive the economic benefits of the deal.

“We’re convinced that if Iran approaches talks in Vienna with urgency and critique, we can quickly reach and implement an understanding on mutual return,” the US envoy added.

Numerous other sanctions also plague the country’s economy and society, including bans on trade in other sectors, most notably financial transactions via the SWIFT bank wire transfer system. Tehran and the EU attempted to create a SWIFT bypass called the Instrument for Supporting Trade Exchanges (INSTEX), which largely failed to alleviate the pressure. As a result, Iran has been unable to buy medicine and equipment to treat rare diseases, as well as COVID-19, amplifying the pandemic’s death toll and forcing them to develop their own SARS-CoV-2 vaccine.

Earlier this month, OilPrice.com reported that the National Iranian Oil Company (NIOC) was preparing to shift its price benchmark to the ICE Brent settlement, a metric used for petrol sales in Europe, at the start of the new year. This has been interpreted as anticipation of oil sales to European buyers soon resuming.

US Plays At Impatience

The talks have resumed as Washington’s impatience becomes an important part of its posturing. Last week, White House national security adviser Jake Sullivan said that talks could cease “within weeks” if the US becomes unconvinced of Iran’s sincerity in the negotiations – echoing a similar threat made earlier this month that nearly ended the seventh round of talks before they began.

The US faces particularly heavy pressure from Israel, which claims Iran is secretly pursuing a nuclear weapon it intends to use against the country and has postured as ready to strike Iran’s nuclear facilities immediately and alone, if necessary, in order to avert that possibility. Its Mossad intelligence agency has waged a yearslong espionage campaign against Iran’s nuclear program, as well.

Despite official political posturing, Israel’s own military intelligence has said that while Iran’s enriched uranium has approached a fairly high purity – 60% uranium-235 – it’s made no parallel effort to develop the technology necessary to turn it into a bomb.

A purity of at least 90% uranium-235 is necessary to produce a nuclear weapon, and while Iran has long pursued a strategy of increasing purity to pressure the US into returning to the deal, Mohammad Eslami, the head of the country’s Atomic Energy Organization (AEOI), told Sputnik on Saturday that even if US sanctions remain, the country won’t increase its uranium’s purity past 60%.