Election Rigging And The Decline Of American Democracy

In the mid 1990s, scholars of politics in the Arab world published a book titled “Democracy without Democrats?” It appeared in the midst of a period of liberalization in some Arab countries that included competitive elections for parliaments and a loosening of state control over the media.

The premise was that if democratic institutions such as elections, political parties and a partially free press could be established, they might entrench a more open and liberal system of government that could evolve into a more fully democratic regime. Many of the contributors to the volume were skeptical and as matters developed in places like Jordan, Egypt and Algeria, the skeptics were proven right:

The liberal, institutional structures were not able to entrench themselves and autocrats were able to manipulate the system to maintain their power and eventually roll back the modest reforms of the period. Formal structures did not contain politics among politicians who did not have a commitment to democratic ideals and procedures.

The U.S. political system is currently undergoing its own test of the “democracy without democrats” premise – and coming to the same conclusion. Recent and ongoing developments are demonstrating that formally democratic institutions can be severely weakened by those willing, even eager, to betray democratic principles in order to maintain power.

It has long been clear that many (but not all) corporate and elite interests have not had much of a commitment to democracy, but put up with it as long as the exercise of that democracy did nothing to minimize their ability to amass wealth. It has also been clear since the civil rights struggles of the 1950s and 60s that the white majority in the South has never fully reconciled with equality for African Americans, including, especially, their rights to vote and participate in government.

With the Voting Rights Act of 1965 and other reforms, one might assume that the U.S. had finally emerged as a full-fledged liberal democracy, fulfilling the promises of the Constitution, Bill of Rights and the amendments that followed. But the hard-fought victories of the civil rights era met resistance nearly everywhere throughout the South, a resistance that the Republican Party began to weaponize starting with Richard Nixon’s “southern strategy” designed to appeal to whites on the basis of animus toward their black neighbors.

In addition to helping Nixon, this strategy was instrumental in the election of every future Republican president, including – especially including – Donald Trump. So, the practice of government in the U.S. was always far less democratic than assumed by the exalted language in popular culture about “our democracy,” elections, constitutional government and so on.

But more recently, this already weak commitment to democracy among conservatives has all but vanished. After the Supreme Court’s Shelby v. Holder decision in 2013 that struck down key enforcement provisions of the Voting Rights Act, several states led by Republican governors and legislators moved quickly to disenfranchise black and other traditionally democratic constituencies through voter ID laws, purges of voting lists, gerrymandering and other practices.

The result, of course, is that Republicans won majorities in Congress and many state legislatures unfairly. At the presidential level, there is good evidence that strict voter ID laws repressed the vote enough to allow Donald Trump to squeeze out a narrow victory in the Electoral College. The most obvious case appears to be Wisconsin, where a voter ID law suppressed 200,000 mostly African American votes in a state Trump won by 22,000.

These undemocratic practices have continued and are likely to affect the all-important midterm elections in November. In Georgia, the state has been disallowing tens of thousands of voter registrations in an attempt to swing a very close election to the republican candidate who – wait for it – happens to be the official overseeing the voting purges. 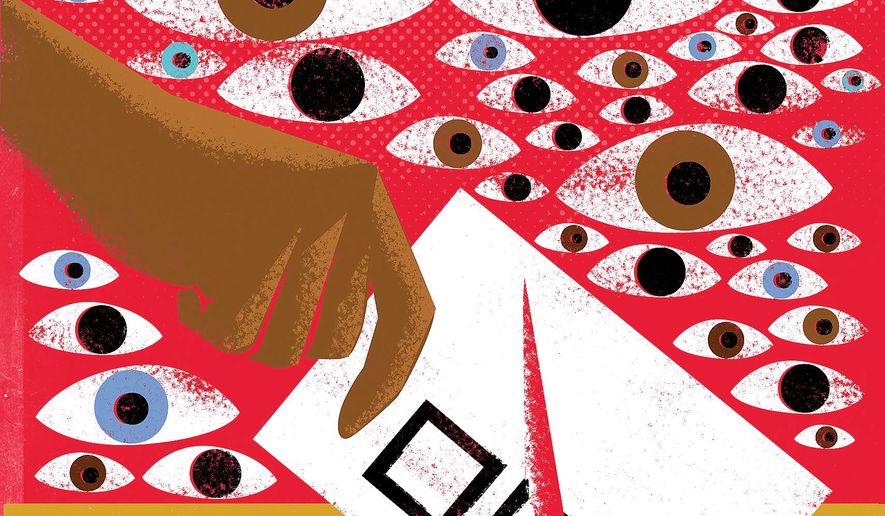 In North Dakota, the Supreme Court with its new reactionary majority, has allowed the state to reject voter IDs for people without street addresses, thereby disenfranchising thousands of native Americans living on reservations. These citizens, who normally favor Democrats, have used PO boxes as their official addresses for decades.

These are tactics used by autocrats the world over to maintain power in authoritarian states. That they are widely practiced in the U.S. is a scandal and a blot of shame on our country. What is especially troubling for the prospect of some sort of restoration of democratic practice is that the entirety of the Republican Party has internalized this behavior.

It is not just a few dirty tricks here and there: It is a political modus operandi the GOP feels is legitimate, even necessary, in their desperation to maintain power vis-a-vis the majority of citizens whose economic interests they don’t represent. In other words, full-on authoritarian practices have become normalized within one of our two main political parties.

So back to the original question: Can democracy exist when major actors in a country do not subscribe to the basic rules of the road? The question answers itself, as has become obvious the past two years. Without fair elections where all citizens are enfranchised, we do not have a functional democracy. What we do have is a hybrid system of authoritarian control with semi-democratic, but still consequential, elections used by the ruling minority to maintain its power by rigging voting to the extent it can get away with.

At the same time, there is resistance by the opposition party, much of the press, federal courts below the Supreme Court, and by ordinary citizens who have a commitment to democracy. The Republicans do everything they can to rig the system, but they have not been able so far to impose a truly authoritarian regime. Democracy has been severely repressed, but it has not been defeated. Not yet.

Just how far U.S. democracy has been degraded will be seen in the November midterms. If the Republican Party maintains control over both houses of Congress, it will mean that their voter suppression, gerrymandering and other dirty tricks managed to suppress a “blue wave.” Such a result would amount to a not-so-soft coup and the U.S. functionally taking the form of a one-party state, at least at the national level.

A victory for the Democrats in either house would mean that the “wave” had been big enough to overcome Republican tactics. But even if that is the result, in the days following the elections, it will likely become clear that voter suppression and gerrymandering delivered many Congressional and state races to Republicans – possibly along with a couple of governorships – minimizing GOP losses. Short of a massive defeat, which does not seem to be in the cards, the Republican Party in Congress will be well positioned to keep fighting and to continue its authoritarian ways.

What happens next would depend on ordinary citizens, social movements and the Democratic Party. All of us – especially those who have a platform and an audience – must constantly call out the Republicans for their election rigging and authoritarian practices until they end. Democrats in Congress and at the state level need to make this point over and over. It cannot be accepted, ever. If the Democrats take over the House, they must hold hearings to fully expose the Republican betrayal of democratic principles, along with the many other areas of GOP and administration corruption.

If the Democrats do not take back either house, they must still do everything possible to hold Republicans accountable. The common Democratic argument that “we do not have power” will not do. Instead, in the aftermath of a GOP victory, Democrats would need to fully understand that the role they are used to playing – as a minority party with certain rights in a democratic government – had all but disappeared. Their responsibility then would be to do everything possible to obstruct the further consolidation of Republican power and the reactionary legislative agenda that would accompany it. 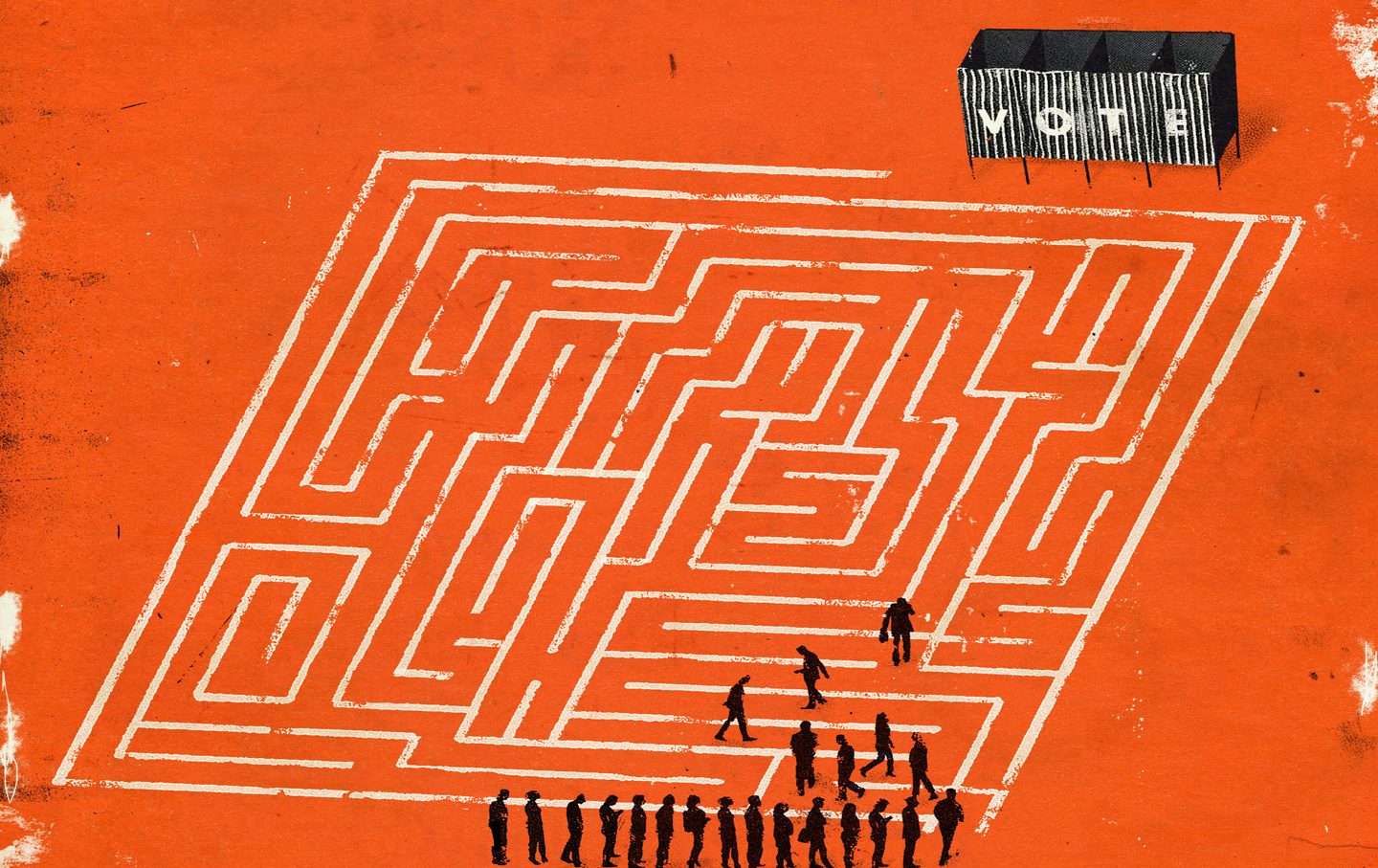