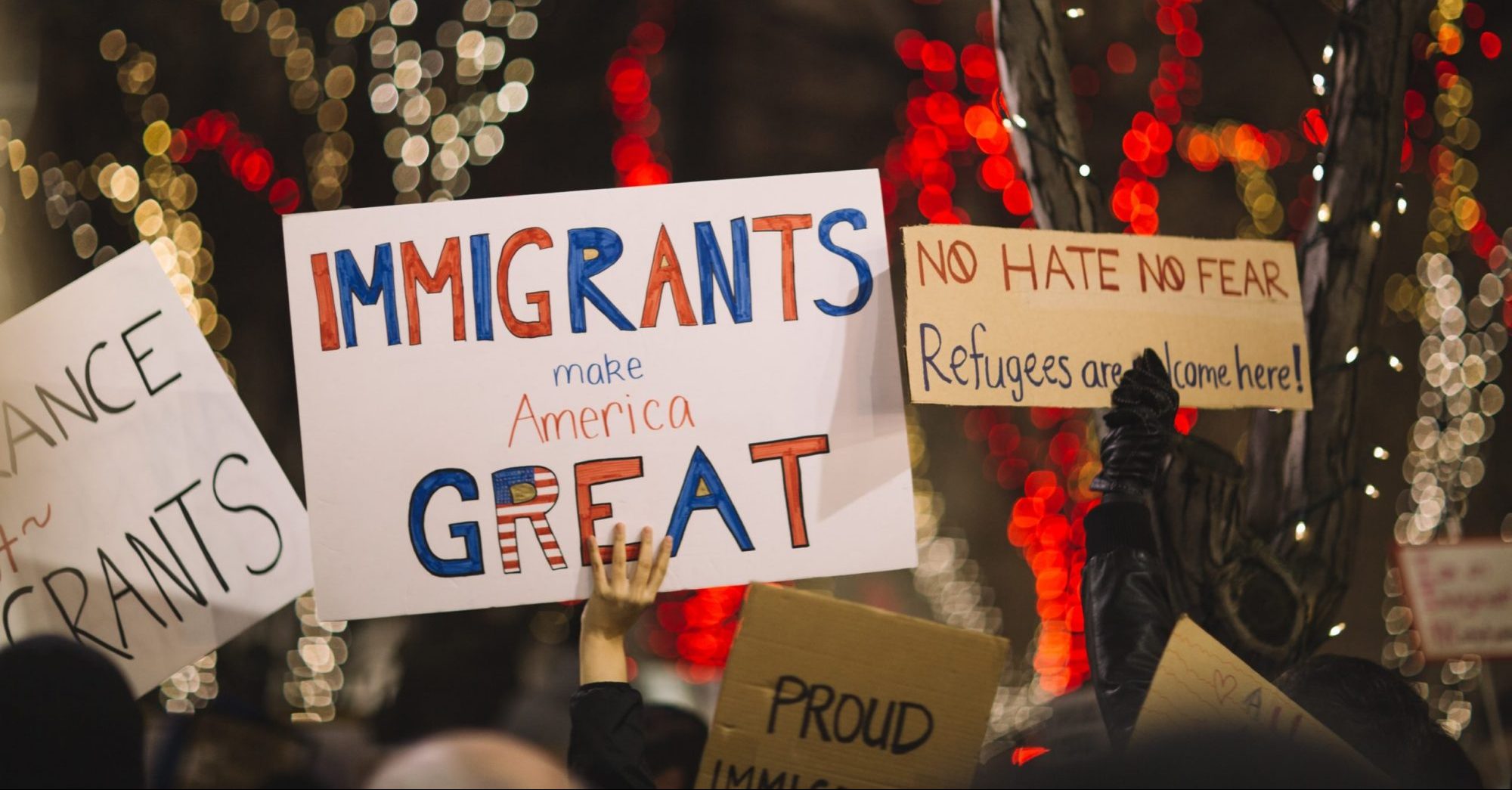 The Biden Administration Must Get Serious.

The Biden-Harris administration is opening multiple detention camps to warehouse migrant kids. Thousands of unaccompanied children will go to military barracks at Fort Bliss, as the president seemed proud to announce to the press. The McAllen border patrol outpost where the Trump administration infamously separated families is currently closed—but not forever. For renovations.

The U.S. Department of Health and Human Services has custody of 11,800 minors, at more than 100 sites nationwide. HHS receives children from the Customs and Border Protection (CBP), a component of the Department of Homeland Security. The HHS’s Office of Refugee Resettlement quarantines unaccompanied minors, and then holds these kids until they turn 18 or are deported, unless relatives or other sponsors can be found to house them for the duration of their immigration court cases.

The HHS website claims: “Every effort is made to ensure minors can communicate (via telephone or video) at least twice per week.” To whom? To a child, the wait must seem interminable. In FY 2020, migrant children waited, on average, 102 days.

Amnesty International USA asks the administration to use only licensed sites. The group’s tepid prose says “it will take time to move away from the system” that Joe Biden “inherited” from others. Donald Trump used notorious scare tactics that included wresting kids from their parents and depositing them in cages. But Trump’s spite for migrants went as far as it did because an established system allowed it.

An Abridged Timeline of Migrant Detention in the United States

1979-1982: The Carter administration sets out to repurpose the Fort Allen Naval Base in Puerto Rico for “boat people”—Haitian refugees. Under Reagan, Haitian refugees are also housed in squalid conditions in Florida, New York, West Virginia, Kentucky, and Texas. A 1982 letter to Ronald Reagan appears in the New York Times. Signed by 38 Haitian refugees at Fort Allen, it says: ”This is a cry of despair…”

1985: In Laredo, Texas, Corrections Corporation of America (CCA), the first private-prison firm, gives the U.S. Immigration and Naturalization Service its first site with cribs in the cells. Asylum seekers will linger for years and endure systematic abuse at sites run by CCA (now called CoreCivic).

1993: Esmor Correctional Services Corporation (CSC) wins a contract to detain migrants in Elizabeth, New Jersey. After a detainee uprising shuts the site down in 1995, the INS finds signs of severe abuse by underpaid guards. Stuart Gerson, Acting Attorney General under George H.W. Bush and Bill Clinton, becomes CSC’s board chair in 1994. CSC will later be bought by Wackenhut/GEO.

1995: Muslims are suspected first for the bombing of the Murrah Federal Building in Oklahoma City. The Clinton administration responds with the Antiterrorism and Effective Death Penalty Act of 1996, implementing “mandatory detention” for noncitizens (including permanent residents) with old convictions (including suspended sentences).

2001: Under George W. Bush, the INS begins rounding up thousands of people for attack on the Twin Towers — a crime of prodigious proportions, which none of them committed.

2002: Congress abolishes the 110-year-old INS. Immigration and naturalization are shifted to the new Department of Homeland Security. Pennsylvania governor Tom Ridge, who signed more than three dozen crime bills into law, is named to head the DHS. Immigration attorneys who once assured clients “The S in INS stands for service!” now find it stands for security. Under Bush, the USA-PATRIOT Act expands migrant detentions by scrapping the need to show a detainee presents a danger or flight risk.

2002 – 2003: To comply with a new policy announced by Attorney General John Ashcroft, all male foreign visitors to the United States, aged 16+, from (largely Muslim) specified countries in Asia, North Africa, and the Middle East must appear for Special Registration. The chaotic task is assigned to law enforcement personnel trained to avoid racial or ethnic profiling. Thousands of people are detained. Wackenhut (now The GEO Group) forces detainees in Queens, New York to work for $1 a day.

2009 – 2017: The Obama-Biden administration, in office for eight years, leaves the Department of Homeland Security in place, and does not restore the INS.

2018: Trump begins separating children and babies from migrant parents, and the “tent city” at Tornillo becomes “a focal point for critics of the Trump Administration’s inhumane border policies.”

2021: In the midst of a global pandemic, Biden’s administration deports hundreds of migrants, including refugees, but holds unaccompanied children. In March, children held near the border report going days without a seeing outdoor air or bathing, mental health experts are nowhere to be found, and some of the minors test positive for Covid-19.

The U.S. Immigration and Customs Enforcement (ICE) section of the Department of Homeland Security warehouses families and adults, with daily management often supplied by corporations. The D.C.-based Private Corrections Research Council touts its industry’s experience: “Around half of all immigration detainees are held in privately operated facilities, which assists the federal government in fulfilling its obligation to enforce national immigration policies.”

We’re supposed to think some people are fit to be caged. “The majority of BOP inmates in private prisons are sentenced criminal aliens who may be deported upon completion of their sentence,” states the Federal Bureau of Prisons. In the immigration law context, many minor infractions are defined as crimes. These “criminal aliens” might be better described as a perennial crop of manageable incarcerants to warehouse for profit.

As for the kids, more than 16,000 are in federal custody as of Spring 2021. The Biden administration is planning to award another contract at Homestead, Florida—a place cited for severe child abuse under past management. As grotesque as that is, it’s unsurprising, given private corporations’ history of battering detainees.

Migration generally poses challenging issues, yes. But warehousing people is not the answer. And detaining children should be completely out of the question. We have got to stop letting borders turn governments into monsters.

Joe Biden has directed the Department of Justice to stop renewing commercial prison contracts. But corporate warehousing of noncitizens is done under the Department of Homeland Security, an invention of the Bush/Cheney/Rumsfeld/Ashcroft crew. The Biden administration ought to end it, and dismantle ICE. Making the S stand for Service again would be one key step in the pursuit of decency.

Joe Biden and other Democrats have accepted money from the border security industry. A lot. Even more than Trump and the Republicans. Research exposing this comes from the American Friends Service Committee, the Transnational Institute, and Mijente. AFSC thinks the border security industry “pivoted towards Democrats in the election year of 2020…to try and prevent policy changes from any incoming administration that could affect a lucrative industry worth $55.1 billion between 2008 and 2020.” The key companies in the border-industrial complex are GEO Group and CoreCivic, plus Deloitte, Elbit Systems, General Atomics, General Dynamics, G4S, Leidos, Lockheed Martin, L3Harris, Northrop Grumman, IBM and Palantir.

Why the last two? It’s border tech. So-called virtual walls and smart borders will advance government and corporate control over people’s mobility and the courses of our lives.

Breaking Down the Culture of the Cage

Central American migrants are fleeing political unrest, natural disasters, climate disruption, food insecurity, and crushing poverty. Migration itself often kills, and more deaths occur in U.S. custody, after the border is crossed. Consider McAllen, where a sick teen put into quarantine died writhing on a concrete floor in 2019—in one of deaths of six young children in DHS custody in less than a year.

It’s not enough to call, as Amnesty International does, for better, more humane, or “licensed facilities.” Prison reform in the criminal justice context, writes Angela Davis in Freedom Is a Constant Struggle, “has always only created better prisons. In the process of creating better prisons, more people are brought under the surveillance of the correctional and law enforcement networks…”

Our culture of detention is deeply ingrained. National boundaries are a macro element of this culture. We seem unable to imagine life without them. And we appear to accept that exclusion is fair and right, even when it’s fatal.

Laudably, Biden and House Democrats want to offer a path to U.S. citizenship for undocumented U.S. residents. It’s a popular idea. Yet we also must dig down to the root, and examine the U.S. policies that lead to tension, violence, and poverty that causes people to cross the borderlands, even if it means exchanging a known devil for a new one. Biden acknowledged as much during the presidential candidates’ debates.

Bigotry shows up in the fantasy of rapacious migrants bearing down on the border, on a mission to cast illicit votes in federal elections. In reality, some 8,000 migrants have been found dead near the U.S.–Mexico border since 1998. Crossing the southern U.S. border without advance permission is an act of desperation and we need to stop reprehending the people who do it. It’s time to resume this public conversation now.

Lee Hall holds an LL.M. in environmental law with a focus on climate change, and has taught law as an adjunct at Rutgers–Newark and at Widener–Delaware Law. Lee is an author, public speaker, and creator of the Studio for the Art of Animal Liberation on Patreon.