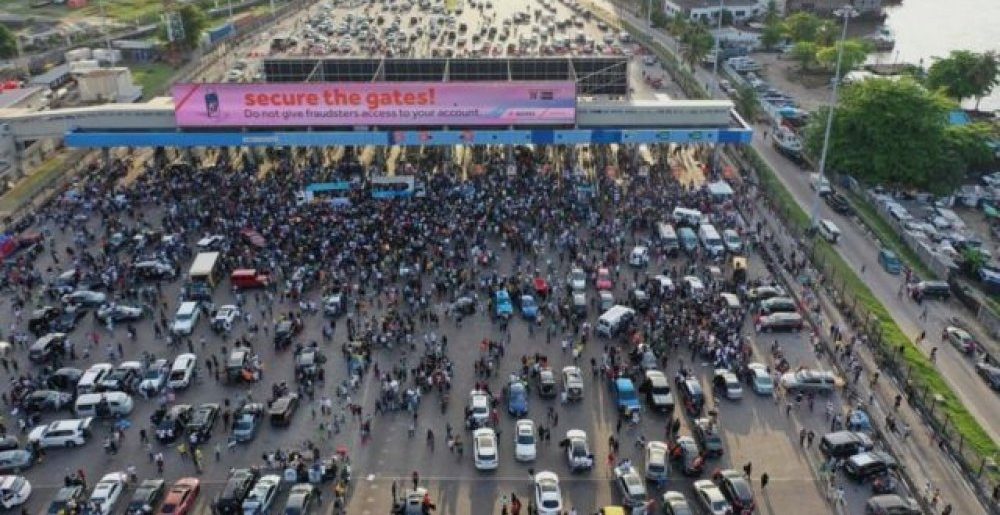 #EndSARS: Two Months After The Lekki Massacre, Still No Accountability

In a gory event widely described as Black Tuesday, Nigerians witness one of the most violent crackdown on protest since the Enugu Iva Valley Massacre in 1949. Like bloodthirsty Vamps, the army and police on October 20, descended on peaceful protesters with the kind of force and desperation only witnessed in movies and war. We lost our Brothers, Friends, Fathers, Mothers, Sons and Daughters to the uncontrollable bloodlust of a rapacious and highly vindictive ruling elites. Just like yesterday, we saw our friends lying helplessly on the floor, drowned in their own pool of blood. Armed only with flags and solidarity songs, our friends were shot  without mercy and hunted like games for exercising there legitimate right to protest. It was a day when the cries of despair competed with the horrific sounds of bullets.

And as we watch our brothers fall to their death and our sisters drowned in their own pull of blood, we wondered if we had committed any crime for demanding a country where the creed of citizenship is respected and being young isnt criminalized. We wondered if we had erred by demanding an end to the culture of impunity, respect for the rule of law and democratic ethos. We marvelled at what kind of a country treats its citizens with such disdain and unprecedented cruelty. Our protest which had lingered for close to two weeks was mobilized around specific demands to end police brutality, extra judicial killings and proper remuneration for the armed forces. However, on October 20, the government sent a clear message that it wouldn’t be willing to put an end to this undemocratic and barbaric practice. It was clear that our two weeks protest, despite grounding the entire country, fell on deaf ears. We were not only brutalized and killed by the police, the latter and the military competed for the highest kill.

Amidst the Madness of massacre, the Lagos state government directed the Judicial Panel of inquiries to include the Lekki Massacre as part of its term of reference. Prior to this, the Lagos State Governor, Sanwoolu had denied having a single knowledge about the Lagoswide onslaught against protesters and had placed the blame at the doorsteps of the military. In a counter defense, the Military expressed grave shock at the denial of the Lagos Governor and reiterated that they stormed the streets of Lagos on the request of the Governor. It wasn’t until then the Governor made a U-turn and now admitted inviting the military. This was a man who in a CNN interview, shamelessly lied to the World about his involvement in this dastardly aggression and violent murder of our friends at Lekki and other parts of Lagos. What is more unfortunate albeit not suprising is the loud silence of both the Lagos House and National Assembly. None of these legislative organs devoted time to deliberate on this sad incidence. Despite admittance of complicity by the culprits of Lekki Massacre, no single action from state and national legislative arms. This was a time Nigerians completely lost confidence in its democracy and had to rely on the British Parliament to protect its interest. You will recall a similar occurrence with Sowore’s trial where it took the US parliament to deliberate and condemn the invasion of our court, disregard for court orders, rights violation and sham trial of Sowore by the tyrannical Buhari regime, whereas the Nigerian legislative arm kept mum and were observing table manners.

Of greater insult is how Sanwoolu had the temerity to direct the investigation of killings where he had played very conspicuous role. And ever since the constitution of the infamous judicial panel, no single government official has been brought to book. Despite incontrovertible visual evidences and testimonies that have indicted the military and the state governor, no single conviction has happened. On the contrary, what we see is the same shameless culprits going after #EndSARS protesters. We see a government that freezes account of some #EndSARS Protesters, hounding several others to their homes and continue to arrest and remand scores in Prison. As we speak, there are several #EndSARS protesters like Nicholas Mbah languishing in different Nigerian Prisons, while the culprits who ordered and coordinated the murder and brutalization of our friends continue to walk freely.

Needless to say, the Nigerian government and the armed forces have become more ruthless and lawless since the #EndSARS protest. They have now openly turned Nigeria into a police state where rights to peaceful assembly have now been officially criminalized. Police and Military have become more emboldened in abusing the rights of Nigerians and now have no business chasing crimes while the entire country falls to the control of insecurity, kidnappings and banditry. Nigerians aren’t only getting more insecure in their own country, they are also getting poorer with unprecedented economic hardship.