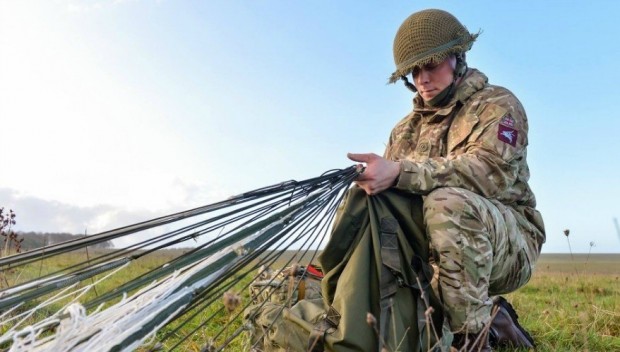 Above Photo: Anakonda-16 is a 10-day exercise involving 31,000 troops and thousands of vehicles from 24 countries. (Photo: US Army Europe/flickr/cc)

The United States is providing around 14,000 troops for the exercise, more than any other participating nation

Drawing Russian rebuke, NATO members and partners on Monday launched what is being called the largest war game in decades—a 10-day exercise involving 31,000 troops and thousands of vehicles from 24 countries, none more committed than the United States.

The exercise, dubbed “Anakonda-16,” is taking place in Poland ahead of next month’s NATO summit in Warsaw that will likely approve more troops to be stationed in eastern Europe. The United States is providing around 14,000 troops for the exercise, more than any other participating nation.

According to Stars and Stripes:

Thousands of troops have arrived in Poland to begin the 10-day series of engagements, including air-ground assaults and electronic warfare scenarios. Airborne units, infantrymen, medics, military police and aviation units will operate jointly throughout the exercise, which culminates in a massive live-fire event led by the U.S. Army’s 1st Brigade, 3rd Infantry Division.

A separate international naval exercise, Baltops-16, also involving NATO forces, began Monday in Finland, which is not a member of the global alliance.

The activity comes, as journalist Lucian Kim noted in an analysis published by Reuters, “just weeks after the United States inaugurated the first of two controversial missile-defense installations in Eastern Europe. Next year, the Pentagon plans to quadruple military spending in Europe to $3.4 billion and begin rotating an armored brigade through Eastern Europe—in addition to extra NATO forces to be deployed to Poland and the Baltics.”

Indeed, in mid-May Moscow called the U.S.’s newly activated missile defense site in Romania a “direct threat” to security and part of “the start of a new arms race.” Earlier this year, it was revealed that the U.S. was ramping up the deployment of heavy weapons and armored vehicles to NATO member countries in Central and Eastern Europe.

And last month, work began on a separate missile interception base at Redzikowo, a village in northern Poland—”turning the country,” analyst Gilbert Doctorow wrote on Friday, “into a U.S. bastion and potential launch platform against Russia in possible violation of existing agreements governing intermediate-range nuclear weapons.”

“We do not hide that we have a negative attitude toward the NATO line of moving its military infrastructure to our borders, drawing other countries into military unit activities,” he said. “This will activate the Russian sovereign right to provide its own safety with methods that are adequate for today’s risks.”

Meanwhile, speaking of the Polish war games as well as the ongoing “SaberStrike” operation in Estonia, Latvia, and Lithuania, Russian Deputy Foreign Minister Alexei Meshkov told journalists that the exercises “carry a serious destabilizing component” and that their “main goal is to continue the aggravation of tensions.”

For those who still aren’t convinced that Russia has some serious grounds for concern as the US-led war machine grinds ever closer, let’s put the situation into its proper perspective. Let’s imagine that the geopolitical chessboard were suddenly flipped and it is Russia that is now busy hatching a 28-member military alliance near America’s border, for example, in Latin America (and after Moscow had pledged not to increase the membership of the military bloc following the collapse of the Soviet Union).

But why stop there? Let’s roll the dice and see what Washington’s reaction would be if Russia had just dispatched three TU-160 Blackjack bombers to South America to participate in war games with the likes of Cuba, Venezuela and Brazil, for example, just weeks after Moscow dropped a missile defense system – which could go offensive with the flick of a switch – in, say, Colombia. Yikes! I dare say there’s not a straitjacket in the world that could restrain the writhing neocon convulsions that would break out across the Beltway.