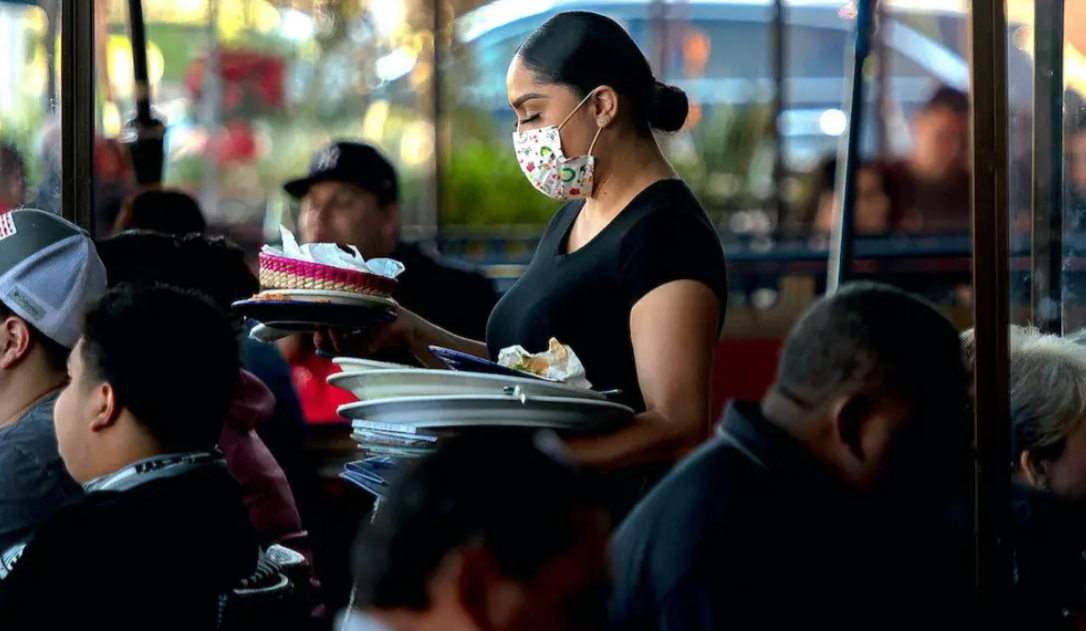 Entire Staff Of A Burrito Restaurant In Georgia Quit

Above photo: The number of people working in the restaurant industry fell in August for the first time since April 2020. Watchara Phomicinda/MediaNews Group/The Press-Enterprise/Getty Images.

NOTE: It seems workers are banding together more frequently in the United States to walk out or quit over unsafe working conditions and low wages. This is a critical part of building popular power and solidarity to win larger demands for basic necessities and a life of dignity.  – MF

A restaurant in Georgia has slashed its opening hours after its staff quit, WGXA News reported.

The staff of a burrito restaurant in Georgia quit by posting a sign claiming they had worked seven days a week for a month with “barely any time off.”

Employees at the Barberitos restaurant on New Street in Macon, central Georgia, said they quit over “pay” and “lack of appreciation,” per a photo of the sign shared on Facebook that was first reported by WGXA News.

“We have worked 7 days a week for the past month and barely any time off. We are so sorry and love you all! old Barbs family, out,” the sign read.

A spokesperson for Barberitos, which has 50 branches across southeastern states, confirmed the sign’s existence to WGXA, and said the staff’s claim that they’d worked seven days straight for a month was “simply not true.”

“Due to COVID, the labor shortage has impacted many – if not all – small businesses across the country,” the spokesperson said. Another restaurant had “uniformly hired away six of our employees at the same time,” they said.

“While we are saddened whenever an employee leaves the Barberitos family, we understand that the marketplace has changed and thank them for their service,” they added.

WGXA sent staff to the restaurant, who reported that the sign had been removed and replaced with another one. The new sign, photographed in the WGXA report, said that Barberitos’ opening hours had been temporarily reduced to 11:00 a.m. to 3:00 p.m., Monday to Friday.

Another sign said that the restaurant was looking for staff, WGXA reported.

“We hope to resume normal business hours as soon as next week,” the restaurant spokesperson told WGXA.

Barberitos did not immediately respond to Insider’s request for comment.

Other restaurants across the US, including both independent restaurants and huge chains like Chick-fil-A and McDonald’s,have closed their dining rooms or slashed their opening hours because they can’t find enough staff.

Workers have been quitting their jobs in droves, blaming low pay, bad benefits, and a lack of flexible hours. Restaurants have been especially hard hit, and the number of people working in the industry fell in August for the first time since April 2020, per preliminary data from the US Bureau of Labor Statistics.