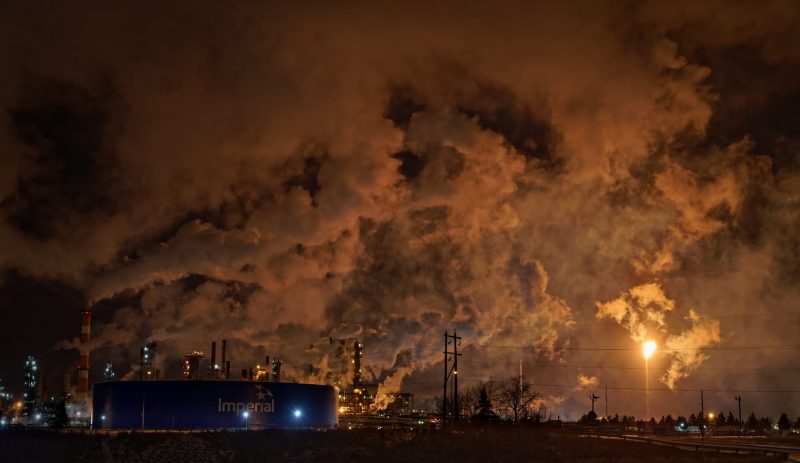 A new report finds that half of Canada’s oil and gas jobs could disappear by 2030 as the country presses on with a clean energy transition.

But the federal and provincial governments are not doing enough to prepare workers for the change.

Canada has not provided a transition pathway for its fossil fuel workers to move into other industries, and as global demand for oil and gas wanes, tens of thousands of workers could lose their jobs, say the authors of a new report.

Roughly 167,000 people are directly employed in Canada’s oil and gas industry, but increased automation combined with the energy transition and climate policy mean that half of those jobs are slated to disappear by the end of the decade, according to a report published on October 13 by the Climate Action Network Canada and Blue Green Canada, which is a coalition of labor and environmental groups.

The report said there is potential to transition many of these workers into cleaner industries, but action is needed by the federal and provincial governments to ease the pathway.

“This current decade — the next eight years — represents the largest effort that will be required for new job creation to ensure that we have a workforce that’s well aligned with the changing energy landscape,” Teika Newton, domestic policy manager for Climate Action Network Canada, told reporters on a press call. “The good news is that nearly three in four oil and gas workers affected by the transition have direct skills to match to alternative clean industries or IT operations elsewhere.”

Around 10 percent of oil and gas workers — including heavy equipment operators, power engineers, power systems operators, and instrumentation technicians — have the relevant skills to easily transition into wind and solar, if the demand for that labor exists, according to the report.

In addition, geothermal, oil and gas decommissioning, and industrial energy efficiency are other viable careers for workers exiting fossil fuel production. More difficult careers to transition are the reservoir engineers, hydrologists, and dispatchers.

The report says that Canada could use COVID-19 recovery funds and the Canada Infrastructure Bank to create 56,000 jobs over the next five years in wind, solar, energy efficiency, oil and gas decommissioning, and chemicals. These new jobs would offset the losses expected in oil and gas.

“But in order to make this happen, federal and provincial governments must give employers and workers, including those in Indigenous communities, certainty on the likely future constraints on production by planning for a 1.5-degree-aligned oil and gas output pathway,” Newton said, referring to the 1.5 degree Celsius (2.7 degree Fahrenheit) limit to global warming that an international panel of scientists says is required to avoid catastrophic climate change.

The report says that Canada needs to manage the decline of oil and gas production to offer clarity on what is coming, while also establishing a “Just Transition” policy that includes energy and labor organizations in the planning process. Public investments should be tied to employers meeting conditions on job quality, pay, and access to training. The concept of a “Just Transition” can be defined in different ways, but typically encompasses principles that assert that workers have a right to dignity, work, a good standard of living, and a say in their future. In the context of the climate crisis, this means that fossil fuel workers need the support of government and society to help them transition into new lines of work.

“We do not deny that there needs to be change. But what we demand is a process that is led by government to show us and finance those changes. Otherwise, we are going to find ourselves in a historic problem,” said Ken Bondy, national representative for health and safety at Unifor, Canada’s largest private sector union.

He pointed to the ongoing controversy around the Line 5 pipeline, which runs through Ontario and across the border into Michigan. The state of Michigan is seeking to shut down the aging pipeline over concerns about spill risk. Bondy said that the risk of shutdown has been known for years, but no politician or corporation has planned for such a scenario, which would put hundreds of jobs in the petrochemical hub of Sarnia, Ontario, at risk.

Meg Gingrich, President of Blue Green Canada and assistant to the national director of the United Steelworkers of Canada, said that workers need to be involved from the start when new investments are made. She pointed to the July announcement by Algoma Steel in Sault Ste. Marie, Ontario, to convert one of its coal-fired furnaces at its steel plant to an “electric-arc” technology, which would slash the plant’s greenhouse gas emissions by roughly 70 percent. Gingrich said that workers were not informed or involved in the process, and as a result, many did not support the move, fearing job losses.

Gingrich said it did not have to be this way. Retrofitting a steel plant may result in the elimination of some jobs, but if the union was involved from the outset, the workers wouldn’t have been caught off guard and could have worked with the company to ensure positions were added elsewhere. The retrofit may also mean that the steel plant stays online for a longer period of time, but because there was no planning with the union, the unexpected announcement ruined a lot of goodwill with workers.

“I can’t emphasize enough that workers need to be involved and need to be front and centered,” Gingrich said. “And it can’t just be a politician touting the need to involve workers for the sake of political expediency. It needs to be genuine and we need concrete policies in order to ensure that workers, not only that they are involved, but are not materially harmed” in order to make the transition fair and just, she added.

But industry groups assert that oil and gas is not going anywhere. “Credible forecasts of global energy use show natural gas and oil supply will need to grow for decades to come to meet the world’s demand,” Jay Averill, a spokesman for the Canadian Association of Petroleum Producers (CAPP), told DeSmog in a statement. “CAPP intends to be actively engaged with the Federal Government as they develop their plans to ensure the talent and expertise of our skilled natural gas and oil industry workers are recognized as essential to meeting Canada’s environmental ambitions and building the future prosperity of Canadians.”

Canada is not alone in this task of tackling a Just Transition for fossil fuel workers. The United States has also seen thousands of workers shed from the oil and gas sector, with very few programs in place to help them transition to other careers. Before oil and gas, the coal industry saw thousands of workers forced out of work, with very little public policy to support them.

Moreover, automation continues to kill employment in extractive industries. Even leaving aside climate policy, automation and robotics alone could eliminate 20 percent of oil and gas drilling, support, and maintenance jobs over the next decade, according to a March 2021 study from Rystad Energy.

In the U.S., several Democratic U.S. Senators introduced legislation on October 7 to smooth the transition for fossil fuel workers by offering wage supplements, health care benefits, education and training, and benefits for the children of laid-off workers. The legislation would apply to workers who lost their jobs from shuttered coal mines, power plants, and oil refineries.

“For decades, America relied on fossil fuels to power our nation,” Sen. Tammy Baldwin (D-WI), one of the bill’s sponsors said. “As we transition to a clean energy future, we cannot leave workers in these industries behind.

Along with Sen. Baldwin and Sen. Sherrod Brown (D-OH), the legislation is cosponsored by Sens. Bob Casey (D-PA), Sheldon Whitehouse (D-RI), Michael Bennet (D-CO), Tammy Duckworth (D-IL), Tina Smith (D-MN), and Elizabeth Warren (D-MA). It is also endorsed by an array of labor groups, such as the United Mine Workers of America International and United Steelworkers (USW) International, among others. It remains to be seen if the legislation will be able to hitch a ride on the broader budget reconciliation package currently being negotiated in Congress.

Labor groups also eagerly watch potential developments in Canada. In 2019, Prime Minister Justin Trudeau promised a Just Transition fund to help fossil fuel workers during the transition. But he has yet to implement it. Now, having won a recent snap election, he’s being pressed by unions to follow through.

“The main point here is that the next eight years — the time between now and 2030 — is the crucial part. All the numbers point to that,” Jamie Kirkpatrick, program manager at Blue Green Canada, said on a press call. “We can’t start our efforts to decarbonize our sector in 2049. We need to start yesterday if we want to have this to be a transition that brings workers along, that provides them with plans in advance.”