‘There is a real war going on and it’s a war against health, against the environment and against human rights.’

Humvees with heavily armed county, state and federal agents rolled into what remained of the Oceti Sakowin protest camp in North Dakota in early 2017. With a U.S. Department of Homeland Security helicopter circling low overhead and heavy machinery preparing to topple anything in their path, the camp’s last few holdouts torched their tipis and fled across the frozen Cannonball River to the Standing Rock Sioux Reservation.

The once-thriving camp had united thousands in their shared opposition to construction of a crude oil pipeline and raised hopes for a new era in tribal sovereignty. Its forced clearing on Feb. 23 came just two weeks after the Trump administration granted a final easement for the Dakota Access Pipeline to cross beneath the nearby Missouri River. It was a dark day in a troubling year that saw setbacks for environmental justice, from the Great Plains to America’s island territories. 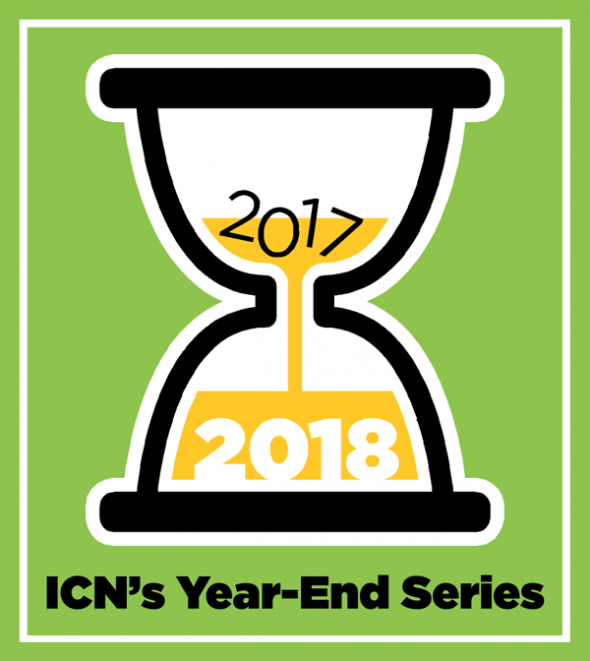 For many in the environmental justice movement, 2017 served as a wake-up call to a new era where no environmental protections are immune from attack—and where much of the harm is borne by the poor.

“There is a real war going on, and it’s a war against health, against the environment and against human rights,” said Robert Bullard, a professor of urban planning and environmental policy and administration of justice at Texas Southern University who is often referred to as the father of environmental justice. “We are reverting to a pre-1970 era where anything goes.”

Among other events that are raising concern about environmental justice:

Neglect in the Islands

The federal government’s slow response to damage from Hurricanes Maria and Irma in Puerto Rico and the U.S. Virgin Islands was perhaps the most evident sign of how environmental justice has been pushed aside by Washington, said Judith Enck, a former Environmental Protection Agency regional administrator who served during the Obama administration.

More than three months after the storms, much of the islands remained without electricity. According to federal government figures, nearly one-third of customers in the U.S. Virgin Islands still had no power, and about one-third of the power generation in Puerto Rico had yet to be restored. Power generation does not directly translate to homes having power, however. The governor of Puerto Rico announced last week that nearly half of customers in his U.S. territory—45 percent—were still without electricity 100 days after Hurricane Maria struck.

“Can you image anywhere in the mainland United States being without electricity for [three] months and such a cavalier attitude being taken by federal officials?” Enck said.

Mustafa Ali, now senior vice president of climate, environmental justice and community revitalization with Hip Hop Caucus, said he’s not surprised that industry groups are becoming increasingly brazen in their targeting of environmental activists and their dismissals of pollution concerns, given their newfound access to federal officials.

It “sends a message that you can begin to blame the victim for some of the impacts that are happening inside their communities,” Ali said.

One of the most worrisome trends of 2017 for Bullard was legislation states passed to limit protests when individuals stand up for clean air and clean water.

“That, for me, harkens back to the `60s when states in Dixie, the southern U.S., passed laws and put their state troopers on the side of Jim Crow, racism and bigotry,” he said. “I lived through it. I don’t want to see that again.”