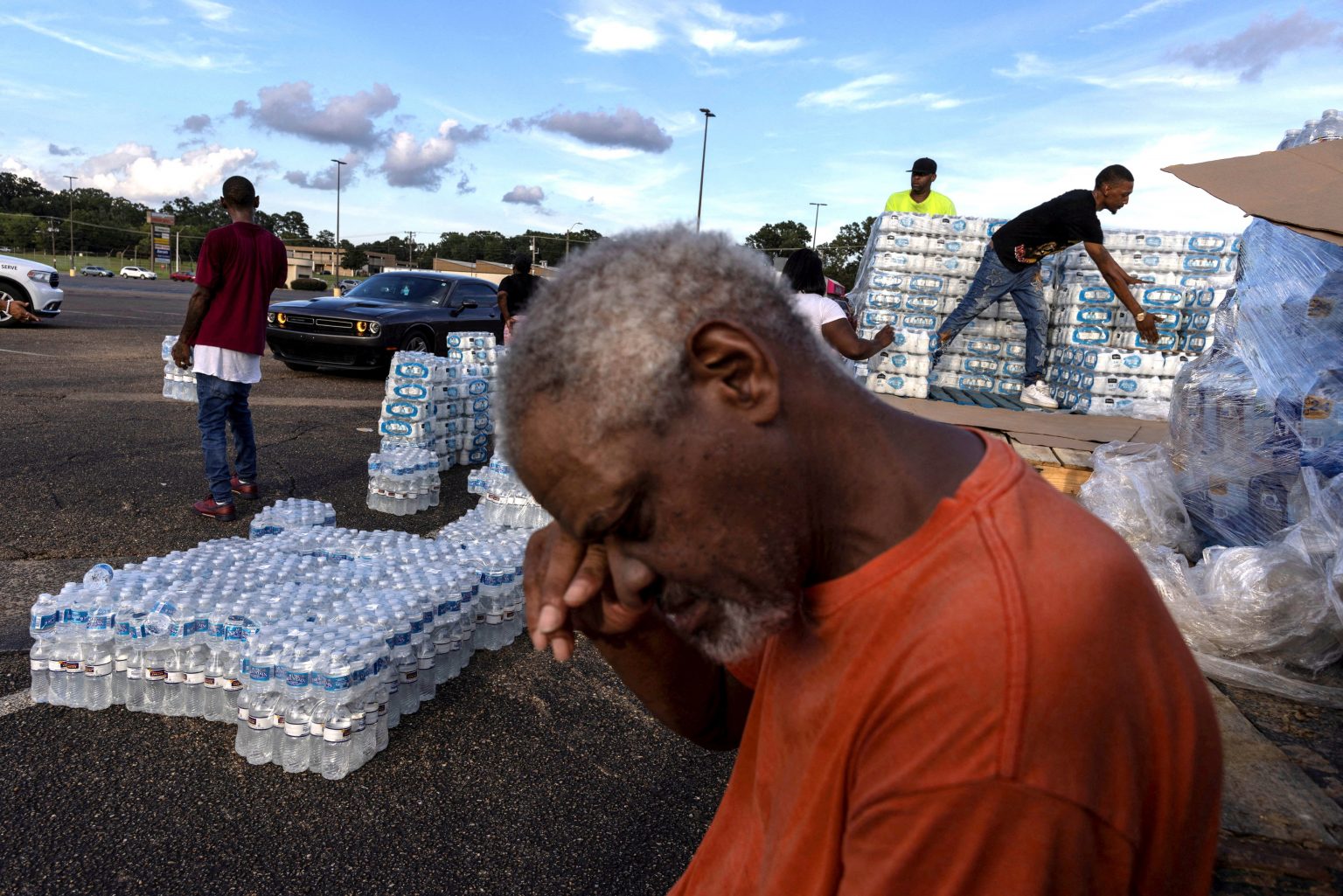 Jackson, Mississippi has been without clean reliable water for days.

Adding to the ongoing water issues due to decades of neglect and divestment in a city whose population is more than 80 percent Black.

Jackson, Mississippi – Residents of Jackson, Mississippi, a city of 150,000 that is 82.5 percent Black, have not had reliable access to clean water for five days. On Monday, the Pearl River flooded from extreme rainfall, and caused the main water treatment plant to fail, resulting in low to no water pressure. A second treatment plant has simultaneously been having issues with its water pumps. If residents are getting any tap water at all, it’s brown. All this is happening while Jackson is facing extreme heat. Residents have faced long lines in order to get cases of bottled water, of which the city is running out. All schools have switched to remote learning since Tuesday. Clinics have had to bring in tanker trucks of water in order to perform dialysis treatments.

Water problems are nothing new to Jackson, which has been under a boil-water advisory since late-July. High levels of lead were found in Jackson’s water starting in 2016. In early 2020, the Environmental Protection Agency (EPA) wrote that Jackson’s water system had the potential to be hosts for harmful bacteria and parasites because of the water’s cloudiness and potentially insufficient disinfectant treatment. In February 2021, a winter storm left the city without water for a month. Low staffing has also been an issue, as the city cannot properly operate the plant in its current condition. This latest water crisis is the product of decades of neglect caused in large part by white flight (post-integration of public schools) and racist funding decisions at the state level.

Many residents doubt that the government at any level can fix the problems, pointing to potholes as another example of unresolved concerns. Due to frequent water issues, many residents have already stopped relying on city water. However, that isn’t an option for many, as about 25 percent of the city’s residents live at or below the poverty line, a rate more than twice that of the rest of the country.

After the winter storm last year, community leaders have begged the majority-white state legislature for the necessary $47 million to update the water system, but were only provided $3 million. Earlier this year, the EPA announced that it would provide Mississippi with $74.9 million in federal water and sewer infrastructure funds, although the mayor states that they need $2 billion to fully repair the outdated system. Biden’s infrastructure bill (American Rescue Plan) allocated $75 million to Mississippi to upgrade drinking water systems last year, but the money, which has only recently begun going to states and cities, remains in the hands of state officials. On Tuesday, President Biden declared a state of emergency so that federal funds could go directly to the city.

The disasters from climate change such as flooding are becoming increasingly common and continue to disproportionately harm oppressed and working class communities and the Global South, as we are currently seeing in Pakistan. This disaster in Jackson echoes the Flint, Michigan water crisis that has been going on since 2014 in yet another majority-Black city. Earlier this summer, about 5,000 residents in eastern Kentucky were still under a boil-water advisory a month after flash flooding.

This is yet another example of how the harm caused by climate change is disproportionately impacting people of color. The state is always able to find more money for the military and the police, institutions that exist to violently suppress Black and Brown communities, but not for infrastructure that ensures that those people’s basic human needs are met. This racist, capitalist system has shown itself incapable of doing anything meaningful to deal with climate change. The urgency of climate change demands that the Climate Movement unite with the Black Lives Matter movement; we cannot merely put forth a reformist strategy of incrementalism as groups such as the Sunrise Movement and DSA continue to do. We need a fighting climate movement — the oppressed don’t have the luxury to wait for incremental changes. We need to take money from the military and racist police and put it towards building and maintaining infrastructure to ensure that everyone has access to clean water.