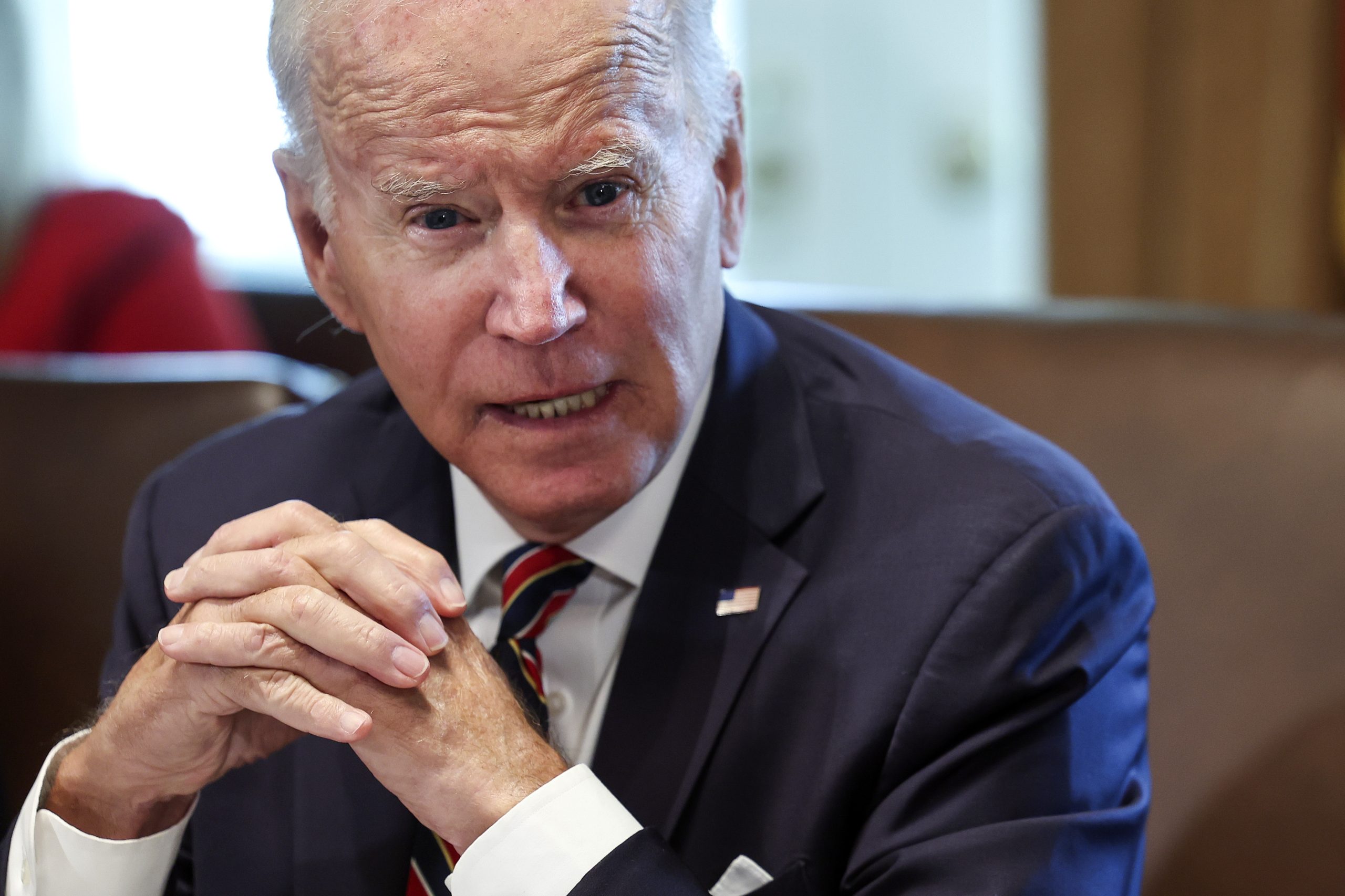 Above Photo: President Joe Biden delivers remarks during a cabinet meeting at the White House on September 6, 2022, in Washington, DC. Biden spoke on his administration’s’ efforts to strengthen the economy. Kevin Dietsch / Getty Images.

EPA union organizers say the agency is too understaffed to face the climate crisis.

Workers at the Environmental Protection Agency are calling on President Joe Biden to issue a climate emergency declaration at the same time they’re calling for improvements in staffing and resources for the agency in their next union contract.

The largest union representing workers at the EPA, the American Federation of Government Employees (AFGE) Council 238—which represents nearly 7,500 EPA employees around the US—voted to declare a climate emergency in May 2022 and are calling on Biden to do the same. AFGE is the largest union representing federal government and District of Columbia employees (currently the membership is about 700,000), though other smaller unions do represent professionals at the EPA.

“The climate emergency allows the president to deploy a lot more resources and attach a lot more solutions to the problems that the federal government has at its disposal,” said Nicole Cantello, president of AFGE Local 704 based in Chicago, Illinois, and an attorney who has worked with the EPA for 30 years. “From our standpoint, the Biden administration needs to do a lot to make sure that we have the best and brightest scientists, engineers, and lawyers working on this.”

In the wake of West Virginia v. EPA, the June 2022 US Supreme Court ruling that severely limits the EPA’s authority to cap emissions from existing power plants, EPA workers are also pushing the the Biden administration to expedite measures to strengthen the agency so that it can more adequately address the climate crisis.

“The Supreme Court struck out a major avenue for control of greenhouse gasses for power plants. We need the best and brightest scientists to figure out how we’re going to continue to regulate greenhouse gasses,” added Cantello. “For the long term, we need to have a staff that is going to bring all of their expertise to bear on this crisis, and we need that now.”

Staffing, as Cantello notes, is a major concern. The EPA workforce peaked in fiscal year 1999 at 18,110 employees and has declined to 14,581 in fiscal year 2022. During the Trump administration, the EPA lost 672 scientific experts, according to an analysis by the Union of Concerned Scientists, including over 550 environmental protection specialist positions.

“We asked for 20,000 full-time employees to address the climate crisis. And the reason why we put numbers like that out there is because what happens during the appropriations process, which is always kind of a nail-biter every year when we have to worry about shutdowns, is that there ends up being a lot of compromise in terms of what the staffing levels actually end up looking like,” said Undine Kipka, an environmental engineer at the EPA in Massachusetts and president of AFGE Local 3428.

Currently, Kipka explained, understaffing issues have forced workers at the agency to try to do more with less, which has contributed to burnout among workers and has translated to less enforcement from the agency itself because there have been fewer workers to enforce regulations on greenhouse gas emissions and keep polluting industries in check.

“As union reps, we see ourselves as protecting workers that protect the planet,” Kipka added. “As a union [we are] pushing for more resources… to try to hopefully change the conversation a little bit about the climate crisis and basically ensure that the EPA does more of what it could do to [fulfill] its potential, as opposed to just accepting compromises here and there.”

Workers at the EPA applauded Congress for passing the Inflation Reduction Act, which included $41.5 billion in funding to the agency to address the climate crisis, but emphasized the need to expand and invest in the employees doing the work every week to carry out the EPA’s mission.

“Now that EPA has more authority to fight pollutants, we need to invest in the workforce that will be delivering the reductions to greenhouse gasses under the IRA. This law will require an even more expert and experienced EPA workforce than ever before,” Marie Owens Powell, president of AFGE Council 238, who currently works as an underground storage tank inspector for the EPA, said in an August press release. “We must act quickly to put the right staff in place to implement this enormous effort, and to provide them with the support and working conditions they need to accomplish the critical  task in front of them.”

Along with the central appeal for Biden to declare a climate emergency, EPA workers’ demands include: hiring at least 1,000 more EPA scientists and engineers; giving consideration to imposing a federal moratorium on fossil fuel facilities and infrastructure; taking steps to decarbonize federal financial outlays; cutting the EPA’s carbon emissions and providing resources to assist other federal agencies so they can do the same.

“As of right now, we don’t have enough staff to even fully implement existing [environmental] regulations and laws,” said  Justin Chen, an environmental engineer at the EPA in Texas for seven years and president of AFGE Local 1003. “We’re actually expected to do more with less these days than we were 30 years ago.”

Chen emphasized the need for new union contract negotiations at the EPA to address understaffing issues at the agency, from hiring new workers to guaranteeing regular promotions, pay commensurate with the private sector, work- and home-life balance protections, to instilling scientific integrity protections for workers so their work isn’t interfered with, to ensuring said workers won’t face retaliation for speaking out against conflicts of interest or efforts to undermine their scientific work.

The climate crisis is already driving more frequent and extreme weather events such as floods, droughts, hurricanes, wildfires, and record heat waves, while simultaneously contributing to the rapid melting of polar ice caps and rising sea levels. The world is currently on track to experience a rise in temperatures of at least 2.5 degrees Celsius above pre-industrial levels by the end of the century.

“I think President Biden declaring an emergency on climate, besides the logistical powers it opens up to him as President of the United States, the acknowledgement of it sets the tone essentially that the state and office of the presidency recognizes that this is a major problem that needs to be tackled, to be addressed, at a higher level,” said Chen. “This shouldn’t be handled as… usual business because we are at, if not already over, a tipping point with regards to the effects on people’s lives.”