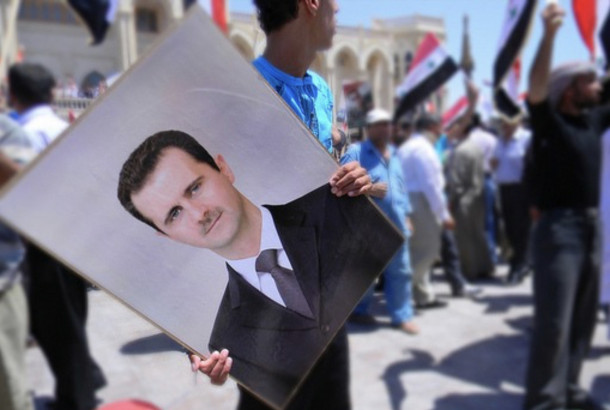 Escalation In Syria A Mistake No Matter Who Did Chemical Attack

It was a false flag! Al Qaeda did it! Why would Assad use chemical weapons when he’s winning the war? It had to be those evil terrorists.

These are the petty cries by some on the conspiracy-minded left with regard to this week’s barbaric chemical attack in the rebel-held town of Khan Sheikhoun, which took the lives of at least 74 and injured another 350.

Of course the United States lays all the blame for the attack at the feet of President Bashar al-Assad, who has been implicated in many war crimes over the years. And unsurprisingly, the Russians, Assad’s chief allies, have countered, claiming the Syrians bombed a toxic weapons depot that unleashed the deadly nerve agent. So, in the end, according to Russia, these civilians were simply collateral damage in the War on Terror™ – an endless war, mind you, that the left once opposed.

“Even assuming that large quantities of both Sarin precursors were located in the same part of the same warehouse (a practice that seems odd), an air-strike is not going to cause the production of large quantities of Sarin. Dropping a bomb on the binary components does not actually provide the correct mechanism for making the nerve agent. It is an infantile argument. One of the precursors is isopropyl alcohol. It would go up in a ball of flame. A very large one. Which has not been in evidence.”

That said, although I can speculate, I have no idea who carried out the awful attack or what their intentions could possibly have been. But what I do know is that this was very clearly a war crime that is now being used as a pretext for escalated US military action in Syria.

In response to the attack, an emotional Donald Trump stated during a joint news conference with King Abdullah II of Jordan:

“When you kill innocent children, innocent babies — babies! — little babies … that crosses many, many lines. Beyond a red line…”

Following his lambasting of President Obama for not doing enough to challenge Assad, Trump signaled that he may take matters into his own hands. Like most of Trump’s boisterous rhetoric, he may be full of shit, but let’s not sit around to find out.

After blaming Assad for the attack in an emergency UN meeting, Ambassador Nikki Haley upped the ante:

“If Russia has the influence in Syria that it claims to have, we need to see them use it. We need to see them put an end to these horrific acts. How many more children have to die before Russia cares? … When the United Nations consistently fails in its duty to act collectively, there are times in the life of states that we are compelled to take our own action … For the sake of the victims, I hope the rest of the council is finally willing to do the same.”

Trump and any future forays his military braintrust may be conjuring up must be opposed. Like the US in Iraq and Afghanistan, any military venture in Syria will only make matters worse. Building a real movement against US war in Syria and elsewhere is far more crucial than defending Assad against allegations that he was behind the deaths in Khan Sheikhoun.

Such hollow conspiracy efforts have led to the perpetual decline of the left, as Alexander Cockburn once wrote:

“These days a dwindling number of leftists learn their political economy from Marx via the small, mostly Trotskyist groupuscules. Into the theoretical and strategic void has crept a diffuse, peripatetic conspiracist view of the world that tends to locate ruling class devilry not in the crises of capital accumulation, or the falling rate of profit, or inter-imperial competition, but in locale (the Bohemian Grove, Bilderberg, Ditchley, Davos) or supposedly ‘rogue’ agencies, with the CIA still at the head of the list.”

Even if Assad is guilty of what he’s accused, US military intervention must be fought. We don’t need conspiracies to justify our opposition to war in Syria. What we need are grounded, class-oriented politics and an intellectual, anti-imperialist wake-up call. We need organizing. So let’s quit peddling baseless theories and get to work.