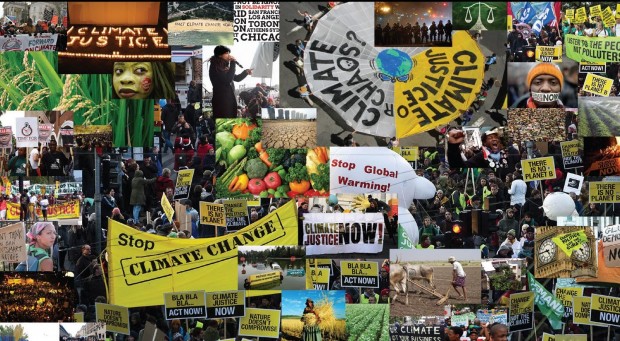 The People’s Climate March in New York this September brought hundreds of thousands of people into the street to call for climate action. It was the largest climate march ever in the United States and it was beautiful for its energy, diversity and imagery. The march demonstrated that a national consensus for action on climate change is building. Now, a crucial task is to have clarity on what that action ought to be.

For more than twenty years, the United Nations has been using a process through its Framework on Climate Change to address the climate crisis. Each year, the Conference of Parties (COP) meets to discuss specific actions. Yet, despite these meetings and the resultant Kyoto Protocol, the climate crisis has been worsening. Scientists warn that by 2018, we will have reached the limit of our carbon budget and every new power plant, building and car must either replace an old one or be carbon neutral.

It is time that all people understand why the efforts to mitigate the climate crisis have failed to date, what needs to be done now and how the social transformation which will bring about the necessary changes works. Brian Tokar’s newly revised “Toward Climate Justice: Perspectives on the Climate Crisis and Social Change” does just that and that’s why I recommend it as essential reading for everyone. It provides facts and explanations to counter the current misinformation about climate change and the proposed solutions to the climate crisis.

Tokar has been deeply involved in climate justice work for decades. He provides clear insight into the failures of the United Nation’s COP process and the rise of the global climate justice movement led by those on the front lines of the climate crisis. He instructs the reader about false solutions such as carbon trading, biofuels and nuclear energy. And he describes the histories of the counterproductive climate bill of 2009 and Obama’s “All of the above” energy strategy.

But Tokar doesn’t stop at explaining the problems. He also offers solutions, and he does so in the context of the theory of Social Ecology first developed by Murray Brookchin in the 1960’s that seeks to ‘harmonize man and nature.’ Rather than being lured by Green Capitalism and technological fixes, Tokar urges us to build a social movement that reaches to the roots of the crises. He urges us to completely transform society so that it is more about creating non-hierarchical communities based on interdependence in which everyone’s basic needs are met.

The seeds of that new society are here. We’ve seen it in the Occupy movement that operated through general assemblies and mutual aid. It was on display the day after the People’s Climate March when thousands of us sat-in around the Wall Street bull with the clear message that capitalism is at the heart of the climate crisis. And it is rising in the new economy movement that is sprouting up from Richmond, CA to Jackson, MS to Baltimore, New York and Boston. We are all needed in this move towards climate justice.