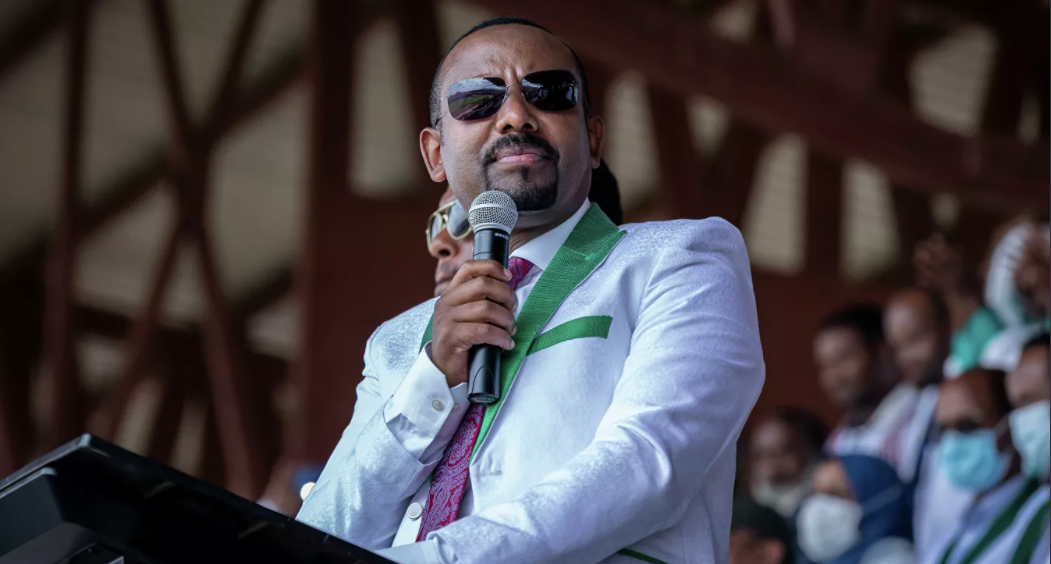 Ethiopia: Abiy Will Lead Army In Anti-TPLF Struggle ‘From The Battlefront’

Ethiopian Prime Minister Abiy Ahmed said on Monday that beginning the following day, he would take personal command of the war effort against the Tigrayan People’s Liberation Front (TPLF), an armed rebel group that has taken over the northern Tigray region and invaded several neighboring states.

In a Monday statement, the Ethiopian head of government said he would “lead the fight from tomorrow onwards,” calling on all Ethiopians to unite in defense of their country and on all Black people across the world to defend Ethiopia in the spirit of pan-Africanism.

“Starting tomorrow, I will mobilize to the front to lead the defense forces,” Abiy said in the release. “Those who want to be among the Ethiopian children who will be hailed by history, rise up for your country today. Let’s meet at the front.”

“We are now in the final stages of saving Ethiopia,” he added. “Our enemies are attacking us on the outside and on the inside … This is the struggle of all Black people. It is a conspiracy to humiliate Black people and subdue Ethiopia in a new colonial yoke.”

Abiy’s government in Addis Ababa has faced down a renewed threat by the TPLF for nearly a year after the group revolted against his government in response to reforms that weakened its once-domineering power over Ethiopian affairs. In recent months, the TPLF has launched new operations outside of Tigray state into neighboring Afar and Amhara states, repudiating a unilateral ceasefire by the Ethiopian government.

The TPLF has claimed it has widespread support and openly threatened to march on the capital, although it’s unclear if the rebel group has the power to do so and Abiy’s government has sought to dissuade fears that Addis Ababa is in danger. Critics have also said the TPLF’s claims of support are overstated.

In May, the Ethiopian parliament categorized the TPLF as a terrorist organization.

Abiy came to power in 2018 amid a wave of discontent with the TPLF-dominated government, and under his tenure political reforms have attempted to undo much of the federative structure the TPLF used to control the country’s other ethnicities. He was given a Nobel Peace Prize for signing a peace treaty with Eritrea, ending a 20-year war that killed more than 120,000 people.

The US, which had a close War on Terror partner in the TPLF-led government, has called for peace and sanctioned the governments of both Ethiopia and its ally, Eritrea, saying they have “contributed to the crisis and conflict” and “undermined the stability and integrity of the Ethiopian state.”

On Monday, US Special Envoy for the Horn of Africa Jeffrey Feltman returned to Washington after traveling to Addis Ababa over the weekend to meet with Ethiopian officials and representatives from the African Union, which is also headquartered in the city.

“We have continued to call for an end to the fighting,” US State Department spokesman Ned Price told reporters on Monday. “We have continued to call for the parties to engage in diplomacy in furtherance of a cessation of hostilities, just as we have reiterated the calls of the international community for an end to the human rights abuses and violations that we’ve seen.”

The US Federal Aviation Administration (FAA) has also issued a warning to pilots that there is a risk of encountering anti-aircraft fire over Ethiopia, something the government has disputed. The FAA said there is “no indication of an intent to threaten civil aviation.” Ethiopian Airlines, Africa’s largest air carrier, is headquartered at Addis Ababa Bole International Airport.

The conflict has created a massive humanitarian crisis, with more than 70,000 people fleeing across the border into neighboring Sudan and an estimated 4 million more internally displaced, according to United Nations data. There is no reliable death toll for the conflict.