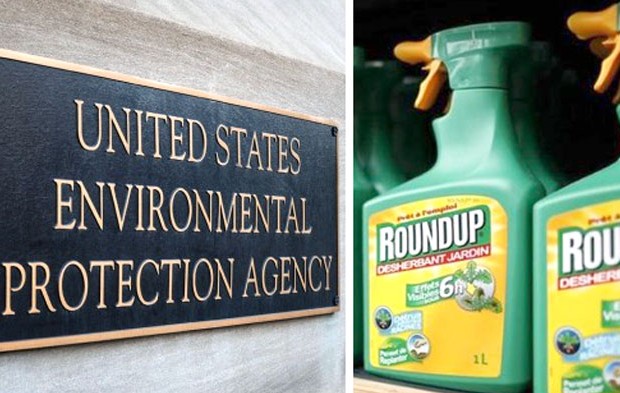 Above Photo: Sources told Sustainable Pulse that the EPA allegedly attempted “to take the legal pressure off the pesticide industry and specifically large producers of glyphosate-based herbicides such as Monsanto,” by releasing the Cancer Assessment Review Committee draft report.

As expected, the European Commission has extended the license for glyphosate for 18 months. Health Commissioner Vytenis Andriukaitis announced the last-minute re-licensing on June 28 despite failing three times in a row to secure a majority decision from the European Union’s member states.

The EU’s current approval of glyphosate had been set to expire on Thursday but due to the member state gridlock, the EU’s executive body had the final say on whether or not the controversial weedkiller remained on Europe’s shelves. Had glyphosate’s license been allowed to expire, manufacturers would have been given six months to phase out products containing the chemical, such as Monsanto’s Roundup and other herbicides.

“The commission will follow our legal obligation. We know very well that we have a deadline of June 30. We will adopt an extension for glyphosate of 18 months,” Andriukaitis said at a news conference.

Europe’s opinion of the widely used pesticide has been sharply divided ever since March 2015 when the World Health Organization’s International Agency for Research on Cancer classified glyphosate as a probable carcinogen. To complicate matters, other regulatory agencies such as the European Food Safety Authority, declared glyphosate as safe in November.

Andriukaitis noted that the 18-month extension will allow the European Chemicals Agency to further assess the product’s safety.

However, the fact that the commission originally proposed to extend glyphosate for another 15 years but has now whittled it down to a temporary approval highlights the chemical’s uncertain fate on the continent.

“This decision by the commission to extend the approval of glyphosate in spite of last week’s vote shows a disdain for the opposition by the public and EU governments to this controversial toxic herbicide,” Green Party MEP Bart Staes said.

“As perhaps the first EU decision after the UK referendum, it shows the commission is failing to learn the clear lesson that the EU needs to finally start listening to its citizens again. This temporary extension must be the beginning of the end for glyphosate; we would now urge EU governments and regions to exercise their rights to impose significant restrictions on its use, so we can begin the process of phasing-out glyphosate.”