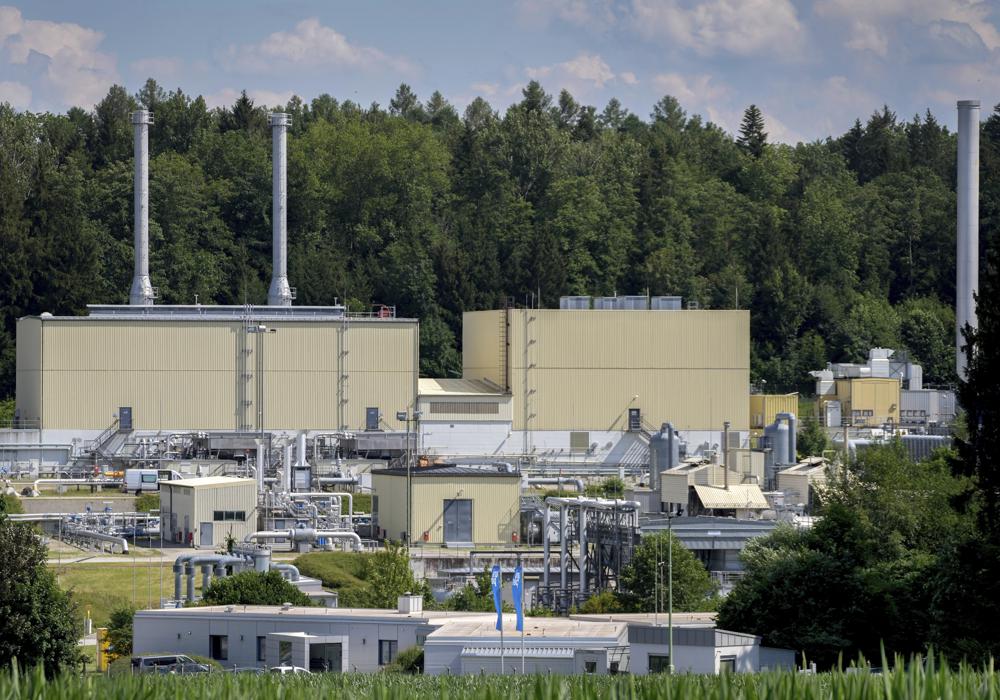 Above Photo: Exterior view of the ‘Bierwang’ gas storage facility of the ‘Uniper’ energy company in Unterreit near Munich, Germany, Wednesday, July 6, 2022. Europe’s feeling the pain from the war in Ukraine. More so than the U.S., the 19 countries that use the euro are under pressure from high oil and gas prices. While Europe struggles, Russia has stabilized its currency and inflation – but economists say that’s misleading and that the Kremlin has bought itself long-term stagnation by launching the war. Matthias Schrader / AP Photo.

The US-led sanctions campaign against Russia has done nothing to stop the war in Ukraine or hurt Vladimir Putin, but the toll continues to mount on Western economies and there are increasing signs that Europe is facing a major economic crisis.

The euro has reached a 20-year low against the dollar, inflation is at a record-high 8.6%, and economists are predicting a recession if the EU is cut off from Russian gas. Russia has already stopped supplying some EU members for their refusal to pay in rubles, something Putin required in retaliation for sanctions that targeted Russia’s use of the dollar and euro.

The Nord Stream 1 natural gas pipeline that connects Russia and Germany is currently shut down for routine maintenance, but there are growing fears that the pipeline might not come back into service. The Russian gas company Gazprom delivered a letter to European buyers dated July 14 that said they cannot guarantee gas supplies because of “extraordinary” circumstances.

Russia already reduced the amount of gas Nord Stream 1 carried by 40% in June because a turbine being serviced was stuck in Canada due to Western sanctions. Canada eventually agreed to return the turbine, a move that was denounced by Ukraine.

Germany and other European nations are preparing to ration gas for the coming winter. Bloomberg reported Monday that a halt of Russian gas supplies to Europe could potentially reduce the EU’s gross domestic product by as much as 1.5% if the winter is cold and the EU doesn’t take enough measures to save energy.

Meanwhile, Russia is making more profit from oil sales than before the war and the ruble is the strongest performing currency of the year as Russia had worked to shield itself from Western sanctions. Russia defaulted on its foreign debt, but it’s not a true default since it has the funds to pay, but its foreign currency reserves have been frozen by Western sanctions.

The US is mulling ways to correct its failed sanctions campaign, including by trying to implement a price cap on Russian oil. But the plan is doomed to fail as it would require the cooperation of Russia and its new top oil buyers, China and India. Analysts have warned attempting the price cap could send global oil prices to over $300 per barrel if Russia retaliates by reducing production.