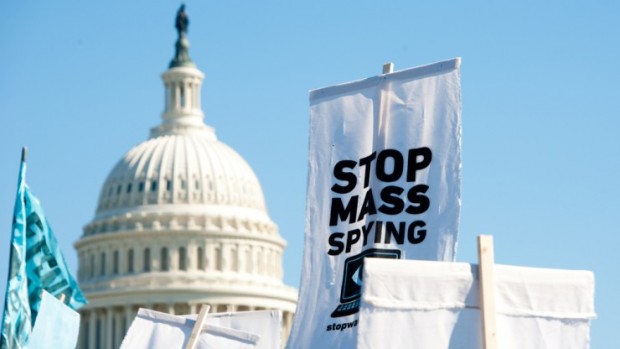 Even If Patriot Act Expires, Government Will Keep Spying

Government Will Use “Secret Interpretations” to Get Around Legal Prohibitions

Mass surveillance under the Patriot Act is so awful that even its author says that the NSA has gone far beyond what the Act intended (and that the intelligence chiefs who said Americans aren’t being spied on should be prosecuted for perjury).

Specifically, the government is using a “secret interpretation” of the Patriot Act which allows the government to commit mass surveillance on every American.

So it’s a good thing that the Patriot Act may expire, but don’t get too excited …

ZDNet agrees … and notes that Congress doesn’t even know about many of the government’s spying programs. And see this.

Indeed, the government now uses secret evidence, secret witnesses, secret interpretations, and even secret laws. See this and this.

It’s not rule of law. This secret law, secret rule, executive authoritarianism has saddled up again.

Under international human rights law, secret “law” doesn’t even qualify as “law” at all.

This includes not just the law itself, but the judicial and executive interpretations of written laws because both of those are necessary to ensure that people have clear notice of what will trigger surveillance.

This is a basic and old legal requirement: it can be found in all of the founding human rights documents. It allows people the fundamental fairness of understanding when they can expect privacy from the government and when they cannot. It avoids the Kafkaesque situations in which people … cannot figure out what they did that resulted in government scrutiny, much less clear their names. And it ensures that government officials have actual limits to their discretion and that when those limits are crossed, redress is possible.

To bring the U.S. in line with international law, it must stop the process of developing secret law and ensure that all Americans, and indeed all people who may be subject to its surveillance have clear notice of when surveillance might occur.

Remember, the Nazis claimed – just like the NSA – that the truth was too complicated and dangerous to disclose to the public. That was B.S. then … and it’s B.S. today.

It doesn’t matter who occupies the White House: the secret government with its secret agencies, secret budgets and secret programs won’t change. It will simply continue to operate in secret until some whistleblower comes along to momentarily pull back the curtain and we dutifully—and fleetingly—play the part of the outraged public, demanding accountability and rattling our cages, all the while bringing about little real reform.

Thus, the lesson of the NSA and its vast network of domestic spy partners is simply this: once you allow the government to start breaking the law, no matter how seemingly justifiable the reason, you relinquish the contract between you and the government which establishes that the government works for and obeys you, the citizen—the employer—the master.

Once the government starts operating outside the law, answerable to no one but itself, there’s no way to rein it back in, short of … doing away with the entire structure, because the corruption and lawlessness have become that pervasive.