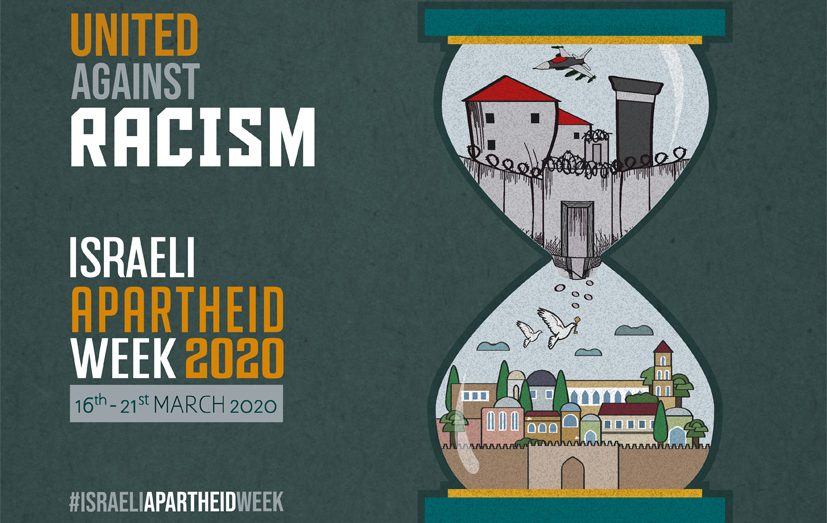 Call out for Israeli Apartheid Week 2020

In March, we will launch Israeli Apartheid Week (IAW) 2020 under the theme, “United against Racism,” advocating for Palestinian rights in the context of global struggles against racial oppression. It is more urgent than ever to join together our struggles for freedom, justice, equality and dignity and to recognize that Israel’s far-right regime is a key partner of authoritarian and even genocidal regimes worldwide, supplying them with deadly military and security technologies.

Israeli apartheid poses a serious threat not just to the indigenous Palestinians but also to oppressed communities worldwide. For example:

Palestinians and progressives worldwide are resisting the Trump-Netanyahu “deal of the century” not only because it is designed to entrench Israeli apartheid and liquidate Palestinian rights. It also embodies a trend of undermining international law and, with it, world peace.

In this context, resisting anti-democratic attempts to silence and demonize advocacy of Palestinian rights, especially in western states, becomes crucial in defending universal civic and democratic rights, including freedom of expression.

From Palestine and other Arab countries, and across wider Asia, Africa, Europe and North and South America, IAW 2020 will take place primarily between 16 March and the The International Day for the Elimination of Racial Discrimination on 21 March. This latter day commemorates the massacre committed in Sharpeville in 1960 by the South African apartheid regime.

IAW activities will raise public awareness and take to the streets to convey the message that what was unacceptable in South Africa under apartheid must not be accepted in Palestine today. Israel’s regime of racial superiority and segregation, settler colonialism, ethnic cleansing and expropriation of the indigenous Palestinian people, underpinned and “legalized” by a system of racist Israeli laws and military orders, is a regime of apartheid as defined in international law.

Governments worldwide and the United Nations have defined apartheid as a crime against humanity that must be suppressed and punished wherever it is perpetrated. Joining the Palestinian civil society-led BDS movement in global Boycott, Divestment and Sanctions campaigns is a moral duty of citizens, and it is the most effective means for building pressure on governments to eventually impose sanctions on Israeli apartheid similar to those that helped end apartheid in South Africa.

United against all forms of racism and racial discrimination

Register your event by sending an email to iawinfo@apartheidweek.org or by contacting your regional coordinator. Please provide us with the following:

-The organizer(s) of the event;

-The name, date, place and time of the event;

-A description of your event;

-A link to a website or social media source where the event is or will be promoted and where we can find all the information and any graphics. 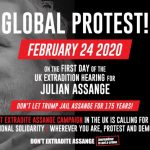