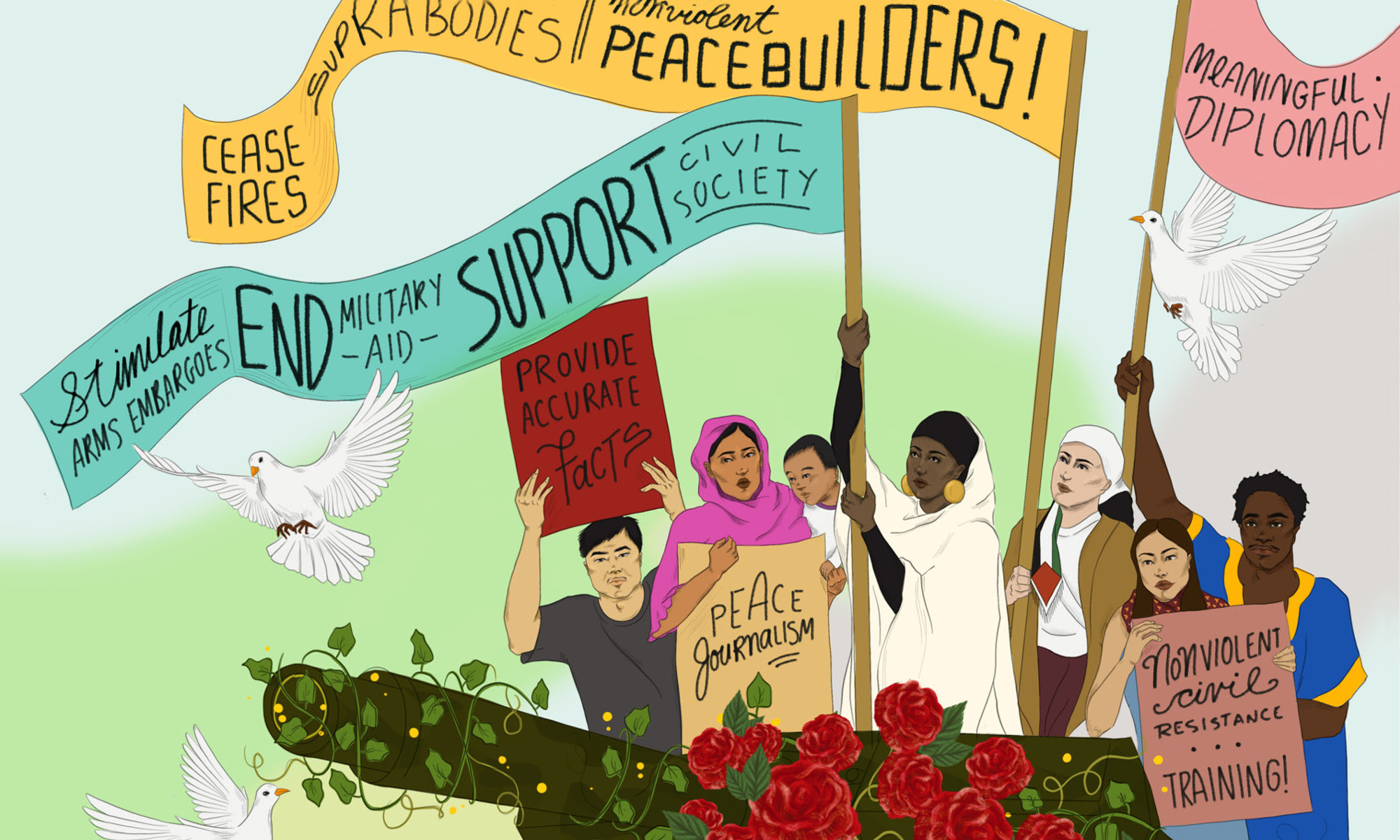 Here is the website for #NoWar2020, our 5th annual global convergence! We’re converging on Ottawa this May 26-31 to say NO to CANSEC, Canada’s biggest annual weapons expo.

A week of activities includes activism workshops & trainings, panel presentations, art-making, film screenings, and nonviolent action at CANSEC, the arms fair. Registration is now open for #NoWar2020! (When you register for the conference on May 29-30, check the boxes to indicate which other actions you’ll be joining us for throughout the week!)

We’re bringing in nonviolence trainers, grassroots organizers, and activists from around the world to share strategies and tactics for taking on the weapons industry and disrupting the global arms trade. Te Ao Pritchard will share lessons learned from the successful campaign to shut down New Zealand’s weapons expo. Siana Bangura from Campaign Against Arms Trade (CAAT) UK will share her experience organizing against DSEI, one of the world’s largest arms fairs. Richard Sanders of the Coalition to Oppose the Arms Trade (COAT) will talk about the history of CANSEC, including his work organizing the first protest against the arms bazaar in Ottawa (then called ARMX) in 1989.

In addition to the conference focus on the global arms trade, along with the growing concern about weapons in space, #NoWar2020 puts the focus front and center on the connections between the war economy and climate change. Highlighting the themes of “demilitarize to decarbonize” and “weapons to windmills,” #NoWar2020 calls for divestment and disarmament, and the conversion to a peaceful, green, and just future. Featured speakers include CODEPINK’s Medea Benjamin and World BEYOND War’s own David Swanson, plus Kathy Kelly, Tamara Lorincz, Susi Snyder, Yves Engler, Dave Webb, and Bruce Gagnon.

This conference is unique because we are organizing it in partnership with an amazing international team of individuals and organizations, including Canadian Voice of Women for Peace and the Global Network Against Weapons and Nuclear Power in Space. View the full list of sponsors and endorsers — and, if you’re affiliated with an organization, add your group’s name too!

By situating our conference alongside the weapons expo, our international coalition is bringing global attention to Canada’s role in the arms trade and providing opportunities not just for education, but also for nonviolent direct action. And that’s why we’re pairing the conference with art-making workshops and nonviolence skills trainings to give participants the tools to put words into practice.

Join us in Ottawa as we call for divestment, disarmament, and demilitarization – the redirection of resources to human and environmental needs and the decolonization of our cultures as we convert to a peaceful, green, & just future. 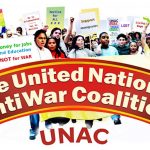 Rise Against Militarism, Racism And The Climate Crisis