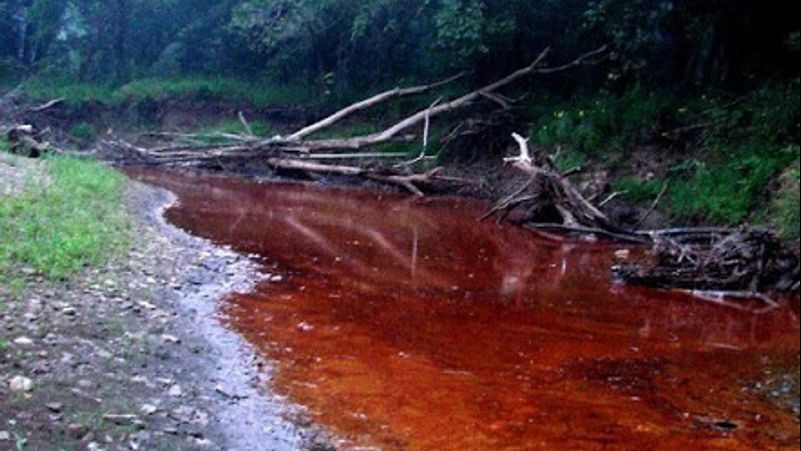 The affirmation, the rallying cry – the words that defined a place, a time, a movement – for indigenous rights, climate justice, and which laid bare the evils of colonialism, capitalism and dirty energy. And although the 2016 fight against “the black snake,” the Dakota Access Pipeline, is past, the actions, the words and the fight continue to echo today.

Water is Life – it is where we come from, who we are (both in a base physical sense and philosophically as fluid beings in space and time), how we and the ecosystems we depend on survive. And therefore, it is also of prime interest to a capitalist system desperate to commodify everything and everyone. Water is literally a traded commodity on the stock market , perhaps the most prime example of how our system treats finite entities like water as if they were infinitely marketable while treating infinite 1s and 0s on a screen as if they were essential to our survival as a species. Clearly we can live in a world without water but not without money.

From the water wars out west where extreme drought and manufactured oases are turning neighbors into Mad Max style enemies to the poisoning of potable water by industry, our most sacred and necessary “commodity” is under threat.

Still, in this topsy turvy world, collecting rainwater can get you slapped with fines or even worse – as several local governments consider rainwater the “property of the state.” No, I’m not kidding. And while Joe over here is serving time for stealing from both sky and state, big industry can suck up billions of gallons of water in order to essentially poison other water sources.

Anyone who has followed fracking will have seen the images and reports of flammable water, the rise in cancers, chronic disease and other ailments where fracking has decimated groundwater sources. And yet, these horrors are only the end result of a process that uses astronomical amounts of water in order to frantically pull oil and gas from hard-to-reach nooks and crannies beneath our feet – as if there were no other energy sources save those that wreak such havoc.

As reported by FracTracker , in 2019 alone, “fracking operators used an average of 14 million gallons of water per well, with the maximum amount reaching 39 million gallons for a single well.” That’s PER WELL. To give you an idea, here’s a screenshot of a roughly 40 mile wide section of West Virginia. Each purple dot is a well. Each. And. Every. Purple. Dot.

Zooming out we can see a generalized map of oil and gas wells across the state of West Virginia.

The scale of this mayhem is hard to comprehend. When taken together, the amount of fresh water used to frack combined with the destruction of groundwater sources after the fact, the theft and poisoning of our source of life is absolutely mind boggling.

And here we can see the grotesque design of the system at work. Water is such a hot ticket “item” on the stock market precisely because it is becoming more and more scarce. The system will not stand up to stop this homicidal destruction – rather, like a virus it will kill its host before retreating. Our only path forward is indeed a hard road of hope – as it were. But our only path forward demands a systemic approach that doesn’t just play whack-a-mole with one or two industry players. In short, we can not have capitalism and a livable future. We can not have a system that holds profit above water – above life. Until the structures we live by adopt and internalize the affirmation and indeed the demand that “Water is Life,” the vampires of capitalism will suck us dry.

This post pulled info and images from our friends over at FracTracker . Please check out their extensive library of resources and maps to learn more and get involved.