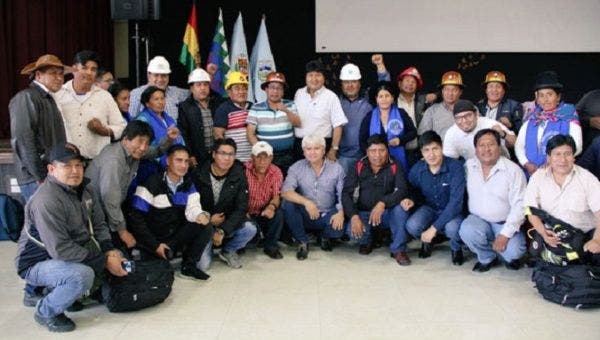 The Former President Of Bolivia, Evo Morales, Is Promoting The Creation Of The “Estado Mayor Del Pueblo” (The People´s General Staff) To Defend And Guarantee The Government Of Luis Arce.

“The social, union and indigenous organizations decided to form the General Staff of the People for the people as a space to defend the sovereignty and dignity of our democratic and multicultural revolution (…),” Morales announced on Monday after a meeting of leaders, held in Cochabamba in the center of the South American country.

In this sense, the former president stressed that the “Estado Mayor” is made up of “national organizations affiliated and not affiliated to the Central Obrera Boliviana (COB),” including the peasant and indigenous confederations grouped in the Unity Pact, one of the pillars of the ruling Movement Towards Socialism (MAS).

The founding declaration of the “Estado Mayor” has been disclosed by the media. It acknowledges the signatures of Morales and national leaders of the miners and oil unions, together with organizations of mining cooperatives, peasant women and indigenous peoples.

“We decide to conform the Major State of the people as a plurinational space in defense of the sovereignty and dignity of our democratic and cultural revolution in the face of the siege of the capitalist system and the fascist and racist right-wing with false populist discourse” states the note.

1° The trade union and indigenous social organizations decided to create the Estado Mayor del Pueblo for the people as a space for the defense of the sovereignty and dignity of our democratic and cultural revolution.

Another of the resolutions is the declaration of a permanent state of emergency “to defend the democratic institutionality of the Plurinational State.” They also determined “to protect the administration of the Government of President Luis Arce and Vice President David Choquehuanca against the destabilization attempts of the right-wing at national and international level.

Arce’s triumph in the October 18 elections, marking the return to power of MAS, has become a reality, despite all attempts by Bolivia’s de facto government to prevent it.

That election took place 363 days after the coup d’état in Bolivia, orchestrated by the opposition and supported by the U.S., an event after which Morales resigned as President of the country.