The Green New Deal and multiple proposed laws and resolutions in the U.S. House (HRes.540, HR.3314, HR.3671) and Senate (SRes.632, S.987) call for the United States to move entirely from fossil fuels to clean, renewable electricity and/or all energy. A new bill was just introduced by Rep. Ted Lieu (D-Los Angeles County) and Rep. Jimmy Gomez (D-CA), calling for the U.S. to produce 100 percent of its electric power from renewables by 2035.

Recently, though, some vocal advocates have pushed back, claiming that the only way prices will stay low with large amounts of renewables on the power grid is to use nuclear power, fossil fuels with carbon capture, and biofuels, which they claim are “zero carbon.”

Here is why nuclear, fossils with CCS, and biofuels should be excluded.

All three technologies are opportunity costs. They raise costs to consumers and society, slow solutions to global warming and air pollution by increasing carbon and emissions relative to clean, renewables (thus are not zero carbon), and/or create risks that clean, renewables don’t have.

For example, onshore wind and utility PV are now the cheapest forms of electricity in most countries, including the U.S. New nuclear today costs 4 to 6 times that of new solar or wind to produce the same electricity. Further, a nuclear plant takes 5 to 17 years longer between planning and operation than does a solar or wind farm.

Thus, every dollar spent on nuclear results in 1/5th the energy production and 5 to 17 years more coal and gas burning than if wind or solar were installed instead. This delay and lower energy production from new nuclear condemns millions more to die from air pollution, which today kills 4 to 9 million people worldwide.

By choosing to build several nuclear plants a decade ago that have yet to operate, China suffered an increase in its overall CO2 emissions by 1.4 percent between 2016 and 2017 rather than seeing a decrease of 3.4 percent if it had spent the money on wind and solar instead.

Given that many 100% renewable policies call for a full transition of electricity by 2035, and given the financial and time requirements of nuclear, it is all but impossible for any more than a few new nuclear plant to be in place in by then.

In terms of emissions, nuclear is not zero carbon. A new plant emits 9 to 37 times the carbon emissions over its life as onshore wind, partly due to the fossil fuels used in mining and refining uranium continuously and building the facility but more because coal and gas plants are emitting during the long planning-to-operation time of a nuclear plant.

Evaluation of Nuclear Power as a Proposed Solution to Global Warming, Air Pollution, and Energy Security

Just as importantly, according to the Intergovernmental Panel on Climate Change, there is “robust evidence and high agreement” that nuclear power raises concerns about weapons proliferation, core meltdown, creation and storage of radioactive waste, and land-use degradation from mining. Wind and solar power do not have these concerns.

Next, neither coal nor natural gas with carbon capture and sequestration (CCS) is remotely close to zero carbon. For example, the Petra Nova project in Texas combines a coal plant with CCS. However, a natural gas plant was built just to run the CCS equipment, and when accounting for the actual efficiency, natural gas combustion emissions, CO2 combustion emissions, and methane leaks from mining the gas, the plant reduces only 22 percent of the carbon it was designed to over 20 years – at an additional cost of $4,200/MW. That same investment could have been spent on wind and solar to replace the entire coal plant and 100% of its emissions.

Evaluation of Coal and Natural Gas With Carbon Capture as Proposed Solutions to Global Warming, Air Pollution, and Energy Security

Why Not Liquid Biofuels For Transportation as Part of a 100% Wind-Water-Solar (WWS) and Storage Solution to Global Warming, Air Pollution, and Energy Security 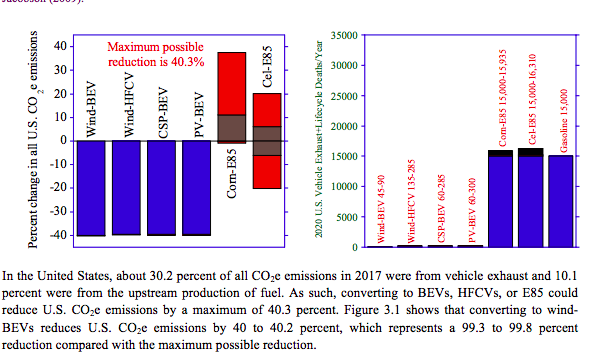 Why Not Biomass For Electricity or Heat as Part of a 100% Wind-Water-Solar (WWS) and Storage Solution to Global Warming, Air Pollution, and Energy Security

The only exception may be the use of waste landfill and digester methane if it is used to produce hydrogen for use in a fuel cell, since there is no land-use impact and the methane would be emitted in any case.

For about 30 years, we have been researching climate and air pollution problems and clean, renewable energy plus storage solutions to them. Clean, renewables are energy produced from wind, water, and sunlight (WWS). They include onshore and offshore wind, solar photovoltaics (PV) and heat, concentrated solar power (CSP), geothermal electricity and heat, tidal and wave power, and hydroelectric power. Storage includes electricity, heat, cold, and hydrogen storage. 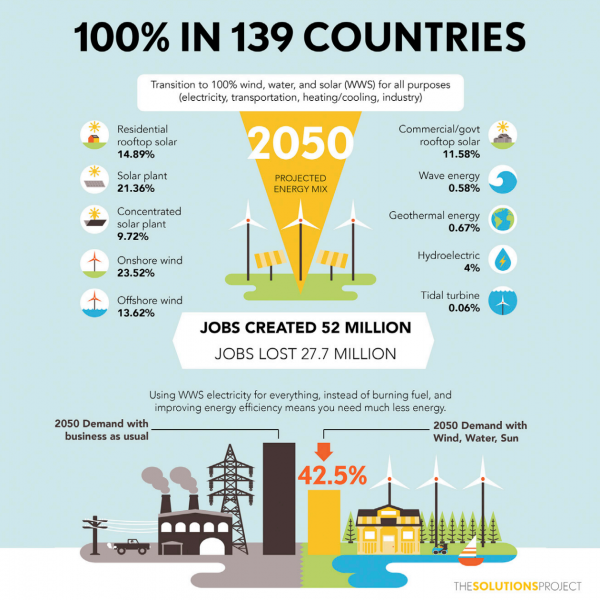 100% Clean and Renewable Wind, Water, and Sunlight All-Sector Energy Roadmaps for 139 Countries of the World 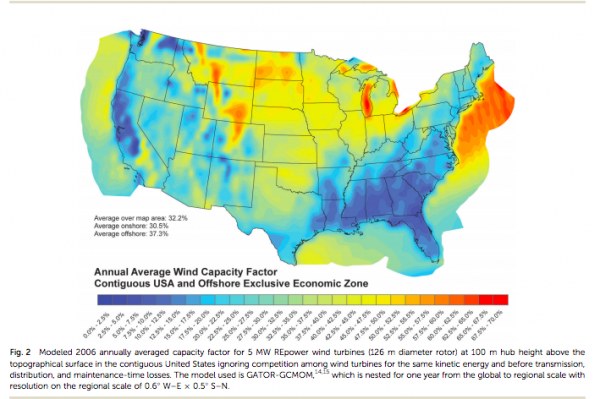 We have found that by electrifying and providing direct heat in all energy sectors with WWS and using storage, the grid can stay stable at low cost throughout the world.

Matching demand with supply at low cost in 139 countries among 20 world regions with 100% intermittent wind, water, and sunlight (WWS) for all purposes 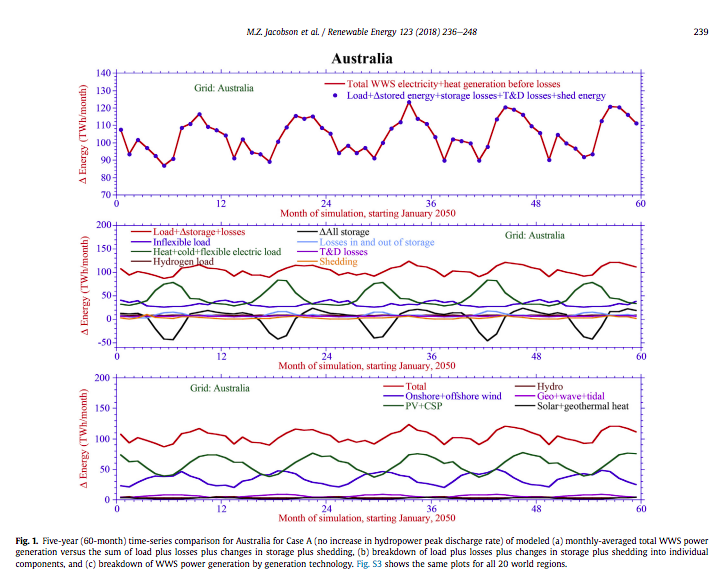 Mr. Delucchi studied physics and engineering his first two years of college at UCLA, then studied urban planning, economics, philosophy, architecture, engineering, public policy, energy use in buildings, and more, for a bachelor’s and master’s degree at Berkeley. After a 3-year hiatus from university, he returned to study environmental science, economics, ecology, transportation energy, and engineering for a Ph.D. at UC Davis. After a one-year post-doc at Princeton, doing analyses of hydrogen energy for transportation, he started his current career as a professional researcher at the University of California, first at UC Davis, now at Berkeley.