Green Party candidates have been excluded from debates and polls across the country by news media and polling criteria that favor Democratic and Republican candidates. Exclusion means Green Party candidates cannot make their case to undecided voters or try to sway decided ones, which is especially crucial in races that determine ballot status. High numbers of undecided voters are a wild card in many races this year and may lead to some “Green” surprises on election day.

Constance Gadell-Newton, candidate for Governor of Ohio, was excluded from three Ohio Debate Commission debates cosponsored by the League of Women Voters because she didn’t poll 10%. Gadell-Newton, who is the only woman in the governor’s race, was not listed by name in the polls taken just before the last debate. For example, in the Baldwin Wallace University poll, only the Democratic and Republican candidates were listed, with “undecided” voters polling at 21%. Three percent is required for ballot status.

This was also the case in the Morning Consult poll, with “Don’t Know/No Opinion” at 23%. In Gadell-Newton’s video statement on the exclusion, she commented, “This kind of exclusion is doing a disservice to voters. The people deserve to hear from all the candidates who will be on the ballot. It’s the people who should decide who’s the best candidate in this race, not the media or the Debate Commission.” 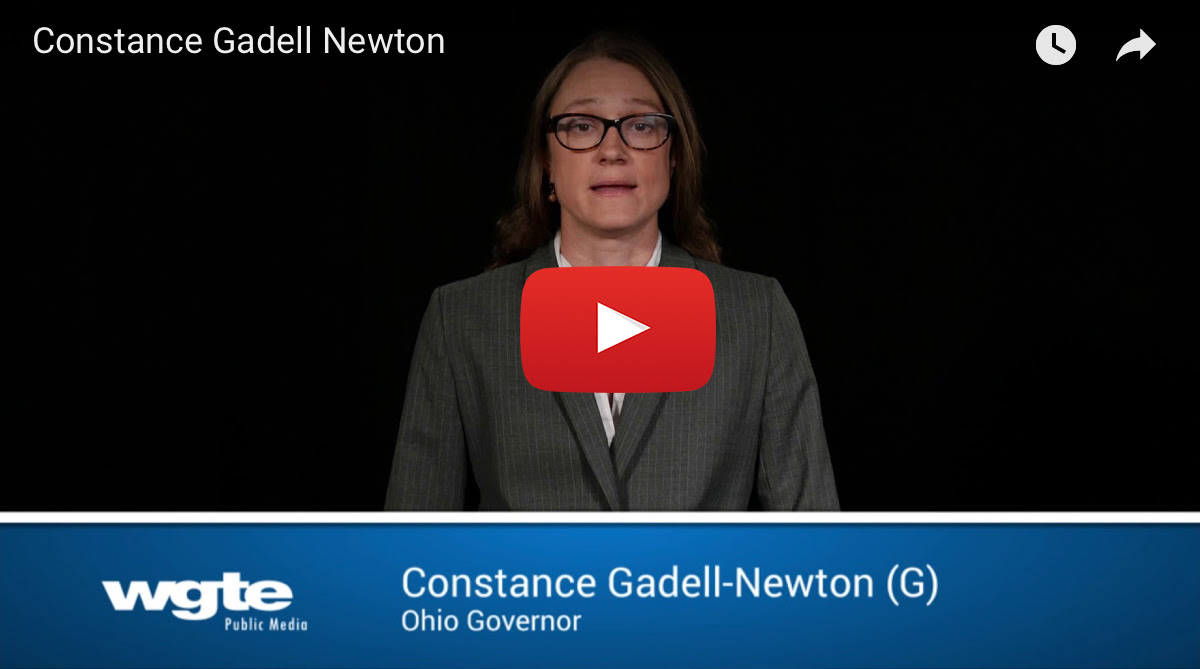 Angel Torres, candidate for Governor of Arizona, was included in the September 24 Arizona PBS debate but excluded from the September 25 Arizona Public Media debate. The exclusion was because he didn’t poll 7%, but the polls leading up to the debate didn’t list his name. For example, in an Emerson College poll, 6% supported “Someone else” and 14% were undecided. In a Marist poll taken before the debate and published afterwards that listed his name, Torres got 7% among registered voters, “Other” got 1%, and undecided went down to 7%. Five percent is required for ballot status.

Jocolyn Bowser-Bostick, candidate for Lieutenant Governor of Pennsylvania, was excluded from the October 6 WPXI-TV debate, which included only two of the four candidates and excluded both women candidates. A recent Franklin & Marshall College Poll in the governor’s race showed 18% undecided. Bowser-Bostick decribed the exclusion as “unreasonable, biased and a disservice to democracy” in her statement about the debate.

Diane Moxley, candidate for U.S. Congress in the 7th District in New Jersey, was excluded from the September 21 News 12 debate and has been excluded from the NJTV debate scheduled for October 17. A Monmouth University poll that did not list her by name showed 2% for “Other” and 12% undecided. Moxley said, “Legitimate candidates in numerous races across the country are excluded from polls and denied participation in debates because they are arbitrarily labeled nonviable candidates. This is the outcome of a rigged system which denies these candidates access to the very means of establishing viability. Here in New Jersey, I have not been included in the polls and it is the polls that are looked at to get into the debates. This is a catch-22 that peripheralizes alternative views and secures an electoral monopoly for the corporate-funded mainstream parties.”

Madelyn Hoffman, candidate for U.S. Senate from New Jersey running against incumbent Bob Menendez, has been excluded from a NJTV debate scheduled for October 24. A Quinnipiac University poll that did not list her by nameshowed 5% as undecided, but 13% who chose the Democratic or Republican candidate said they could change their mind by election day. An earlier poll showed much higher numbers of undecided voters – 27% overall, with 36% for ages 18-29, 34% for ages 30-49 and 30% for women. Hoffman said, “Public opinion polls like these are skewed because they don’t list the names of all the candidates. It’s important for voters to know the names of all ballot-qualified candidates and how they are polling in order to encourage the highest level of democracy and to inform the voters of all of their choices. This could affect the choices voters make on Election Day. It’s also important for the candidates to see how voters are responding to their extremely serious and high-energy campaigns.”

Debates Should Be a Required Part of the Campaign Process, by Andy Ellis
Green Party candidate running with Glenn Ross for the Maryland House of Delegates, District 45)