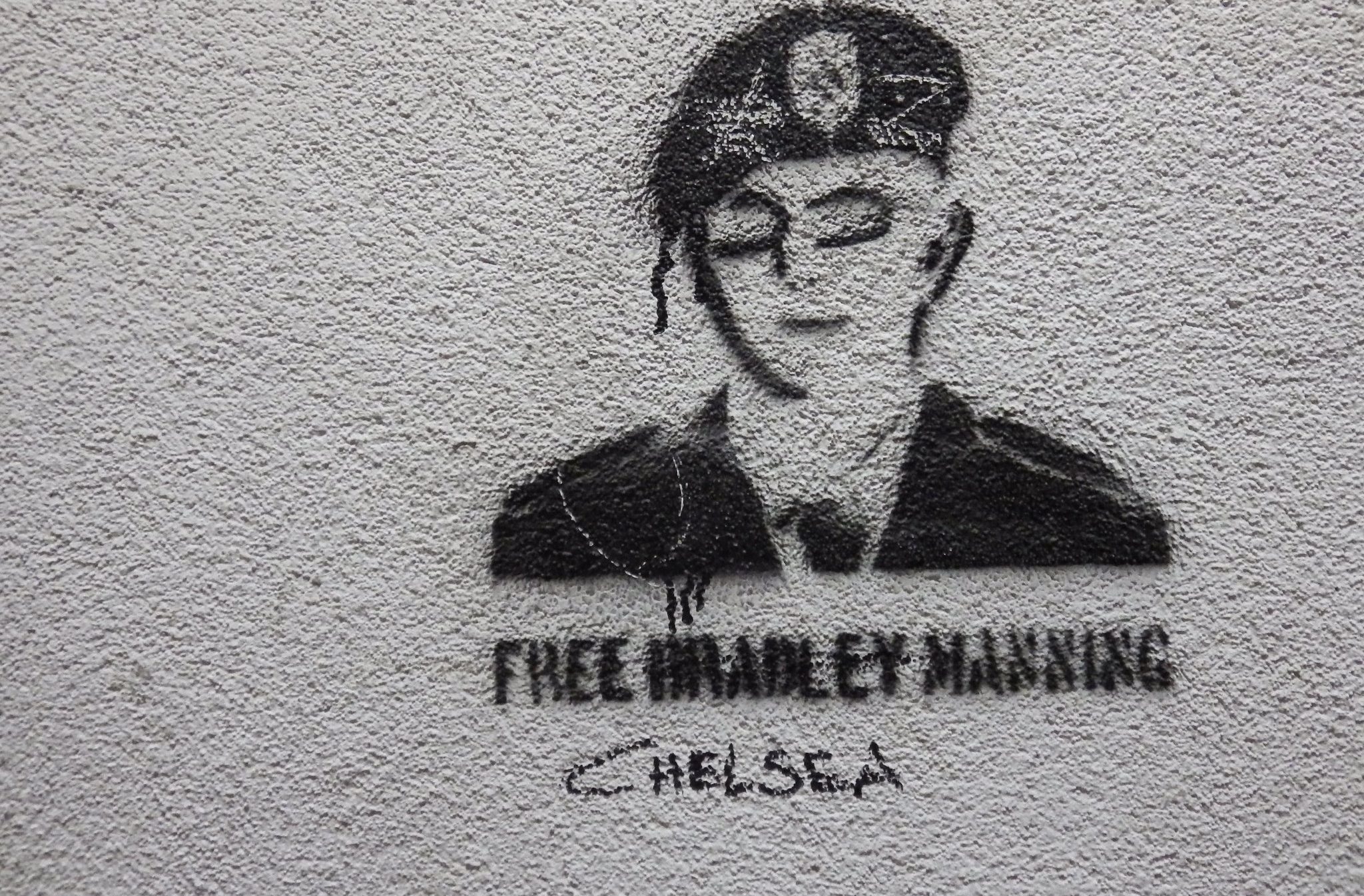 Above Photo: Aesthetics of crisis/Flickr

NOTE:  Popular Resistance has been covering Chelsea Manning’s imprisonment for refusing to testify before a grand jury in Alexandria, VA that is investigating Julian Assange and Wikileaks. Manning opposes the secrecy of the grand jury and has consistently said in court and publicly that she will not testify or cooperate with the grand jury.

The article below explains the argument that Manning is making to the court. The law allows a judge to hold someone in contempt of court in order to coerce them into testifying, but it does not allow a court to punish someone who refuses to testify. Thus far, the courts have not been convinced that Manning cannot be coerced and that she is being illegally punished.

We have supported Chelsea Manning since she was arrested for leaking documents concerning US wars, Guantanamo Bay and the State Department. We were by her side when she faced prosecution and we called for her pardon after she was convicted. We have consistently urged for her release from jail over her refusal to testify. Manning has been a heroic whistleblower and someone who has challenged injustice in criminal law. She has also been a leader in the Trans Rights movement. We urge people to participate in opportunities to support Manning in every way possible.  KZ

This brief digs into the distinction between a punitive sanction and one that is merely “coercive.” A person who is held in civil contempt may be confined (incarcerated) in order to coerce their compliance with the court’s order to testify before the grand jury, but they may not be “punished.”

If there is no coercive effect to their confinement, either because the grand jury has ended, or because there is no possible way they will be convinced to comply with the order to testify, then the confinement must be deemed punitive, and must end.

In the brief, Chelsea’s legal team cites Shillitani v U.S. which found individuals held in civil contempt of court need not be convicted by jury trial to justify their confinement. Shillitani is also the case that established that those incarcerated for not testifying must be released upon the termination of the grand jury as it would become impossible for the witness to “purge their contempt” for the grand jury.

The other leading case in this area, Simkin v. US, establishes that incarcerated witnesses must be freed from confinement if conditions arise that makes purging their contempt impossible. This would include not only the conclusion of the grand jury investigation, but cases in which the witness can demonstrate that their convictions make them “non-coercible.”

Although the grand jury to which Chelsea has been subpoenaed has not yet ended, there is no possible coercive effect to her confinement, because nothing will ever convince her to testify. Therefore, the law suggests that her confinement is impermissibly punitive, and must end.

To determine whether a witness is incoercible, judges review evidence of their character and beliefs, and if the judge is convinced that the confinement has no coercive effect, then it has, by definition, exceeded its lawful scope. Such a judgment would require the witness’ immediate release.

“However counter-intuitive, the state of the law with respect to civil confinement is clear. The sole lawful purpose of confinement is to exert a coercive effect upon a recalcitrant witness. In the absence of a reasonable expectation of coercing testimony, confinement has exceeded its lawful scope, and must be terminated.”

Some of the factors that may go into making an “individualized determination” as to the intransigence of the witness are:

The weight given to each factor is subject to the discretion of each judge, and the burden is on the witness, in this case Chelsea, to convince the court that she will not testify under any circumstances.

“The burden rests with the contemnor to convince the judge of her intransigence, and the district judge retains ‘virtually unreviewable discretion.’”

“Nevertheless, all relevant rulings have made clear that such deference can be extended ‘only if it appears that the judge has assessed the likelihood of a coercive effect upon the particular contemnor. There must be an individualized decision, rather than application of a policy…’”

The legal team then goes on to explain the context of Chelsea’s refusal, citing her reputation as a person motivated deeply by conscience and principle with a vast support network, basically in an effort to check off the six or so factors a judge must weigh in order to consider the coercive effects of incarceration on Chelsea.

The evidence submitted to the court in support of Chelsea’s intransigence include letters from Chelsea’s friends, families, and colleagues who can attest to Chelsea’s convictions, and a declaration from Chelsea herself, outlining her reasons for refusing to testify, and the strength of her beliefs.

Index of letters from friends and family here (in this order):

1. Letter from Chase Strangio, from the ACLU

2. Letter from Evan Greer, Deputy Director, Fight For The Future

3. Letter from Trevor Timm, Executive Director of the Freedom of the Press Foundation

7. Letter from Micah Lee, Journalist and Security Engineer for The Intercept and a Founder and Board Member of the Freedom of the Press Foundation

1. Memorandum of Law in Support of Motion to Release: https://www.aaronswartzday.org/chelsea-mannings-grumbles-motion/