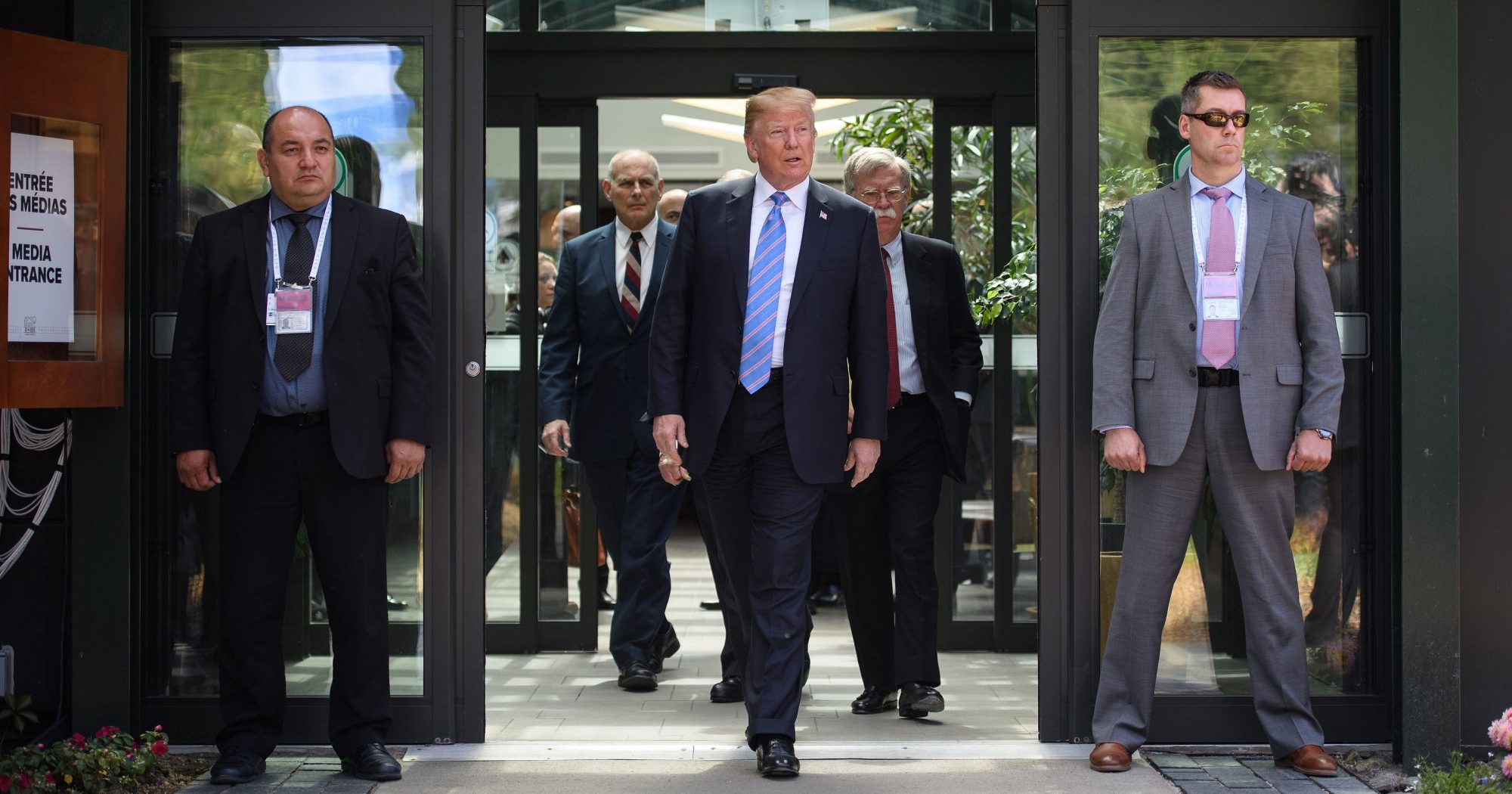 Exit John Bolton, But Will That Mean An End To His Failed Foreign Policy?

Many who oppose the aggressive foreign policy of the United States under President Donald Trump, which has resulted in record numbers of bombs dropped, regime change operations against Venezuela, Nicaragua, Iran and Hong Kong, the abusive use of unilateral coercive measures (sanctions) and record military budgets, cheered when uber-hawk, John Bolton was removed as the National Security Advisor.

Bolton undermined Trump numerous times such as when Trump wanted to get out of Syria and sought negotiations with North Korea and Iran. Bolton led Trump into regime-change operations in Nicaragua and Venezuela, both of which backfired.

The firing of Bolton is an opportunity for Trump to make a major course correction on foreign policy as the 2020 election heats up. The escalation of military aggression and regime-change actions that have occurred in the Trump era have been inconsistent with his previous campaign statements, which indicated he opposed never-ending wars, nation-building, and interventions abroad and wanted to focus on fixing problems at home in the United States.

Trump has long expressed skepticism about US foreign intervention in activities that he has labeled as “nation-building.” During the presidential election campaign, Trump criticized the war in Iraq, claiming he opposed George W. Bush’s Iraq War at the time and accused Bush of lying about the presence of weapons of mass destruction. In October 2015, he criticized US interventions saying, “We’re nation-building. We can’t do it. We have to build our own nation. We’re nation-building, trying to tell people who have [had] dictators or worse for centuries how to run their own countries.”

In December 2016, before his inauguration, Trump said that the policy of “intervention and chaos” must come to an end. He pledged to “build up our military not as an act of aggression, but as an act of prevention. In short, we seek peace through strength.”

Trump has opportunities to take another course, one that is more consistent with his rhetoric. Chairman Kim of North Korea said he was open to another meeting with President Trump on September 10, the next day, Bolton was fired. Shortly after the firing of Bolton, Secretary of State Pompeo gave the green light for Trump to meet with the President of Iran without preconditions at the United Nations General Assembly meeting in a few weeks. The firing of Bolton may not be enough, Iranian officials have refused any meeting until sanctions are lifted. After Bolton’s firing, President Hassan Rouhani said Trump “should distance itself from ‘warmongers'” after the dismissal of Bolton.

When it comes to Latin America, Trump has been silent, especially about his failed coup in Venezuela. Trump’s previous National Security Advisor, H. R. McMaster, strongly recommended to President Trump not to pursue a military option in Venezuela when Trump suggested it in 2017. He explained that Latin American governments were against foreign intervention in the region. John Bolton gave contrary advice when he dubbed Venezuela, Nicaragua, and Cuba the “Troika of Tyranny” and gave Trump bad advice by urging a strategy of escalating intervention in Venezuela, recognition of a failed coup government and military threats.

When Bolton was fired, the New York Times reported: “Mr. Trump also grew disenchanted with Mr. Bolton over the failed effort to push out President Nicolás Maduro of Venezuela. Rather than the easy victory he was led to anticipate, the president has found himself bogged down in a conflict over which he has less influence than he had assumed. The political opposition backed by the White House could not turn Venezuela’s military against Mr. Maduro and has been stuck in a stalemate for months.”

President Maduro has consistently expressed his willingness to meet with President Trump, despite the brutal economic war, military threats and recognition of the fraudulent Juan Guaido. Trump knows that Maduro is solidly in place as the president of Venezuela. US efforts to undermine his re-election in May of 2018 failed, the multiple coup efforts with Juan Guaido have failed, Venezuela exposed a series of terrorist plots the US was backing and there is little support for military intervention. In addition, because of Trump’s threats, Venezuela has strengthened its relationships with China and Russia, bringing them into Latin America in ways they have never happened before and squeezing out US interests.

John Bolton has put Trump in a trap in Venezuela. Trump has two choices: continued his failed strategy of regime change which has become a quagmire or stop interfering in the internal affairs of the sovereign nation of Venezuela. Once Trump recognizes that Venezuela is an independent nation he can have a diplomatic relationship with the country as exits between most nations. It is time to give up on the embarrassing failed Bolton strategy and pursue a new approach of non-interference and diplomacy.

For most of its history, the US and Venezuela have been allies. It has only been during the eras of Clinton through Obama and the Bolton-era during the Trump administration that the US has been in conflict with Venezuela. Trump can now reverse those mistaken policies and put the United States back on a constructive track.