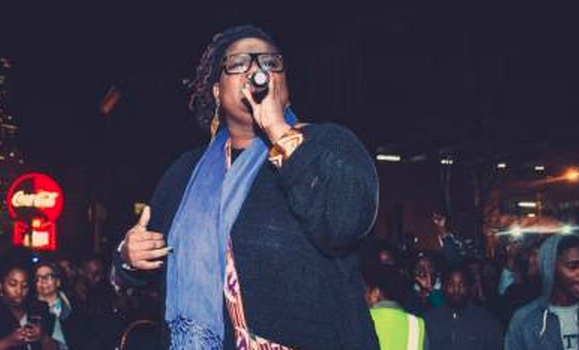 Experiencing Police Brutality Made Me An Activist

This past weekend, I joined over 1500 other activists from across the country in Cleveland, Ohio for the Movement For Black Lives Convening. We were all together — black cis-gendered women and men, black queer women and men, trans women and trans men, black elders, black young people, black babies — from across all movements learning, strategizing, resisting, creating and healing together. For me, it was a truly spiritual experience. I was sad that I had to return to Atlanta early, especially when I realized that this powerful and historic weekend took an unfortunate turn when Cleveland law enforcement arrested a 14-year-old boy and used pepper spray on protestors who fought to protect him.

As I watched this ordeal unfold on social media, I wanted so desperately to be on the front lines with my sisters and brothers. I thought to myself, How could this weekend — one full of so much love and brilliance — end like this? Sadly, I already knew the answer to this question before the question finished formulating in my psyche. We live in a world where the system of white supremacy/racism is like a metastatic disease that we are all forced to live with. It shows up in every area of our lives.

I grew up in the rural South, where the racial divide was apparent in every facet of my lived experience. From our neighborhoods, to who was chosen to be in the honors classes, to our places of worship, black folk knew where they were allowed and where they weren’t welcome. So as one can imagine, the police in my town worked to ensure that the line of division stayed firmly in place.

No one I knew ever trusted the police. We never believed that they were there to protect and serve us. This became abundantly clear when I was 14 years old.

We lived beside the neighborhood car wash. This is where all the young men would come to talk, play their music and show off their cars. During the summer, I would babysit my sister and cousin while our mothers worked. On this day, like any other day, we were all on our front porch listening to the music floating over from the car wash and enjoying the sweetness of a North Carolina summer — until the police showed up.

We were used to the police harassing the men in our community. They assumed that they were all drug dealers, and even though this was true for some, the police never cared to understand why this was the only way that some of the families in our town survived.

With no public transportation, access to jobs with a decent wage was few and far between for many. But the police didn’t care. They were quick to over-criminalize and they prided themselves on keeping the streets clean.

On this particular summer day, they were determined to make a point by bringing out their K9 Unit to sniff for drugs. They focused heavily on my cousin, Lamont. He refused to have them search his car. Today, I know that he was exercising his rights, but his pushback infuriated the cops. Before we knew it, the officers had dropped the leash on the dog and my cousin was running our way to get away.

We were in a state of shock watching my cousin fight off this dog, who was trying to tear him apart. He made his way onto to the porch to try to run into our house, but the dog had us all cornered. I remember him pushing me, my sister and my cousin into the railing on the porch to protect us from the dog trying to bite us. Unfortunately, the dog’s teeth grazed my baby sister.

One of the cops ran up on the porch, and as we pleaded with him to get the dog, he sprayed all us — my cousin, a 14-year-old; an 11-year-old and a 9-year-old — with mace. We called my mother, we called 911 and we waited for the ambulance to come make sure my sister’s bite wasn’t infected.

At 14 years old, I was ready to protest. I was ready to sue the police department. I didn’t have all the answers, but I knew that them spraying adolescents had to be illegal in some kind of way. I remember hearing some rumblings about how they thought my sister was a grown woman — someone they had arrested before. I became even more enraged with how they saw my sister’s stature and immediately criminalized her.

I also remember thinking that maybe this was our way out of the hood. If we could win this case, they would have to pay us, right? My mother wouldn’t have to work so hard. My brother wouldn’t have to worry about being caught up with the wrong people. Maybe we could get a better house. The ordeal didn’t seem so bad then, but today it saddens me to think about the families of victims of police brutality that are offered “settlements” as if the money will settle their grief.

My “fantasy” never became a reality. My mother and my auntie were accused of being bad mothers who couldn’t raise descent men — which is why this whole ordeal happened. My cousin was still prosecuted. My sister’s wound was bandaged up. We stayed in the hood. But I became an activist.

What are we going to do to ensure that in the next two decades, young boys like my nephew, who just started school today, or the 14-year-old who was arrested in Cleveland, are able to live and lead in a world where this is no longer their reality? Fight.

We have nothing to lose but our chains.

In loving memory of my cousin, Lamont Taylor.