As we approached the first weekend of the October Rebellion, it was humbling and inspiring to see that rebels showed no sign of slowing down.

In fact, day 5 was marked by a series of exciting milestones: XR Dublin had their first arrests; XR Israel reached a new level of direct action, as rebels glued themselves to the National Stock Exchange in Tel Aviv; and Aussie rebels pioneered the delightful new concept of ‘Civil Disco-bedience’. 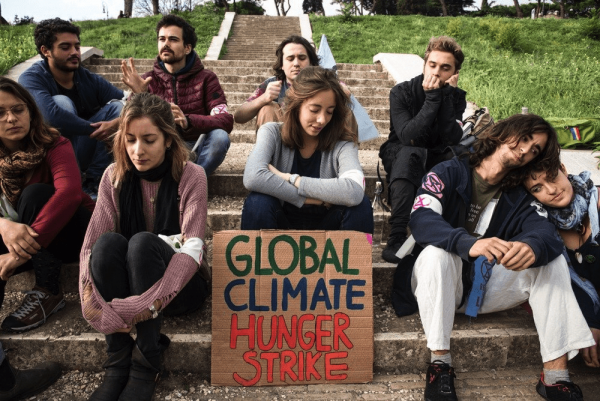 While some sites have been cleared of permanent roadblocks, rebels stayed resilient everywhere: hunger strikers in Italy entered their fifth day, and declared their intent to continue until the Italian prime minister agreed to meet them. Rebels in Australia were undeterred by their government’s plans to fast-track laws targeting protesters. While in Paris, rebels withdrew from Chatelet but only in order to later reappear in a yet more disruptive location!

Day 5 also featured beautiful instances of solidarity between human beings facing the same fate: in Paris, the Yellow Vests supported XR actions, in spite of police attempts to set the groups at odds; and in Buenos Aires, rebels came out to support the native Argentinian population on the Last Day of Free Peoples, which has been celebrated since before the start of the Spanish invasion of the Americas in 1492.

In the words of a rebel in France: ‘each in our own way, but ultimately together.’

That is how we will win. 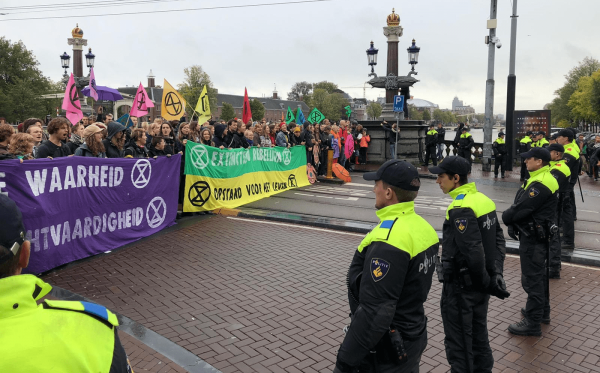 XR Netherlands start off their Saturday in style

If you’d like to help, please check out our guide and learn more about XR.

To connect to rebels in your local area, get in touch with your nearest XR group. If there’s no active group near you, you can start your own!

If you’d like to see previous newsletter issues, you can find them here.