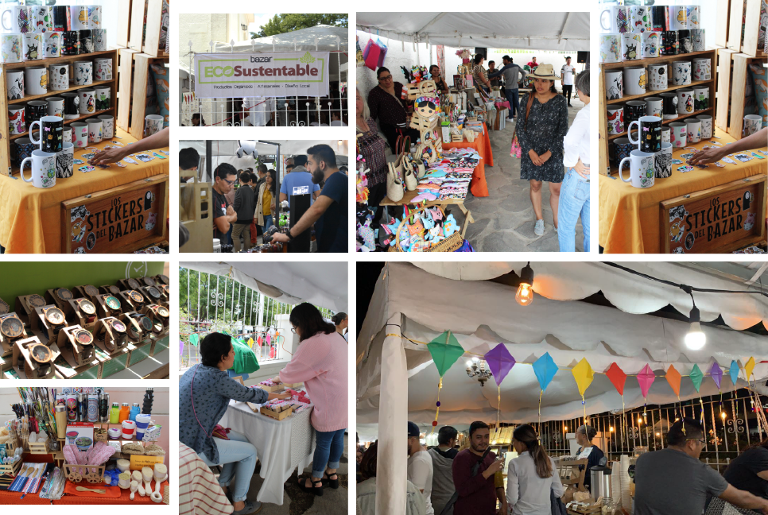 Above Photo: Casa CEM’s Eco-Sustainable Bazaar is environmental education through practice. It is a space that promotes responsible consumption, local and fair trade, reuse, and recycling. Casa CEA.

Grassroots organizations in Mexico are promoting inclusive recycling by helping usher trash pickers, or pepenadores, into the salaried workforce. In the endeavor, they draw on positive experiences around the developing world. What’s more, Mexican environmental activists have devised unique ways to attract community participation in reducing and recycling domestic waste.

Inclusive recycling, according to an Economist Intelligence Unit report, is understood as:

“Those waste management systems that prioritize recovery and recycling, recognizing and formalizing the role of trash pickers as key actors. These systems are built through regulations and public policies, initiatives, programs and actions of the public and private sectors.”

Above all, it is shared responsibility that implements strong zero-waste policy, community leaders say. Policy success depends on consumer cooperation, business participation, and service sector alliances, according to Arnold Ricalde, co-director of the non-profit Organi-K A.C. His 12-year-old nationwide project specializes in environmental education to summon the necessary multi-sector involvement.

Ricalde cites the examples of Brazil and Chile, where trash pickers are called cartoneros. They start out working on their own, and thanks to community organizers, the service sector absorbs them into the formal workforce. The transition provides them social benefits and helps increase the portion of waste that receives adequate treatment.

In Colombia, he says, the law provides effective guidelines for shared responsibility. It recognizes that the cartoneros raise the percentage of waste that is recycled. This normativity also encourages the general population to separate disposables to help them.

“People should deliver their waste separately. Either to the garbage truck or to the collection center. We should always separate it is our responsibility as citizens of the earth.” Arnold Ricalde, Co-director of Organi-K

Organi-K has carried out several studies in collaboration with Fundación Avina to foster acceptance of Mexico’s pepenadores into the ranks of the formal labor force. The research promotes a public policy dignifying their position, rather than accepting their status quo of job insecurity.

To follow in the footprints of Colombia and Brazil, Ricalde points out, Mexico’s inclusive recycling path depends on companies, consumers, labor unions, and pepenadores  forging cooperative links. All should team up to reduce waste and help pepenadores obtain living wages, social benefits, and flexible work schedules.

Among countries in the developed world with good examples of municipal solid waste reduction are Holland, Switzerland, Canada, Spain, and the United States, Ricalde says. There, some cities have secured measures requiring manufacturers to cut back on inorganic containers and substitute packaging with economic value for consumer reuse. Some provide consumer incentives for separating solid waste, public collection centers for repurposing materials, and reimbursements for returning or depositing used products for recycling.

The development of a scientific model called circular economy guides their programming. It consists of reducing overconsumption, keeping products and materials in use, achieving net-zero emissions, and regenerating the natural landscape — at either the local or global scale. Organi-K’s efforts encourage stakeholders to take the systems-thinking approach inherent in forming a new circular economy — eliminating waste by design.

Organi-K specifically focuses on teaching, recycling collection, and normativity. We look at waste reduction as part of a circular process, where different actors are involved and cooperate to make value chains work. Arnold Ricalde, Co-director of Organi-K

His team demonstrates creativity and efficacy in solving waste handling problems. Its achievements prove that determination and action lead to environmental and social progress.

Through novel initiatives such as its *Pepenamo*bile and Pepenafest, his association has discovered how to involve diverse audiences in environmental education. It draws members of the public into a spiral of heightening awareness.

The Pepenamovil is a traveling educational exhibition. It rolls out successive modules to citizens, explaining — through infographics, charts, images, or workshops — that the problem of garbage begins with oneself.

The first module is about self-awareness. Then trainers describe the cradle-to-grave process of plastic output, teaching the different types of plastics so that consumers can make informed choices. Organi-K teams go on to present solutions for multiple domestic waste problems. They offer workshops on repurposing materials at home with techniques such as composting, converting glass bottles into drinking glasses, and turning tires into flower planters. Likewise, they explain where the materials come from and where they go when not all sectors of society participate in their reduction.

The traveling show grew out of a prior Organi-K initiative called Pepenafest, a festival bringing artists, engineers, and educators together to entertain and enlighten fairgoers with ideas for repurposing and recycling. The Pepenamobile has kindled formation of waste handling committees, an audiovisual proposal, and a Pepenathon – a pop-up collection site for community deposit of separated waste.  It even inspired the opening of a gratiferia—a flea market that emphasizes responsible consumerism through the barter of goods. Find more information about Organi-K achievements so far in Bacalar, Tepoztlán, Cholula, Mexico City, Puerto Escondido, and elsewhere around the country. 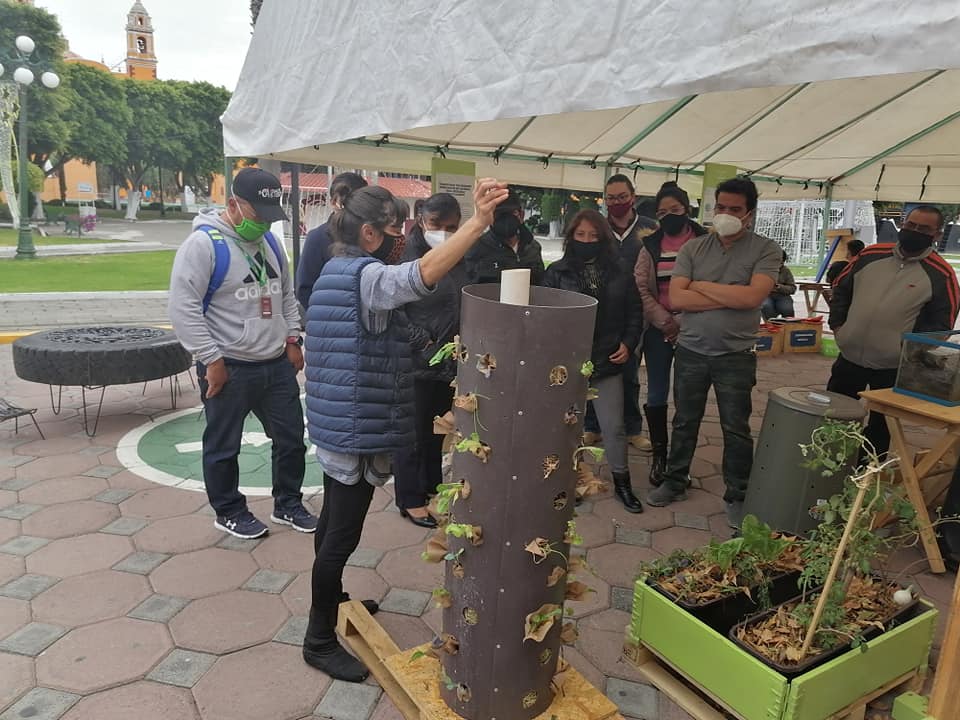 As an environmental education center established more than 15 years ago, it has become an example worldwide through its participation in the International Pesticide Elimination Network. The key to its community outreach, according to General Coordinator Sofía C. Chávez Arce, is “getting our hands dirty.” This is evident in Casa CEM’s recycling programs and its recycling center.

The project designed, developed and implemented the Expanded Polystyrene Free Schools program, which has a duration of 6 months, where the aim is for high schools and universities to eliminate their consumption of polystyrene in order to become certified and cause a multiplier effect at a social and environmental level. At the same time they manage a library of used books, among many other services.

According to Chávez Arce, one of the fundamental hopes for achieving the vision of a national zero-waste system is establishing the extended responsibility of the producer. The government can introduce rules and enforcement measures prompting industry to take charge of the waste from products it generates. Producer take-back programs for plastics, electronics, tires, cars, and other goods would go far toward reaching the goal, Chávez Arce says. In turn, manufacturers benefit financially when they transition to use of materials and processes less damaging to the environment.

Many other grassroots projects, such as CreSer ConCiencia and Ecolana, are joining **Organi-K** and Casa Cem in pointing the way to a national agenda that restores a healthy environment. Get to know them, find a way to contribute, and take part in the change making!