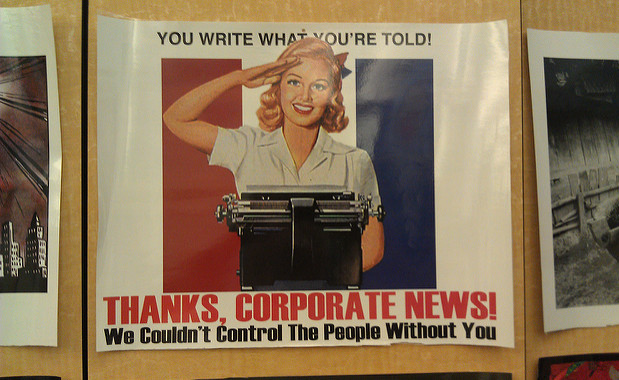 I believe that the murder of Russia’s ambassador to Turkey, Andrey Karlov, was the result of the influence of fake news dominating the corporate media around the world. The shooter, identified as a 22-year-old Turkish riot police officer, shouted that he was upset about what is happening in Aleppo after committing the murder on video.

CNN International and other international news sources are blasting ridiculous propaganda to convince the masses that President Assad enjoys gunning down innocent women and children in Aleppo, while describing the real terrorists as Syrian rebels.

The propaganda in the USA is endless. I’ve watched video on CNN of alleged Syrians, many of them children, saying they are about to die, starving and without electricity, while under constant bombing. Amazingly, they always have Internet and project their suffering 24/7 on CNN, perfectly staged and well-scripted in excellent English.

Egypt’s Interior Ministry just revealed that it arrested a group of five people caught in the act of producing images purportedly depicting scenes of suffering in Aleppo that they had planned to pass off as real images from Syria. They had propped up a girl in a white dress holding a teddy bear, covered with fake blood, pretending that it was a scene in Syria, although they were filming it in Egypt. CNN would have loved this one.

For years the USA has been training terrorists in Jordan and sending them into Syria pretending that they are Syrian “rebels,” who oppose their own government. Weapons are sent into Syria through Saudi Arabia and other regional allies so that the USA has deniability. The terrorists have often gone to join ISIS, and/or have provided weapons to ISIS. Others are part of al Nusra, the local al Qaeda affiliate.

This is an oft-repeated plot going back to the late 1970s when the USA unleashed terrorists to undermine the socialist government of Afghanistan. Those CIA forces even featured Osama bin Laden himself. Many, like bin Laden, were not Afghans, although the corporate media played it up as though Afghans were rebelling against their government. Much of the weapons were shipped in from Pakistan—mostly American supplied AK-47s.

Since, jihadi forces unleashed by our government have made a hell out of much of SW Asia, the Middle East and parts of Africa.

A prime example is Libya, where terrorists were sent in to undermine President Gaddafi. No stable government has emerged there since, and the people of Libya live in fear of terrorism to this day as a result.

No one is ever held responsible for these horrible incursions by terrorists. Shouldn’t we want our nation to stand for something higher than this?

I stumbled across an article last week that truly amazed me. It is a corporate media account that tells the truth about what is happening in Syria. It gave me a glimmer of hope that all is not lost, that it is still possible to get facts out in the Land of the Free.

Meanwhile CNN and nearly all of the mainstream press keep running their phony stories of horror inflicted by the Russians aiding the Syrian government, keeping the American people, and through their international outreach, citizens of the world, ignorant.

And a Russian ambassador is dead. I blame the corporate media, pretty much the lowest form of human scum as they pretend to be journalists.