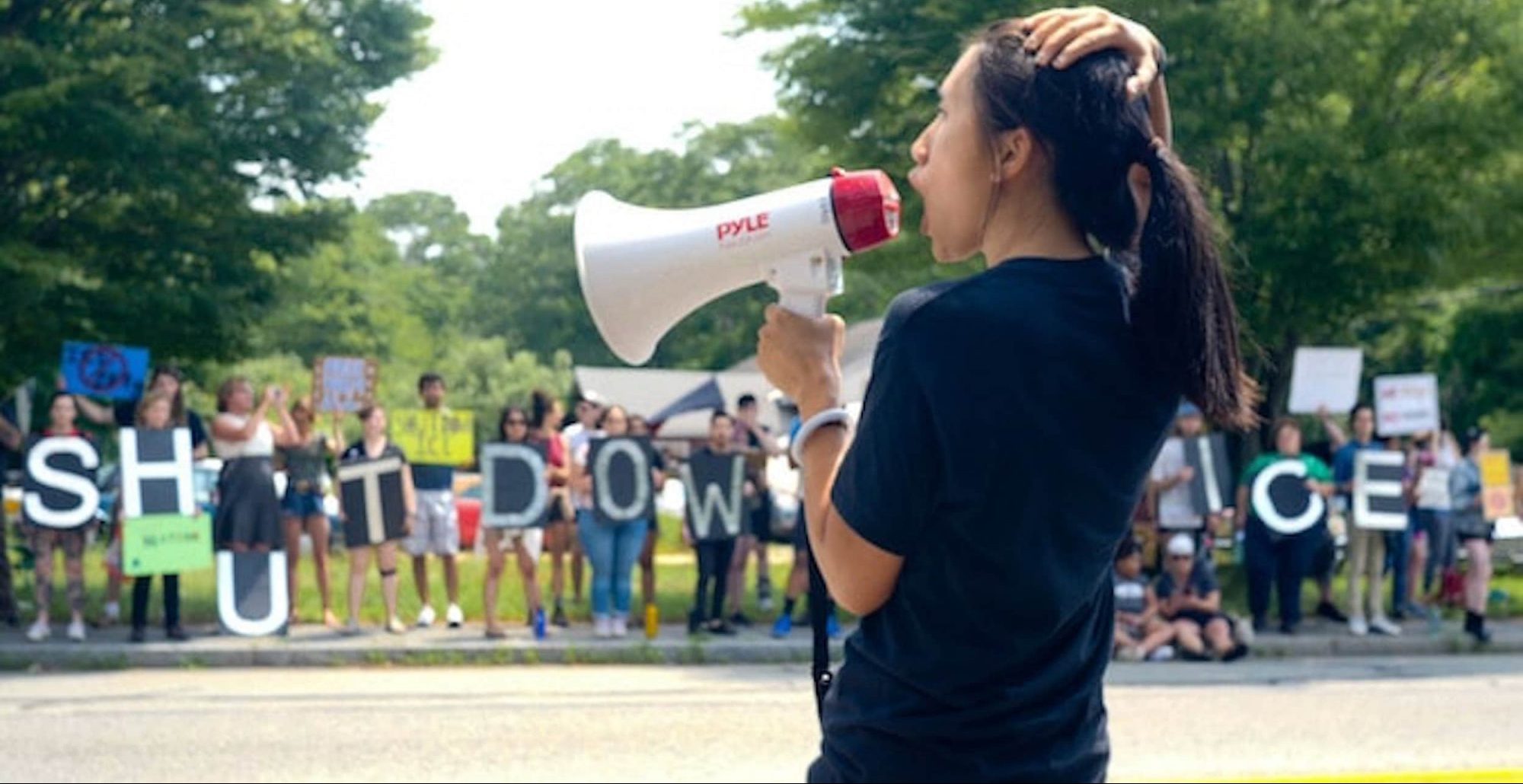 The FANG Collective is happy to announce that ICE will be cancelling all contracts with Bristol County, Massachusetts. This includes their 287(g) contract which trains deputies to collaborate with ICE and perform immigration agent duties, and their IGSA contract which turned the Bristol County House of Correction into an ICE detention center.

In the summer 2018, FANG launched its Shut Down ICE campaign in Bristol County with a nonviolent direct action that blockaded, and effectively shut down the prison for several hours. That initial action was organized in solidarity with currently detained people holding a hunger strike inside the facility due to the terrible conditions. What followed were three intense years of organizing to end these agreements with ICE in Bristol County and in the other nearby counties that were willingly choosing to tear communities apart through detention and deportation.

In 2019, two of the people who had taken action the previous summer served 10 days in the Bristol County House of Correction, [See: here and here] and in 2020, FANG’s co-founder Sherrie Anne Andre was sentenced to serve 30 days in the same facility after going to trial due to the same action.

Although we see today as a win, we are aware of what this means for those who are currently detained inside of the Bristol County House of Correction. We know that ICE will attempt to transfer all those detained there into yet another detention facility. Transfers are not a solution and we will continue to fight to see that community members are reunited with their families and communities. We also know that ICE agreement cancellations are not a permanent victory. ICE has ended contracts with facilities in the past – often due to intense pressure from communities – only to then re-sign contracts with the same facilities after a few years. We know that the work is not over. Shut Down ICE continues until all of Massachusetts and the Northeast is free of ICE. We continue until ICE is no more.

“Contracts should burn. Prisons should burn. We need to continue to forge our own relationships with each other outside of these harmful systems to build a beautiful future for all of us.”

We want to give a huge thank you to Alliance to Mobilize Our Resistance (AMOR) for working closely with the Rhode Island folks detained at Bristol County and their families. A huge thank you to Boston Immigration Justice Accompaniment Network (BIJAN) and Connecticut Bail Fund for their solidarity effort last year, especially during and after the May 1st attack against the folks detained in Unit B. And last but not least, thank you to every single person that participated in a direct action, came out to an event, attended a meeting related to Shut Down ICE, or showed up for us in another way. This win would not have been possible without all of your work and support!

“While I am feeling a sense of relief and gratitude towards those who have relentlessly pushed for the dissolution of this ICE contract, I know that the relationships between ICE and Bristol County have been forged, and that [Bristol County Sheriff Thomas Hodgson] will continue to abuse his position of power while inflicting the harms of white supremacy on our communities,” said Sherrie Anne Andre. “Contracts should burn. Prisons should burn. We need to continue to forge our own relationships with each other outside of these harmful systems to build a beautiful future for all of us.”