Above Photo: From Washingtonbabylon.com 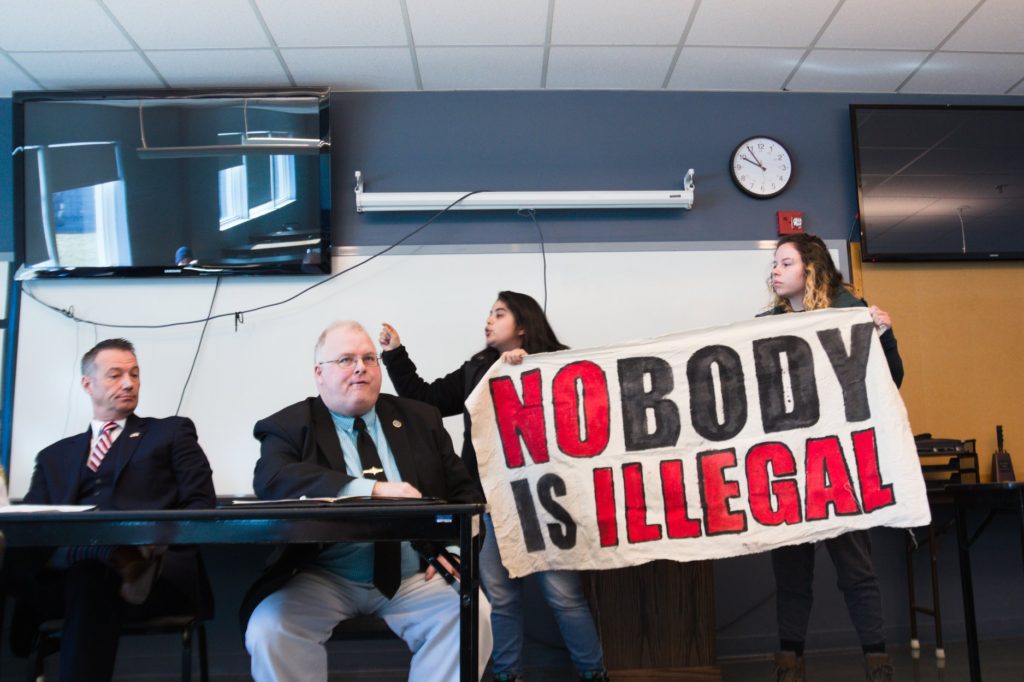 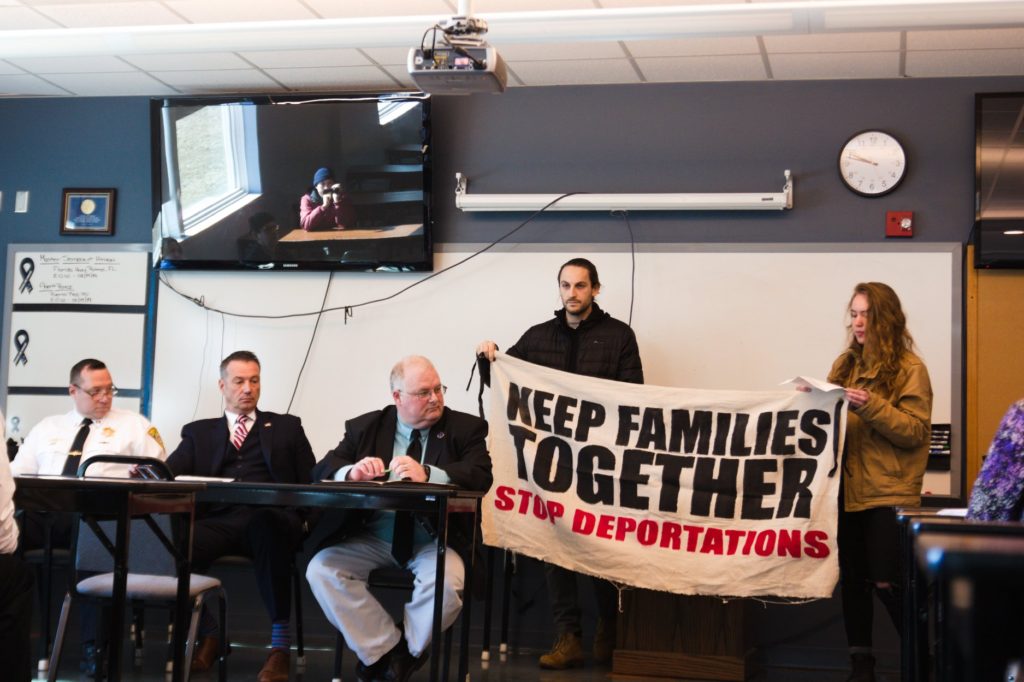 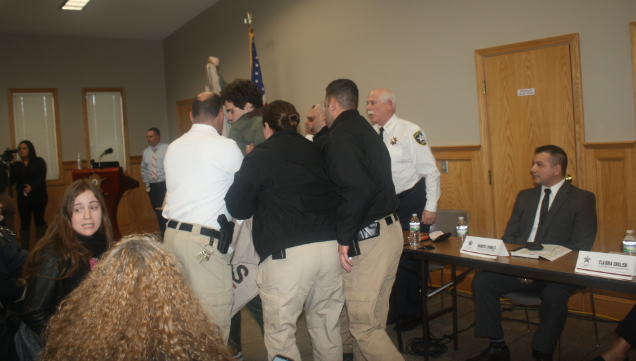 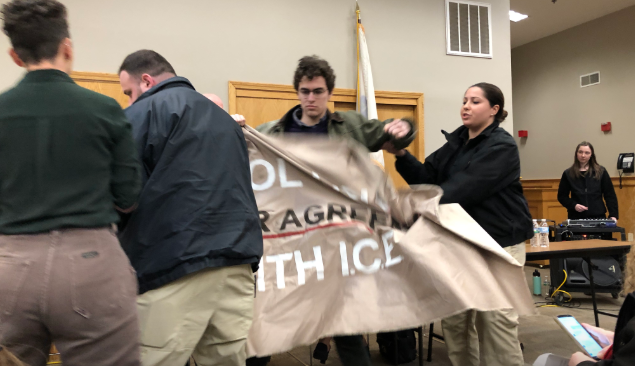 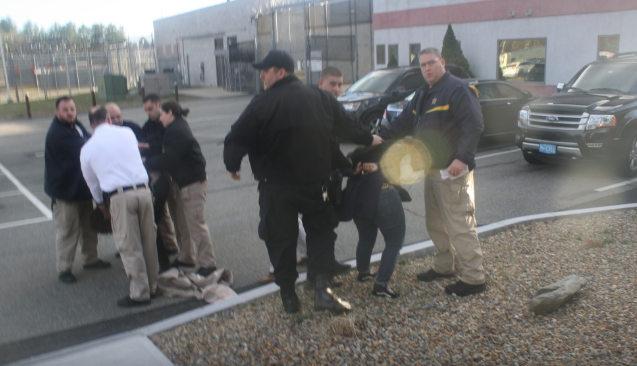 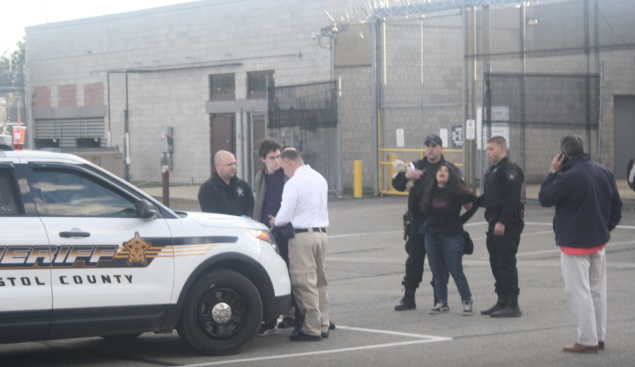 On Wednesday evening two people were arrested while disrupting a public meeting held by Immigration and Customs Enforcement (ICE) officials and Bristol County Sheriff Thomas Hodgson regarding Bristol County Sheriff’s Office’s 287(g) agreement with ICE. The two disruptors carried a banner that read “Bristol County End Your Agreements with ICE.” As they walked to the front of the room and began to speak they were forcefully arrested by six officers, who used pain compliance tactics during the arrest.

In recent months, multiple protests and lawsuits have targeted Sheriff Hodgson and the BCSO. This past summer, in response to deplorable conditions at the Bristol County House of Corrections, including inedible food, nearly nonexistent medical care, and abuse from facility employees, ICE detainees launched a hunger strike that soon spread to the general prison population.

In August, members of The FANG Collective, a Rhode Island community-based direct action group, announced the #ShutDownIce campaign to pressure counties in Massachusetts to end their 287(g) agreements. The campaign was launched with an action that blockaded all entrances of the Bristol County House of Corrections. Four people were arrested as part of the action, two of whom suffered injuries due to Sheriff Hodgson’s aggressive response.

Sheriff Hodgson has also faced criticism for his relationship with President Trump. He recently appeared at the White House with the President to announce an online fundraising campaign to “build the wall” across the United States’ southern border.

“All agreements between local law enforcement and ICE must end, as well as the detention and incarceration of our communities, if we want to truly end family separation. We must look beyond punitive measures and think critically about what community accountability could be if we ever want to end the cycles of violence that impact our most vulnerable communities.” Lee, who was arrested as part of the action.

Statement from Lee who was arrested as part of today’s action: “I choose to take action against the Bristol County Sheriff’s Office and ICE due to the 287(g) agreement that exists between these two entities, which only serves to terrorize our undocumented community members.” 1/3 pic.twitter.com/pzEctLRosE

“I am acting in support of the leadership of undocumented people here in Bristol County and everywhere, who resist the everyday surveillance and brutality of the detention and deportation industrial complex.” Max, who was also arrested as part of the action.