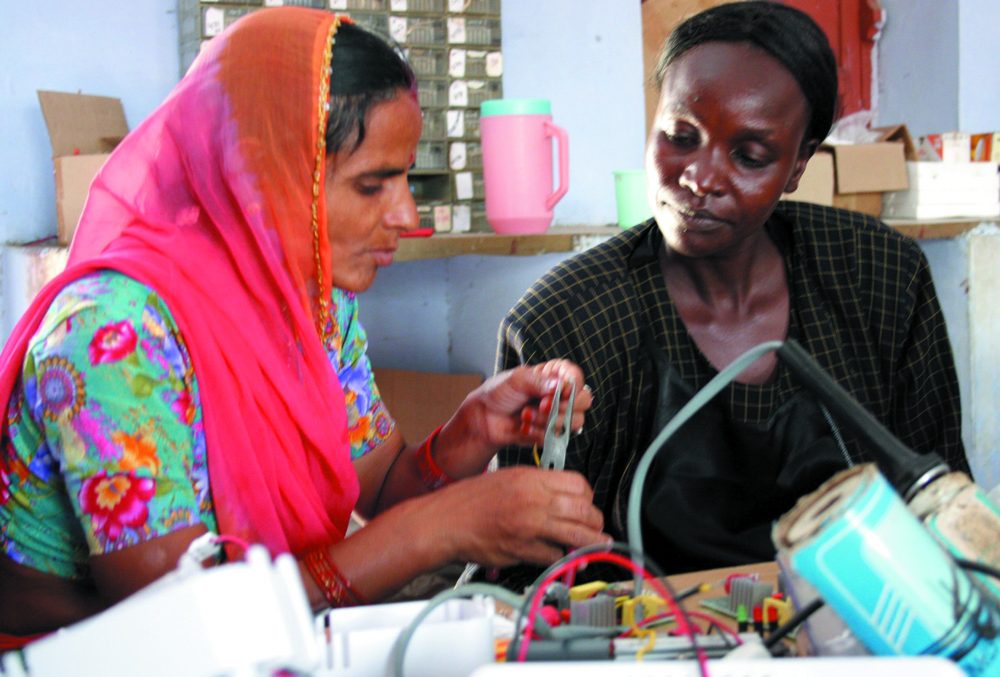 At a time of increasing concern over climate change, contributions of several women, farmers and innovators have given reason for increasing hope in mitigation as well as adaptation work in villages of India.

When Leela Devi was married in Tilonia village (Ajmer district of Rajasthan), she had not heard of solar energy. But making use of the existence of solar centre of the Barefoot College (BC) near her new home, she learnt adequate skills within a year to set up rural solar units and assemble solar lanterns. Later as India’s External Affairs Ministry teamed up with BC to start an international program for training women in rural solar energy systems, Leela teamed up with other friends from B.C. to form a team of trainers. A training program has been designed for training women as barefoot solar engineers.

When I visited the Tilonia campus (before the training program  was temporarily discontinued due to COVID) , a group of  women (several of them Grandmas) from Zambia , Chad, Kenya and  other countries was being trained. Monica from Tanzania was among the few who could speak English. “Yes, language was a problem initially for us, but we women have a way of overcoming such minor hurdles.” She laughed, joined by Leela. “I am looking forward to returning to my village to start a solar unit here”, she said. Nearly 3000 ‘solar mamas’ or women barefoot solar engineers from India and abroad have been trained here and solar units installed by them are operational in remote villages of many countries.

Mangal Singh is a farmer from Bhailoni Lodh village (Lalitpur district of Uttar Pradesh). He has invented a device Mangal Turbine which uses the energy of flowing water to lift water from streams and canals, replacing diesel oil generally used for this purpose. Estimates reveal a single unit can reduce over 335 tonnes GHG emission over its 15 year lifetime. This increases significantly if with a few adjustments M.T. is used for additional work like crop processing. 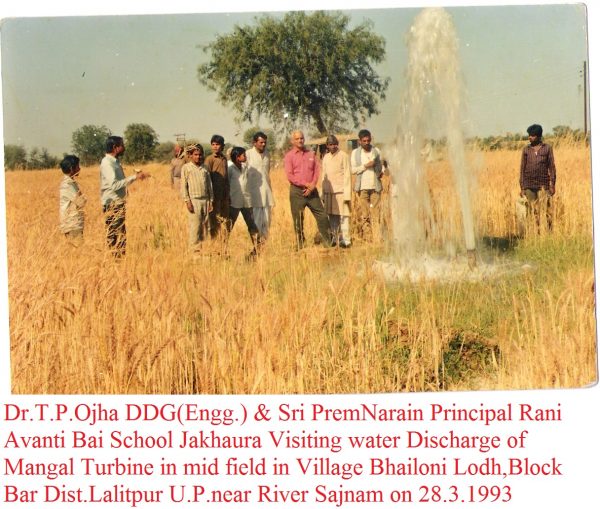 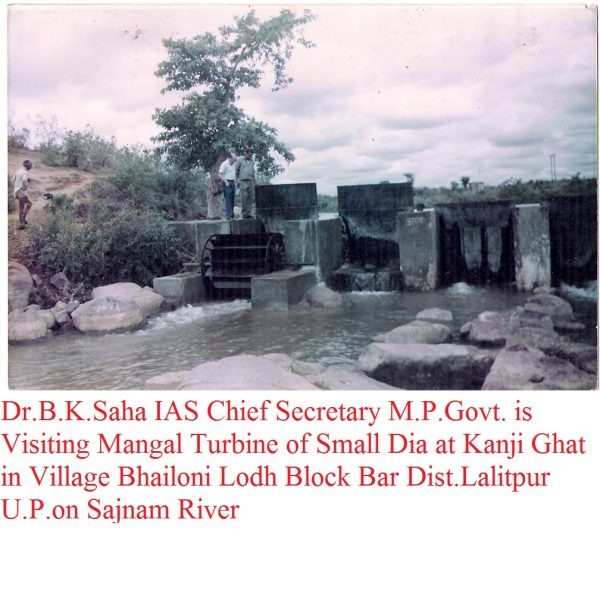 Potentially M.T. can spread rapidly not just in India but worldwide wherever suitable conditions exist. Grateful farmers in his village gathered to express their thanks when I visited this village to see a demonstration of M.T.   Mangal Singh, who has a patent, told this writer, “I basically want my invention to benefit farmers and environment.”

After M.T. was widely praised by several senior experts and officials, the Rural Development Ministry of the Government of India set up the Maithani Committee to review this invention. This committee after examining all aspects praised the invention for is great utility and recommended its rapid spread, something which the government is yet to achieve.

As Mangal Singh is now in his seventies and his health has also suffered due to neglect and victimisation, no time should be lost in implementing the recommendations of the Maithani Committee and making adequate use of the rich potential of his work under his guidance. As a first step, at least 100 mangal turbines should be set up immedately under his guidance in such a way that a number of young and talented technicians get suitably trained by him to carry on the work on their own.

The Gorakhpur Environment Action Group (GEAG), a leading NGO, has been co-ordinating the work of spreading ecologically friendly farming in hundreds of densely populated villages in the eastern part of the vast province of Uttar Pradesh. He says women farmers in particular have been very responsive.Prabhavati, one such farmer whom I met in Dudhai village, was growing nearly 50 crops organically in her small farm and garden, combining grains, vegetables, fruits, spices, flowers, herbs and bamboo, with a cattle shed and composting unit within her farm. She explained that rotations and mixed cropping are decided in such ways that one crop tends to be supportive to the other.

Such farming helps to improve organic content of soil, facilitating absorption of carbon in soil. In addition this helps in better retaining of moisture and its intake by plant roots, so that the ability to handle adverse weather conditions is improved. By avoiding chemical fertilizers, pollution by a highly potent GHG gas, nitrous oxide, is avoided.

Many farmers are re-discovering the benefits of biodiversity and protecting diverse varieties of various crops. Vijay Jardhari has been coordinating a Save the Seeds effort in Himalayan villges of Uttarakhand state. “By saving our mixed farming system of ‘barahanaja’ ( a mixed frming system in which about 12 millets, legumes, spices and oilseeds can grow together  even on less  fertile land) we are not only protecting our nutrition base, we are also preparing for difficult times of climate change.”

Such efforts need to be encourged and promoted on a much bigger scale. The international climate fund if used very carefully can contribute much to this.

Note—The  writer has visited all the villages mentioned in this article.

Bharat Dogra is Honorary Convener, Campaign to Save Earth Now. His recent books include  A Day in 2071,  Man Over Machine, Protecting Earth for Children and Planet in Peril.