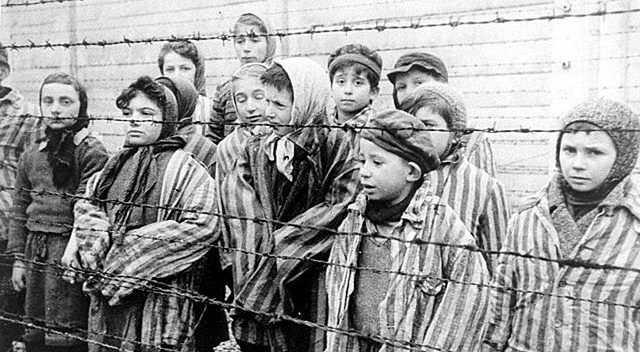 I was born in 1942 but I remember the war. It made a deep impression on me. When I was two years old, I shocked my mother by being so disturbed at the radio news I was hearing about the Nazis that I stormed into their bedroom and announced angrily that if anyone tried to destroy my world, I will destroy them. My Jewish mother was terrified. This was her son?

I still feel the same way. I am certainly not a saint. I do not have or even want to have love for my enemies. I also do not care to “put myself in their place” and try and understand their excuses and rationales. I do not want to win a debate with them. I see the results of their actions. The bastards are destroying the earth.

In Hitler’s day, he was responsible for the killing of not only Jewish children but many other children and I see the hateful white nationalism and racist parallels today right here in the U.S. and ironically, maybe even more so in apartheid Israel.

Over the years, ever since being old enough, I’ve read extensively about Nazi Germany and watched many historical videos on the subject by Americans, British, French, and, yes, Germans. It was and still is a passion of mine. I always felt it was important to get the perspective of decent people who lived it directly and saw it coming.

Decades ago, especially after my eyes were opened by the criminality of the American war in Viet Nam, I saw a new kind of disguised totalitarian fascism coming here to America. Actually, for many oppressed people, it was already here.

But now even some close progressive friends say I’m being rash; we are not anything like Hitler and the Nazis. They say it’s a bad comparison, it turns people off. Even if you use the word fascist, they debate that. After all, we don’t have gas chambers, we haven’t yet tried to exterminate an entire people like the Germans did to the Jews. People don’t say Heil! with their arms held stiff in the fascist salute.  Or do they?

Maybe my progressive friends unconsciously believe, since childhood (as I once did), and just want to maintain that Hitler was unique, that the Third Reich was unique in its evil. That nobody suffered like the Jews.

Of course, they’re not Native Americans, a people and culture that has been terrorized and almost exterminated, not just for decades but for centuries by white Americans and our government—an ongoing American genocide well before Hitler’s Holocaust. There were once an estimated 5 million to 15 million indigenous people living in North America when Columbus arrived in 1492. By the end of the Indian wars in North America, there were fewer than 238,000 left.

The Nazis got many of their ideas from our so-called democracy, right here in the United States. Many of Hitler’s propaganda ideas came directly from American advertising. Joseph Goebbels, minister of propaganda under Hitler, learned from Edward Bernays’ books, Crystallizing Public Opinion (1923) and Propaganda (1928), both published in America, how to convince Germans that the Jews were the source of their misery and misfortune.

Bernays wrote, “If we understand the mechanism and motives of the group mind, it is now possible to control and regiment the masses according to our will without them knowing it.”

Hitler’s ideas about concentration camps, eugenics, gas chambers, (in the 1920s U.S. border police at the Santa Fe Bridge deloused and sprayed the clothes of Mexicans crossing into the United States with cyanide-based Zyklon B. This was done in a building that officials called, ominously enough, “the gas chambers.”) came from studying American history.

The practicality of genocide owed much to Hitler’s studies of English and U.S. history. He admired America’s system of genocide—reservations, starvation and uneven combat—of the “red savages who could not be tamed by captivity.”

Americans often don’t seem to conceptualize, either historically, or in the present, how people are being oppressed by a racist classist system and the oligarchs who profit from it. I call them what they really are: Nazis in different clothing.

It’s a patriarchal, race-based system of control that goes back to Columbus. Then came the Pilgrims, the Puritans, dominated by white males of Europeans descent, then the so-called “founding fathers” of our country—themselves elitist slave holders, Indian exterminators, gentlemen even. Wealthy white men, like Jefferson, who over the course of his life owned 600 human beings. No less than 41 of the original signers of the Declaration of Independence were slave holders. Almost all of them held, at the time acceptable racist views, with the exception of a few visionary radicals, like John and Sam Adams, Thomas Paine, and some others. 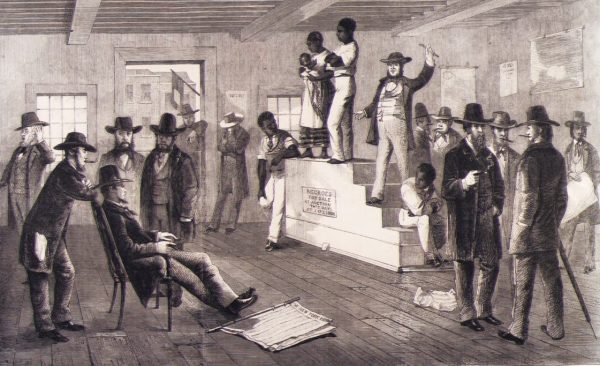 The Quakers eliminated slavery in their communities by 1774. Tellingly, women were excluded from decision-making: women were not entirely equal, even among Quakers.

Washington owned slaves all his life and in 1779 gave the genocidal order to General John Sullivan to destroy the villages of the Onondaga, Cayuga, and Seneca and for “the total destruction and devastation of [the Indian] settlements and capture [of] as many prisoners as possible.”

Here in our American “democracy,” uncountable millions have been killed by slavery and the slave trade but, oh, you might say, they didn’t work them to death in concentration camps, didn’t kill them by the thousands in gas chambers. Black slaves were just hung from trees by the thousands while crowds of good American families held picnics as they watched them strangle. Or they were worked to early deaths in the fields.

Native Americans, black people, and now migrants at our border have had their children and culture violently taken from them. It was and is genocidal. We have legalized slavery and torture in the prison-industrial complex while people of color are being murdered in the streets and in their homes by police with little or no accountability. 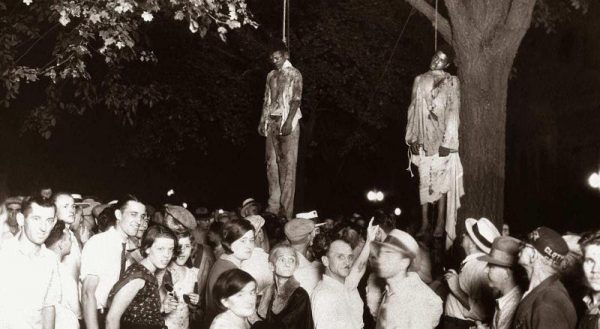 Totalitarian, fascist violence is still being perpetrated right here in this country on migrants and people of color—people Donald Trump doesn’t consider American. Around the world, we continue to bomb them, destroy their infrastructures so they can’t live, and torture prisoners. At our own border children are taken from their parents and put in cages, but those responsible are not to be called Nazis. Do you have a nicer word for that? 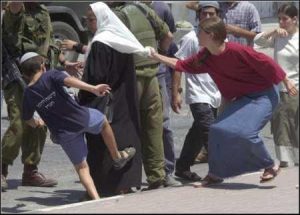 Zionists will react, will accuse me, a Jew myself, of anti-Semitism for using the word Nazi in the same breath as Israel. These are the same Zionists who have justified stealing and brutally occupying the land of Palestine, who kill people daily in the largest open-air prison camp in the world—Gaza—and who themselves are the real anti-Semites.

“When we have settled the land, all the Arabs will be able to do about it will be to scurry around like drugged roaches in a bottle.”—Rafael Eitan (1929-2004) Chief of Staff of the IDF, later a Knesset member and government minister.

They may not wear the swastika armband but Trump, Netanyahu, and their ilk are, for all intents and purposes, Nazis. And that is not to minimize the evil that was the Third Reich. It is so that we understand that this country and Israel are equally bad in their vicious effects around the world and arguably worse.

Historical accounts, some written by Germans who lived through those times, as well as numerous documentaries, tell about the rise and fall of Hitler and his immense popularity among the German public that lasted until the Nazis began to experience severe losses in WWII. In one video, which ends with the 1936 Olympic bells ringing gloriously in Berlin, the narrator asks, “But what future did the tolling bell herald for the German people and for all Europe?”

Trump mouths absurd nonsense about making America great again, but Hitler did make Germany great again (for a while). He gave the people their pride back, he gave them jobs, re-built and paid the military well, built roads, loved dogs (German shepherds especially), and built factories—and eventually brought unthinkable devastation and destruction to Germany. Trump is following that playbook (to limited success, we hope—but don’t count on it).

A huge segment of the German public adored Hitler, just as a large segment of America loves Trump—we find that hard to believe, but it was and is true. And why not? Life was good, very good, in 1936, as long as you weren’t Jewish, gay, a gypsy or a communist. And prior to that, many Germans were dissatisfied with their leadership, as many are here.

Regarding what is happening and what has been happening for decades, if not centuries, in America, if we have the courage to look at reality, we are not any better, and, again, that doesn’t in any way minimize the evil of Hitler.

Back in 1944, as World War II was coming to an end, Henry Wallace wrote about American fascism. He said, “The dangerous American fascist is the man who wants to do in the United States in an American way what Hitler did in Germany in a Prussian way. “ Wallace continued, “They claim to be super-patriots, but they would destroy every liberty guaranteed by the Constitution.”

Over a half-century after MLK Jr. said, in 1967, the U.S. government is “the greatest purveyor of violence in the world,” we are still the most violent and the most dangerous country ever, by far. He also said, “There comes a time when silence becomes betrayal.”

If we look deeper and past our own prejudices, we will see the same monsters, only wearing different clothing.

“Nazi.” The word itself has come to designate something most terrible, something inhumane beyond anything else. I  use the word, “Nazi” rather than something softer, like neocon, neo-liberal or even neo-Nazi, not because we are literally exactly the same as Hitler’s Nazis, there are differences, but to describe the  American reality so that even if it is painful, we are aware of the causes, the historical parallels and the extent of the massive damage and exploitation of the earth and humanity already done by America. We are witnessing the very real potential, not just for destruction of the Jews and world domination, but for something infinitely worse—the extermination of life on this planet.

For the Indian nations, for black people and many people of color, for immigrants then and today, for the women on the border having children torn from their arms, the terror of the totalitarian state, fascism, the Nazi element has always been, and is still, here.