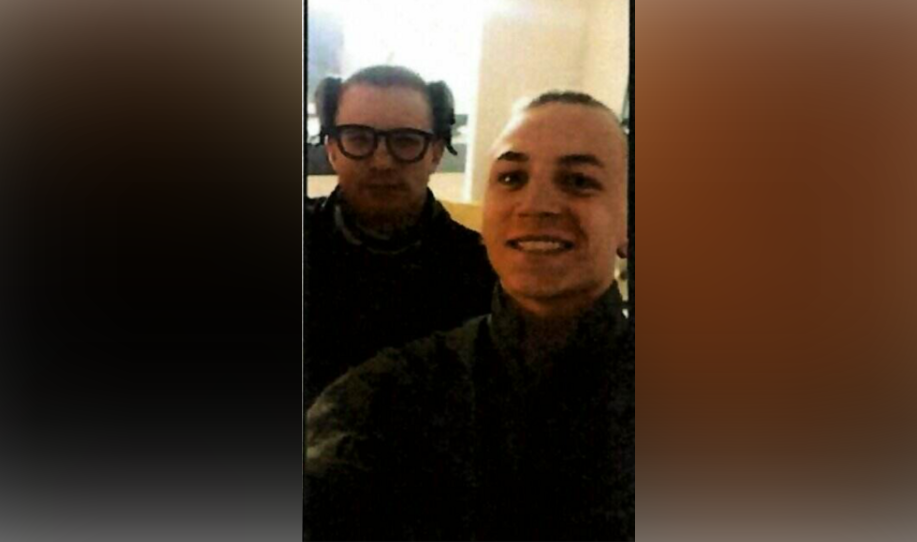 On Friday the US Department of Justice released a federal criminal complaint against Ivan H. Hunter, 26, of Boerne, Texas, charging him with participating in a riot for his alleged role during protests in Minneapolis, Minnesota following the police murder of George Floyd on May 25. Hunter was arrested in Houston, Texas.

The allegations against Hunter are only the latest in over a dozen instances so far this year of violence by adherents of the far-right boogaloo movement—known as boogaloo bois or boys—that have resulted in either criminal charges, arson, or death.

The affidavit contains several startling revelations, including that Hunter was in communication with several other boogaloo boys, including Steven Carrillo, Michael Solomon, and Benjamin Teeter, prior to, during, and after, the times when they committed their alleged separate crimes. All four are currently in police custody.

Carrillo is currently facing the death penalty and multiple life sentences for his alleged role in killing a Federal Protective Services Officer, David P. Underwood, on May 29, and for killing Santa Cruz County deputy sheriff Damon Gutzwiller on June 6. Meanwhile, Solomon and Teeter were arrested on September 3 for their alleged role in providing weapons to FBI agents posing as Hamas members in order to fund terrorist attacks.

The multiple charges against members of the far-right group fly in the face of claims made by President Donald Trump, Attorney General William Barr and Democratic governors, such as Minnesota’s Tim Walz, that violence at anti-police violence protests is predominantly the fault of “anarchists” and “antifa.”

According to the affidavit, Carillo and Hunter had a close working relationship that goes back to at least last year. In one example cited, Hunter messaged Carrillo on March 14 to “start drafting that op. [operation] The one we talked about in December. I’ma green light some shit.” Carrillo responded, “Sounds good, bro!”

The boogaloo boys are an anti-communist, libertarian movement that first sprang up on online forums 4chan and the neo-Nazi Iron March forum in the early 2010s. The movement, filled with ex- and current US military members, glorifies capitalism, nationalism and guns while advocating for homicidal terrorist violence against the US government including against the police and agents with the FBI and the Bureau of Alcohol, Tobacco, Firearms and Explosives.

Donning floral pastel shirts, body armor and semi-automatic weapons, boogaloo adherents have been spotted at anti-lockdown rallies in the winter and spring and at protests against police violence throughout the summer. While sometimes feigning sympathy with black victims of police violence, the movement is dominated by white supremacist ideology. In private messages, members have professed to using demonstrations as a cover to advance their apocalyptic “revolution” by instigating violence between protesters and police via terrorist actions.

As part of this “accelerationist” outlook, Hunter is alleged to have fired 13 rounds from an “AK-47 style semi-automatic” into the Minneapolis Police Third Precinct on May 28, while people, believed to be protesters, were still inside the building. Last month the DOJ charged four people—Dylan Robinson, 22, Davon Turner 24, Bryce Williams, 26 and Branden Wolfe, 23—with conspiracy to commit arson for allegedly setting fire to the police precinct building. It is unknown what, if any, connection those four had with Hunter.

According to the complaint, which utilized cell phone information obtained through a search warrant, Hunter answered a public May 26 Facebook post by Solomon requesting a “head count.” Hunter replied, telling Solomon the next day that he was “72 hours out.” On May 27, Teeter, driving from North Carolina, messaged Hunter, “We’re still in (sp) route. Once we arrive we’re going to get a central command established and primary and secondary comms channels.” That same day, Teeter also publicly posted on Facebook, “Lock and load boys. Boog flags are in the air, and the national network is going off.”

The affidavit alleges that after arriving in Minneapolis, Solomon and Hunter coordinated a rally point in a grocery store parking lot near the police precinct on May 28. At 8:30 p.m., Hunter messaged Solomon to let him know they had “a team of 5.”  At 10:30 p.m., Hunter again messaged Solomon letting him know that in “2 min, you’ll [see] my truck.” Cell phone tracking data placed his location two blocks from the precinct.

The government alleges it was at this time that Hunter fired 13 rounds into the building, which was captured on video. In the tape, which has not been publicly released, the shooter, wearing a tactical vest and a skull mask similar to Hunter’s, high-fives an unidentified person after shooting the building, exclaiming, “Justice for Floyd!”

After the shooting Hunter texted back and forth with Carrillo as they both offered each other encouragement. Hunter began by telling Carrillo to “Go go go” and “boog.” Carrillo responded: “did,” a reference to the drive-by shooting he committed roughly four hours earlier which killed one and left another injured. Hunter responded: “Luv.”

Carrillo advised Hunter that he was in “hide mode,” when Hunter replied that he should, “go for police buildings,” Carrillo replied, “I did better lol.”

Two days later, while Carrillo was on the run, Hunter sent him a Facebook message asking him for money, Carrillo responded he was going to “be in the woods for a bit” and then sent him $200. Hunter thanked him for the money, to which Carrillo responded that he was, “doing good shit out there” and to “stay safe,” Hunter replied, “You too King!”

Hunter left Minnesota on May 30 and participated in a June 3 George Floyd protest near Austin, Texas. During the protests the affidavit states that Austin police officers, “observed Hunter and two other men wearing tactical gear and carrying rifles … the three men entered a pick-up truck and drove off, officers watched the vehicle commit numerous traffic violations.”

During the traffic stop, police “observed a baggie of suspected marijuana in plain view,” which Hunter, sitting in the passenger seat, claimed was his. Police also “observed” Hunter wearing a tactical vest that had “six loaded magazines for an AK-47 style assault rifle” while the two other passengers also had “AR-15 magazines affixed to their vests.”

In addition to the ammunition and drugs, police found five weapons, including two AR-15’s, an AK-47 and two pistols. One of the AK-47 magazines had a distinct floral pattern on it, which Hunter had posted on Facebook four days earlier.

During the traffic stop Hunter denied owning any of the weapons, but did volunteer to Austin police that, “he was the leader of the Boogaloo bois in South Texas and that he was present in Minneapolis when the Third Precinct was set on fire.” The police confiscated the weapons and drugs, and then let all three men leave the scene.

In August, a confidential human source working with the FBI said Hunter admitted to him that he had fired his weapon into the precinct and helped set it on fire. Hunter told the informant that he is a boogaloo boy and that he and Carrillo were the founding members of the “Happy Friends Group” which according to Hunter is a “fire team” that will respond to police attempting to confiscate weapons.