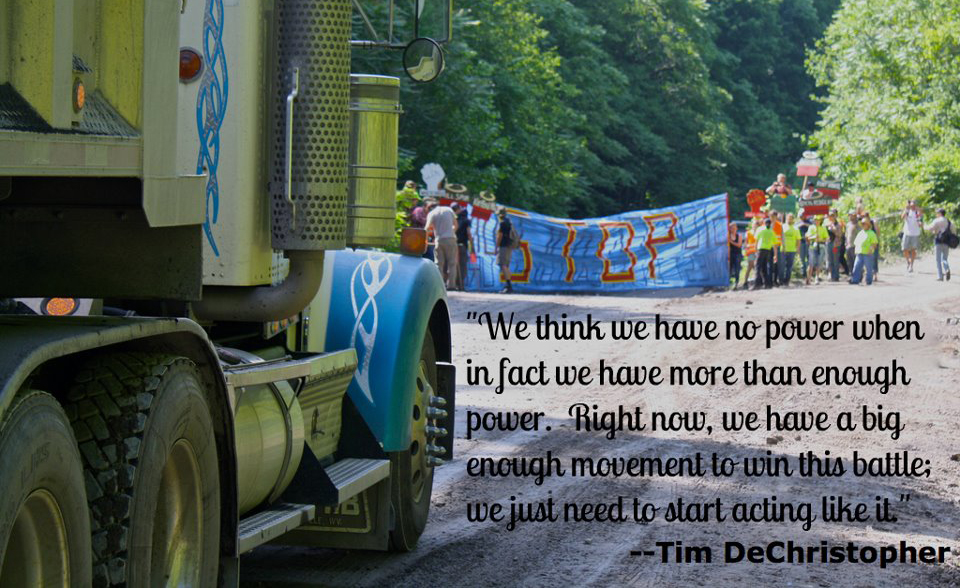 Front line environmental groups have been among the most active in the movement — challenging the Tar Sands Pipeline, fighting mountaintop removals, opposing tar sands excavation and working to stop, not regulate, the practice of hyrdro-fracking for methane gas.  Things are going to get hotter as the Fearless Summer campaign of epic actions against radical energy extraction kicks off next week beginning June 25th. 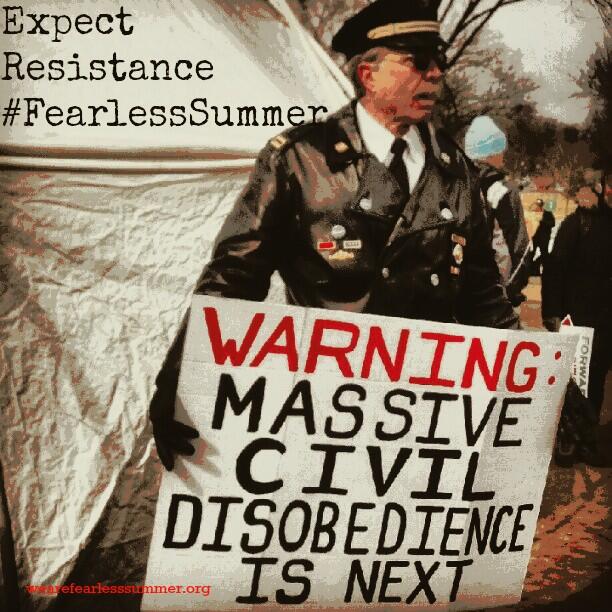 Their campaign begins as the movement is bubbling with actions.  We’re seeing students and parents sitting-in and organizing mass protests a school closing, escalating pressure to close Guantanamo and release the innocent who are held captive there and people are angered by the expansive surveillance of the US security state. And, it comes as international movements against unfair capitalism and corrupt government explode in Turkey and Brazil while continuing throughout Europe.

Fearless summer promises to be a series of actions against extreme energy that not only challenge the ecological devastating extraction economy but build the popular resistance movement against an economy and government that does not work for most people and fails to protect the planet.

The first week of coordinated action against extreme energy is June 24th-29th.

By taking action all together, we can help ring in the Summer in a powerful way.  We will build momentum and solidarity and push our message of fearless, united resistance into the national conversation.

If you are interested in putting an action on the map: please fill out the form at the bottom of this page.

Get Ready for Action:

*St. Louis, MO – Puppetry, Not Peabody Protest outside the house of Peabody CEO Greg Boyce – June 22nd at 11:30AM

*Vermont – action to demand the Department of Public Service say NO to the Vermont Gas Pipeline – Monday, June 24

*New Jersey – Sit in at the office of a state elected official who voted to allow fracking waste disposal in New Jersey – Contact: msmith@fwwatch.org for more info.

*Washington, DC – Rally against Tar Sands and march to a major greenhouse gas polluter – June 25, 12pm at the Canadian Embassy

*Harrisburg, PA – Frack-Bash : A jazz style funeral march from the capitol to the governor’s mansion – June 26th. Starts at 4pm at front of the capitol.