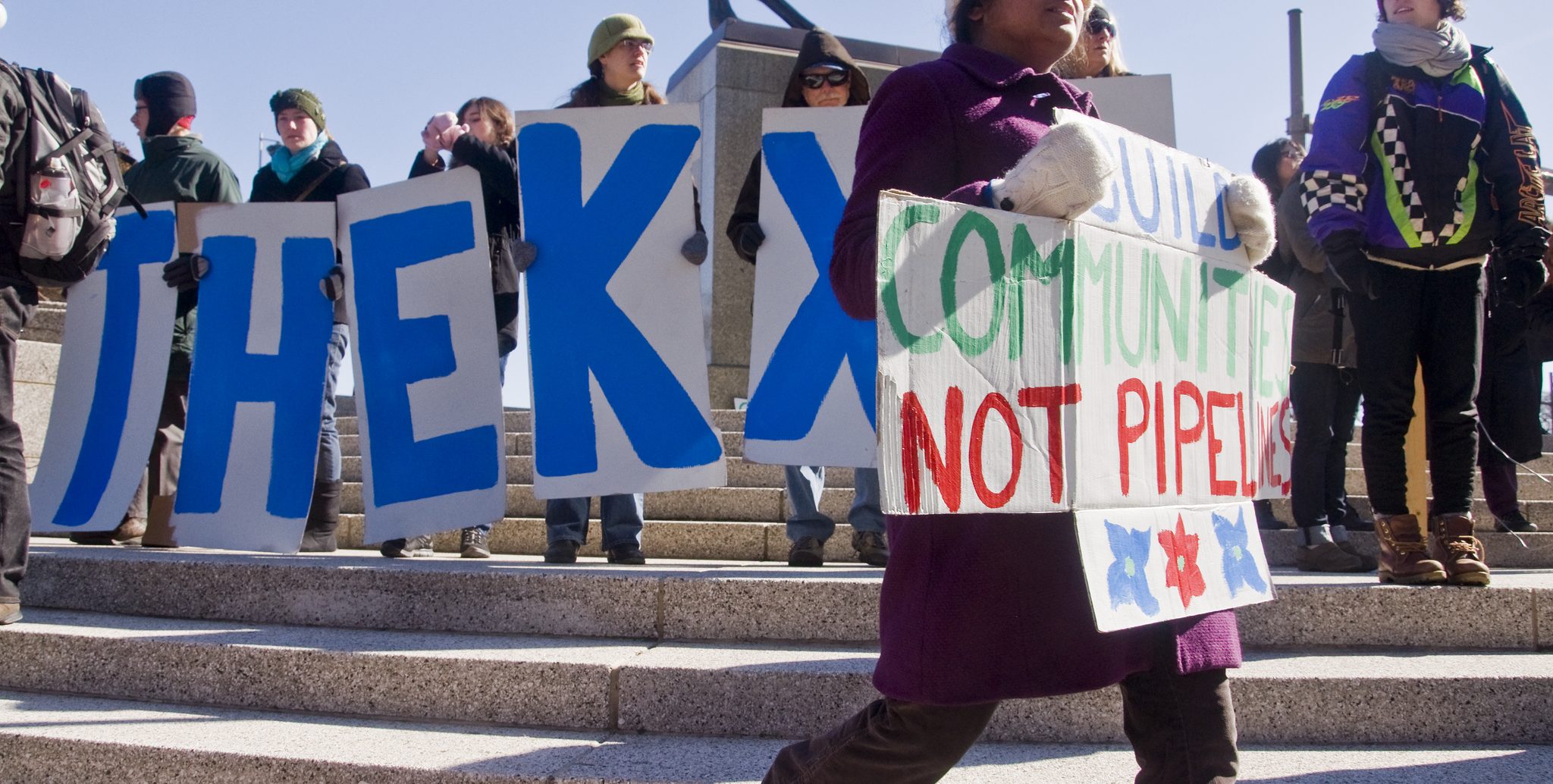 Lower Brule, SD — Today, a federal court ruled the State Department must conduct an environmental review of the Keystone XL pipeline route in Nebraska. Last November, the Nebraska Public Service Commission (PSC) approved a “Mainline Alternative” route for the pipeline through the state. Tribes and landowners have since challenged the PSC decision. The federal court ruling is a strong affirmation of their claims and an impediment to the TransCanada corporation pipeline.

In one of his first acts in office, President Trump revived the Keystone XL pipeline, previously scrapped by President Obama due to serious environmental, climate and legal concerns. Communities across the country have taken to the streets to protest the decision, and more than 17,000 people have signed the “Promise to Protect,” committing to action along the proposed route for Keystone XL if called upon by Indigenous leaders.

“Tonight, strong frontline pipeline fighters are having their common sense affirmed with the ruling for an Environmental Impact Statement on Keystone XL. Prayers are strong and tribes will continue to demand consultation which is not only ignored, but diverted by privileged information that is not shared with the tribes. This victory is not small. We will prevail. Thanks to all who protect our earth and water.”

“This is a huge step to once again shut down this zombie pipeline that threatens water, our homelands, and our treaty territory. No route is acceptable for Keystone XL, and I believe a full environmental review of this alternative route will highlight the extraordinary risks this pipeline poses to us all — including highly sensitive ecological and cultural sites. This is a step in the right direction to protect our treaty territory, our Indigenous rights, and our people.”

“This decision is another sign that the Keystone XL pipeline is far from a done deal. The Trump administration and TransCanada’s attempts to sidestep the law and scientific consensus are rightfully coming back to haunt them. The #NoKXL resistance has inspired a movement of Indigenous leaders, farmers, ranchers, and allies around the world. We’re not going anywhere until we stop this pipeline for good.”

“This is a great decision considering that the original Environmental Impact Statement was flawed with misinformation. If it was done right and with common sense, this project wouldn’t have been approved in the first place. We’re very happy that our neighbors in Nebraska are going to get a more complete review of the environmental impacts of this project. We still need to be vigilant to ensure the new EIS is done properly.”