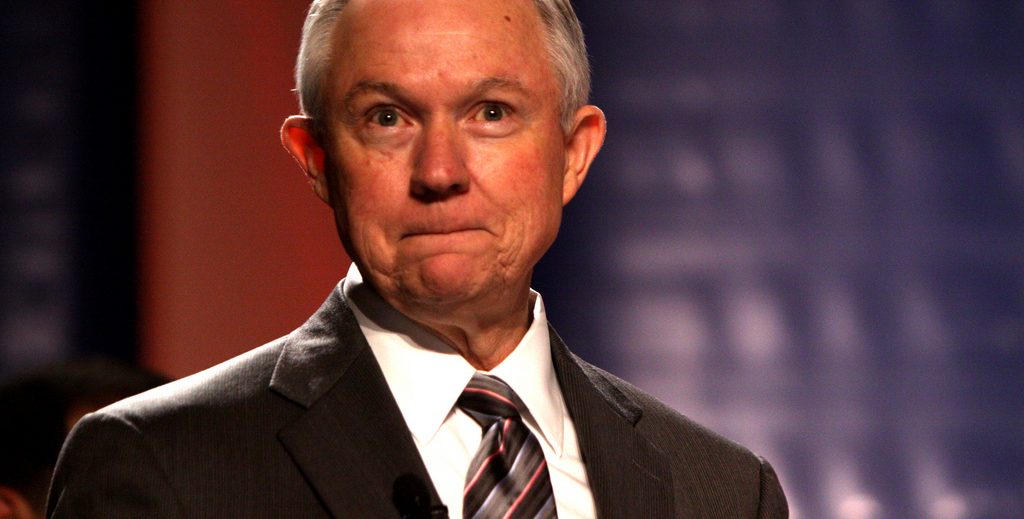 Above Photo: Courtesy of Gage Skidmore

Note: When Attorney General Jeff Sessions announced the repeal of the Obama-era Justice Department memo that allowed states to put in place legal marijuana, there was worry that there would be prosecutions of legal marijuana establishments around the country. Ten states and the District of Columbia have adult legal marijuana and 33 states have legalized the medical use of marijuana. If US Attorneys around the country could now prosecute the dispensaries of those states the momentum toward legalizing marijuana would be ended.

Instead, there have been no prosecutions. US Attorneys’ made the wise decision to spend their limited resources on real crime and respect the rights of states to put in place their own marijuana laws. Not only that, but there was a significant drop in federal prosecutions for marijuana offenses and five more states legalized marijuana for medical or adult use. Momentum for sensible marijuana laws continued in spite of Jeff Sessions. KZ 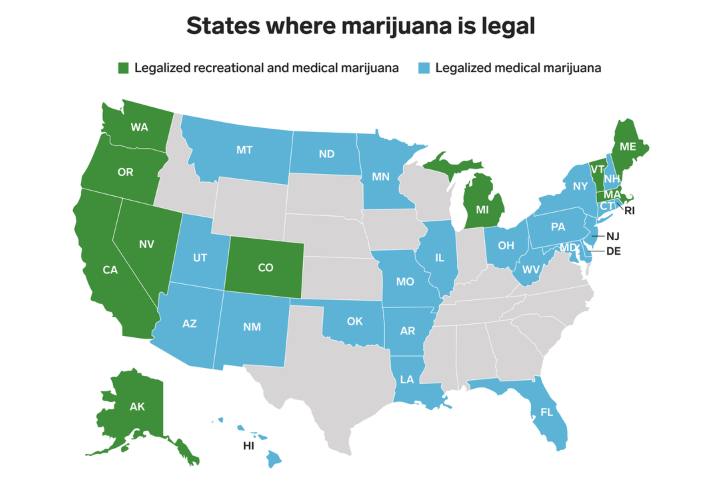 But in the year since, the government has not launched a crackdown, five more states legalized cannabis in some form—with Vermont lawmakers voting to do so on the very same day Sessions made his move—and federal prosecutions for marijuana-related offenses during the 2018 fiscal year, which ended in September, declined by almost a fifth.

While the Obama guidance, known as the Cole memo, provided the legal industry with some sense of comfort, advising U.S. attorneys to exercise discretion and enforce federal law in a limited number of circumstances, its rescission hasn’t halted the progress of the reform movement. If anything, Sessions’s decision to do away with the document seems to have emboldened marijuana-friendly lawmakers at the state and federal levels.

In Congress, an outpouring of condemnation and vows to protect legal states against federal interference followed last year’s announcement. Sen. Cory Gardner (R-CO) went so far as to threaten to block Justice Department nominees unless the Trump administration committed to grant states the autonomy to set their own cannabis policies. And later in the year, he got the president’s backing on a bipartisan bill to exempt legal states from federal marijuana enforcement under the Controlled Substances Act.

“I don’t know what Jeff Sessions’s intentions were when he rescinded the Cole memo, but strictly from a cannabis policy reform standpoint it really helped to advance the ball,” Neal Levine of the Cannabis Trade Federation told Marijuana Moment. “He started a chain reaction that directly led to the STATES Act, a bipartisan piece of legislation that addresses the majority of the issues the cannabis industry faces and is supported by the president. We now have a real opportunity to pass game-changing legislation into law in during this Congress.”

Mason Tvert, a spokesman for the Marijuana Policy Project, called the Cole memo repeal “more like thunder than lightning.”

“It spooked a lot of businesses, investors, and elected officials and elicited responses that had real-world ramifications,” he said. “But it did not actually strike a direct blow to the industry. Business deals fell through, banks may have shied away from providing services, and governments slowed their pace of adopting reforms, but ultimately there was never any noticeable change in federal enforcement of marijuana prohibition laws. The industry and the reform movement have continued to advance and still made significant strides in the 12 months that followed.”

There seems to be a consensus among leading marijuana policy reform advocates that Sessions’s move, even if it had negative short-term financial implications for some businesses, ended up inadvertently helping to advance the legalization agenda in the long term.

“I think that [the rescission] certainly backfired and had some unintended consequences for Mr. Sessions in that any real change that came out of the rescission of the memo arguably was supportive of the industry and that it really galvanized support for states’ rights and marijuana reform at the federal level in Congress in a way that we’ve really never seen before,” Aaron Smith, co-founder and executive director of the National Cannabis Industry Association, said in a phone interview.

“I’m sure that was not the intent, but I think what it did was it really created a situation where members of Congress on both sides of the aisle, particularly Republicans, were forced to take sides because there was a real threat. They look at the same polling numbers we look at, they know that this is an increasingly popular issue and, for the most part, came out in support of states’ rights.”

It’s also worth noting that the Justice Department, which remains largely operational in spite of the federal government shutdown, has so far declined to interfere in state-legal medical marijuana activities—even though a rider blocking the agency from spending money for such enforcement has expired for now.

Of course, Trump’s new attorney general nominee, William Barr, could always direct the agency to adopt a more intensive enforcement protocol, but there haven’t yet been any signals that he considers federal marijuana prohibition a priority.

All told, the post-Cole memo world might have left federal prosecutors without explicit guidance, but the sky hasn’t fallen and the legalization movement marches on—by most accounts stronger than ever.