Students Organizing for Unity and Liberation (SOUL) at University of Pennsylvania is engaging in a series of creative actions, held weekly on Fridays. The group aims to create a more conscious and active community at U Penn and in Philadelphia.

#FergusonFridays: “While the media slowly stops covering Ferguson and justice for Michael Brown and countless others has yet to be served, we are making a public statement to say ‘No we have not forgotten you, no we will not stay silent about our oppression, and #Nomoremartyrs!’”

Police brutality is modern day lynching, state sanctioned murder. There are more Black men in prison today or under the watch of the criminal justice system than were enslaved in 1850. On October 24th, Gina Marie, Jamal Taylor and another student portrayed slavery in 1814, lynching in 1914, and mass incarceration/prison industrial complex in 2014 to represent persistent acts of genocide against Black people. They wore tape over their mouths, symbolic of the silencing of African ancestors and brethren behind bars. “We will not be silent about our oppression.” 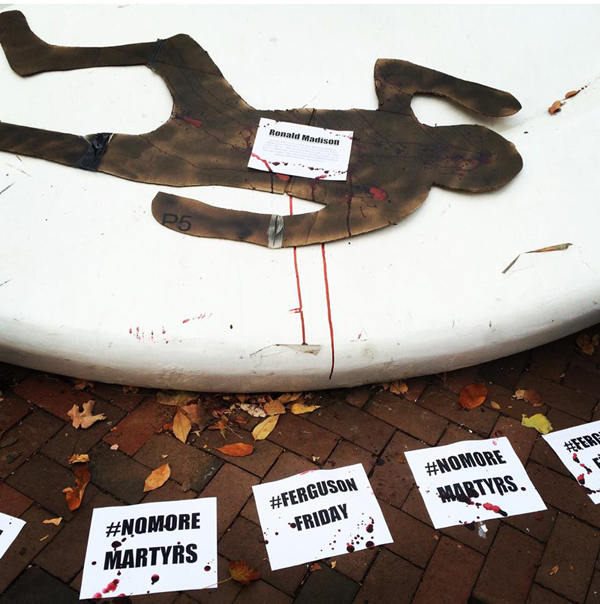 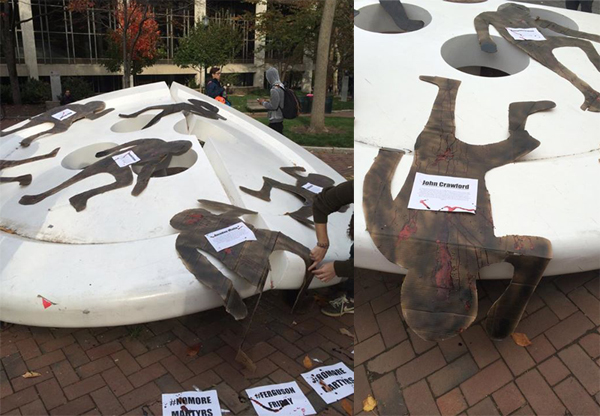 Halloween marked yet another successful #fergusonfriday installation. With this piece, SOUL protested the excess of deadly forced used against unarmed black men in American. According to Professor Marc Lamont Hill, “an unarmed African-American man was killed by law-enforcement, security guards, and ‘vigilantes’ every 2.5 days in 2012.” 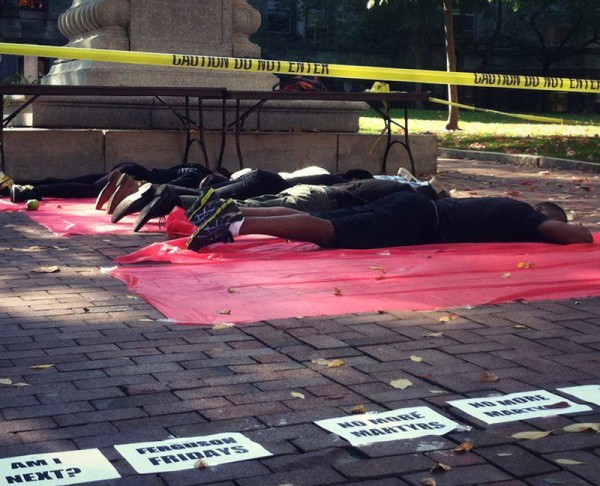 October 17: “For four hours our bodies laid on the ground covered in red cloth to symbolize the time Mike Brown’s body laid on the ground because of cruel treatment from police. At the end of the protest we were able to get up and walk away, but Mike Brown and countless other Black and Brown women and men, were not. It is because of them that we raise our voices, and give our bodies to protest. We refuse to let their names become mere memories.”

SOUL Mission:
To elevate the political and social consciousness of the student body at Penn, expose the wealth of inequalities in our society, and educate the masses on how to take action.
Our aim is build a multicultural community of leaders who seek to actively make radical positive changes.