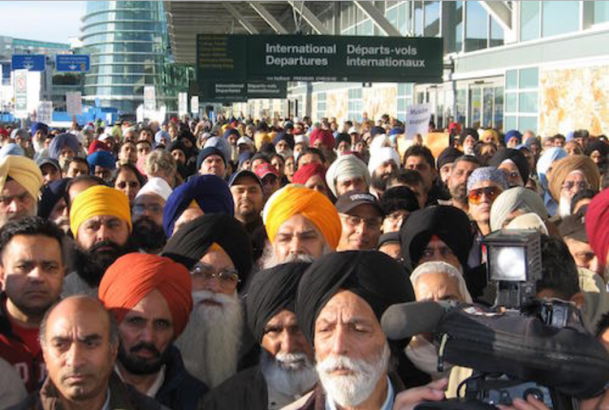 Above Photo: Protesters blockade Vancouver International Airport to prevent deportation of Lalibar Singh, December 2007. via No One is Illegal Vancouver.