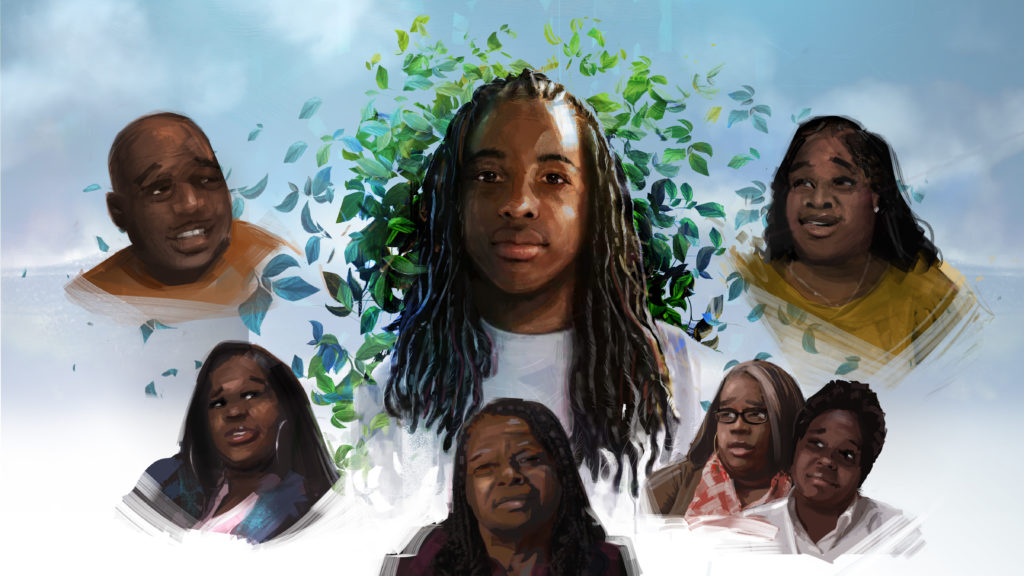 Millions of people in the United States believe the justice system—from the cops in the street right on up to the judges in the courthouse—is fair and unbiased. Millions of people also believe systemic racial and class biases are relics of a bygone era washed away by progressivism, the election of the First Black President, and the great healer called Time.

But those millions of people need to wake up and watch Jason Pollock’s documentary, “Finding Kendrick Johnson” (2021), for a healthy and horrifying dose of reality.

The film begins with Kendrick Johnson, a 17-year-old Black student, who was found dead in 2013 inside a rolled-up mat that was propped up against a little-used wall in the gymnasium of Lowndes High School in Valdosta, Georgia.

If the justice system in this country was fair, this documentary would not exist. But it does because everything about this case—from the moment Kendrick’s body was found—reveals how this system still is excruciatingly racist and classist.

The callousness of the police, officials at Lowndes High School and even other parents is revealed early in the documentary. For example, the police dismissed Kendrick’s mother, Jacqueline Johnson, when she reported her son had not returned home, which was unlike him. Police said Kendrick was probably “laid up with some fast-tail girl.” Later, when Kendrick’s body was found in the gym during school hours, neither the police nor school administrators locked down or closed the school, allowing classes to go on as if everything was normal. Meanwhile, police refused to allow Kendrick’s mother into the gym to see her son’s body and openly disrespected her grief. Then as a local TV news station reported news of Kendrick’s death, one of the parents—a white woman—tearfully told the reporter she was thankful it wasn’t her son. She also wondered how people would retaliate, even though no one knew what happened. Why would she assume anyone would retaliate? Why did she feel comfortable saying she was thankful it wasn’t her son, rather than express any sympathy for the mother whose son had been found dead?

But this was the attitude of not only those at every level of authority. This also was the way much of the community that was not connected to the Johnson family related to the case as the family doggedly pursued the truth behind Kendrick’s murder.

And it is accurate to characterize what happened to Kendrick Johnson as a murder. As the documentary points out, the police quickly gave an explanation for Kendrick’s death, in what could not under any circumstances be called an investigation. That is ridiculous from a purely logical standpoint. As the documentary goes on to reveal, no physical or forensic evidence from the scene corroborated the explanation.

Kendrick’s father, Kenneth, raised grave questions about how the medical examiner’s office handled his son’s body. He also realized the official police narrative that no foul play was involved was grotesquely untrue.

Pollock offers a gripping examination of the similarities between Kendrick Johnson’s case and that of Emmett Till, the 14-year-old Black boy who was lynched in Mississippi in 1955 after a white woman lied that he inappropriately interacted with her. Pollock also places the questionable actions of the Federal Bureau of Investigation (FBI) within the context of the racism upon which the agency was founded and continues to carry out.

We also witness the lonesome pursuit for justice that Kendrick’s family embarked on. We are shown a grieving family, knowing their child has died from circumstances that are neither natural nor accidental, regardless of what the police continued to say. And so, they fought for the truth the only way they knew how: Through protest and direct action. Beginning with sidewalk sign-holding and community marches, to ultimately blocking the entrance to the courthouse to demand an actual investigation into their son’s death, the contempt with which they were treated by the cops, the school administrators, and the racist community was stomach-churning to watch, but too important to turn away from. We are reminded these protests took place in 2014 and 2015 in a community where Kendrick’s aunt recounted white community members still request Black employees not wait on them in stores.

And Pollock also connects modern-day racism to the long history of racism and lynching in the area around Valdosta, Georgia, highlighting the town is named after a slave-owner’s plantation. It becomes clear while the town is majority Black, the political power continues to reside in the hands of the white minority, because that is what white supremacy is.

The vice-grip on power that white supremacy has in the town remains so tight, when Kendrick’s family paid an independent investigator for a second autopsy because of the sham city investigation, they found out their son’s remains were desecrated in the process and his organs were replaced by crumpled balls of newspaper. Yet, no one has been held accountable for that desecration.

Pollock goes on to expose the heights that white supremacy reaches outside of Valdosta to protect the two white boys implicated in Kendrick’s death. This is because not only are they white, they are sons of an FBI agent, Rick Bell. Bell resigned as a result of the investigation into his involvement as well as his sons’ connection. But the large web of complicity involving the people who refused to investigate Bell and his sons includes seven judges who recused themselves from the case. SEVEN.

But it is the evidence uncovered by Pollock—an independent filmmaker—that makes the documentary truly worth the emotional investment required to sit through it. Not because the evidence legitimizes the allegations of a cover-up that Kendrick’s family makes. How the facts have been tossed around like a nuclear potato over the years makes it clear a cover-up was involved.

Pollock did not find evidence because an informer clandestinely provided documents or because they were secretly accessed in a hack. All it took was researching the FBI’s case files. Just another addition to the lexicon of the FBI’s racist legacy. This entire case should serve as another reminder of why we don’t trust the police to serve the interest of the people.

Seeing the evidence the FBI refused to pursue was too much for the parents. A Black homicide detective, who once served in Washington, D.C.’s Metropolitan Police Department, was so shocked at seeing footage that was withheld from him during his independent investigation, he was overcome with emotion. But this should be a lesson for Black people trying to change the system from the inside: The inside won’t ever treat us like them. We are never as “inside” the system as we think we are.

The ending of the documentary, with the family talking to the now-deceased Kendrick, is just heartbreaking. But it also speaks to the strength and enduring love of family, even in the face of the horrific injustice we have had to deal with in this god-forsaken white-supremacist country. We should not still have to have this kind of strength. But as this documentary, “Finding Kendrick Johnson,” proves, we do.

This film can be viewed on several platforms.