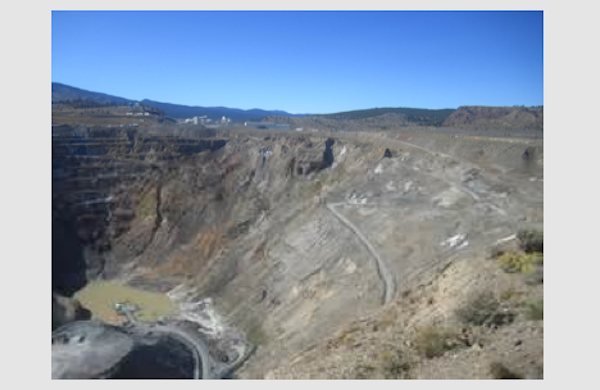 KAMLOOPS — The chiefs of two First Nations say they’re prepared to take legal action to block the City of Kamloops from annexing a copper-gold mine that would encroach on their traditional territory.

Chiefs Shane Gottfriedson of the Tk’emlups Indian Band and Ron Ignace, who heads the Skeetchestn Indian Band, said in a letter to the Ministry of Community, Sport and Cultural Development that they’re opposed to the boundary expansion to accommodate New Gold’s (TSX:NGD) New Afton Mine.

“We told them in no uncertain terms that we would oppose it, that we would ask them to respect our aboriginal title and rights and not expand the boundaries of the city,” Ignace said.

“We also told the city, ‘If you’re going to do that, then you’d better get into revenue-sharing with us.’ And the city said, ‘We will not share one cent with you.’ So what benefit is it to us?”

Kamloops wants to annex the mine to the west in order to lower its heavy-industrial tax rate, which Domtar (TSX:DTC) and other industrial companies have complained is about double what they would pay in other parts of the province.

However, Ignace said the city’s solution to its taxation issues threatens the bands’ revenue-sharing agreements with the mine.

The bands get 37.5 per cent of mineral tax revenue collected by the province, as well as direct payments from the mine.

New Gold also has an agreement that guarantees the bands have input on environmental monitoring, as well as jobs and training opportunities for band members and businesses.

Both chiefs said the process by which the city can annex New Afton is unfairly simple compared to what they’re required to deal with as they attempt to expand the boundaries of their reserves.

While the New Afton lands aren’t part of the bands’ historic land claim still being negotiated with the provincial and federal governments, Gottfriedson said the territory was traditionally used by both bands.

“I think the whole process is way too easy for municipalities to expand their boundaries,” Gottfriedson said, adding First Nations deal with a complicated 20-year process when it comes to adding land to a reserve.

“It’s just not a level playing field,” he said of the “low-level consultation” used by municipal and provincial governments to add property to their land.

Ignace said his band has spent more than a century fighting for its land rights while watching municipalities carve off pieces of Skeetchestn territory.

“Logan Lake has municipal boundaries within our territory that are larger than Victoria or Kamloops,” he said.

“Now we have Kamloops trying to expand that. Pretty soon, if we keep allowing those municipalities to expand their boundaries, what is going to be left for us?”

Kamloops Mayor Peter Milobar said the bands have expressed to him their frustrations over federal and provincial processes.

“I think there’s a whole lot of things going on here, more than just an objection to the City of Kamloops and our plans,” he said.

The province requires the city to consult with First Nations, the Thompson-Nicola Regional District and other affected parties, before it can expand its boundaries.

But Milobar said he’s not sure whether having consent from the bands would be a requirement for the annexation to go ahead.