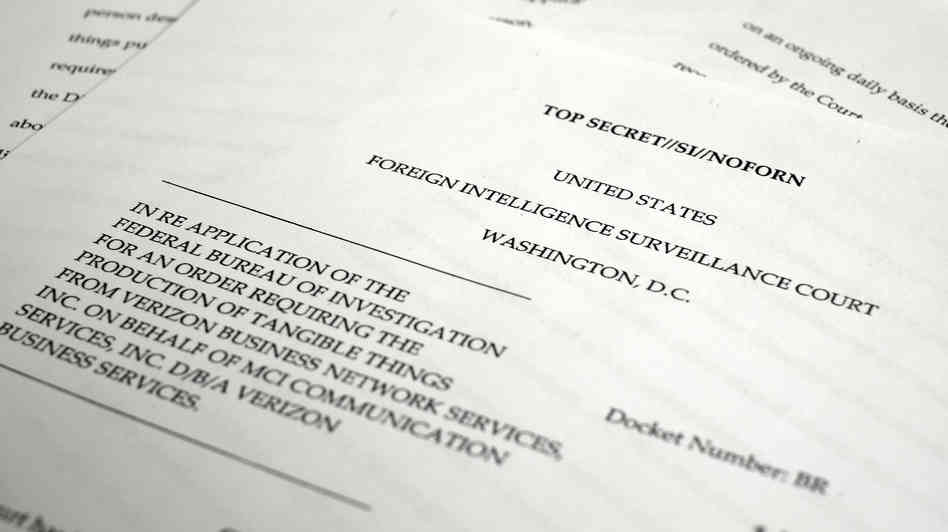 The court that oversees US surveillance has ordered the government to review for declassification a set of secret rulings about the National Security Agency’s bulk trawls of Americans’ phone records, acknowledging that disclosures by the whistleblower Edward Snowden had triggered an important public debate.

The Fisa court ordered the Justice Department to identify the court’s own rulings after May 2011 that concern a section of the Patriot Act used by the NSA to justify its mass database of American phone data. The ruling was a significant step towards their publication.

It is the second time in a week that a US court has ordered the disclosure of secret intelligence rulings. On Tuesday, a federal court in New York compelled the government to declassify numerous documents that revealed substantial tension between federal authorities and the surveillance court over the years.

On Thursday, James Clapper, the director of national intelligence, conceded that the NSA is likely to lose at least some of its broad powers to collect data on Americans.

He acknowledged that Snowden’s disclosures had prompted a necessary debate: “As loath as I am to give any credit to what’s happened here, I think it’s clear that some of the conversations this has generated, some of the debate, actually needed to happen.

“If there’s a good side to this, maybe that’s it.”

On Friday, Judge Dennis Saylor ruled that the American Civil Liberties Union and its co-litigants had the right to seek disclosure of the Fisa court’s interpretations of section 215 of the Patriot Act.

Rejecting a contention from the Justice Department, Saylor ruled that keeping the documents secret from the ACLU “constitutes a concrete and particularized injury in fact to the ACLU”.

The judge said that the publication in June of a section 215 order – the Guardian’s disclosure that the NSA had successfully compelled Verizon to hand over the metadata of all its customers’ calls – meant that more secret rulings should be published.

“The unauthorized disclosure in June 2013 of a section 215 order, and government statements in response to that disclosure, have engendered considerable public interest and debate about section 215,” Saylor wrote.

Further publication of the court’s rulings “would contribute to an informed debate,” he said. “Publication would also assure citizens of the integrity of this court’s proceedings.”

In his Friday ruling, Saylor did not definitively order the declassification of all the court’s “opinions evaluating the meaning, scope and constitutionality of Section 215 of the Patriot Act,” as the ACLU sought.

A procedural hurdle meant that he could not order the declassification of many of the documents, since the ACLU earlier sought their release under the Freedom of Information Act through a different court, in a case that is continuing.

Should the ACLU lose that case, in the southern district of New York, Saylor ruled that it can return to the Fisa court to seek declassification of those surveillance documents.

While technically Saylor dismissed the ACLU’s motion for the full disclosure of documents, he wrote: “Such dismissal is without prejudice to the reinstatement of a motion for publication with the [Fisa court] after resolution of the FOIA litigation in the southern district of New York and any appeal therefrom.”

The ACLU hailed Saylor’s ruling as a victory. “The opinion recognizes the importance of transparency to the debate about NSA spying,” said Jameel Jaffer, the ACLU’s deputy legal director.

“We’ve been asking for some time for a declassification review for all these opinions relevant to section 215, and we’re gratified that the court has required the government to conduct that review.”

Saylor ruled on Friday that the Justice Department must identify which section 215 rulings are not covered by the ACLU’s simultaneous litigation “and propose a timetable to complete a declassification review and submit to the court its proposed redactions.”

It is unclear which Fisa court opinions about bulk phone records surveillance will be identified for declassification. Neither Saylor nor the ACLU knew.

The ACLU filed its Freedom of Information Act request in May 2011, so the surveillance opinions the Justice Department will identify for declassification review under Saylor’s ruling must come from after that date.

The Justice Department, which declined comment, has until 4 October to identify the relevant secret surveillance documents.

Among the revelations contained in Tuesday’s round of declassified documents were that the NSA had misrepresented the extent of its activities in collecting Americans’ phone records and violated court-ordered restrictions on the ability of the government to access such data.

After learning from the NSA that government analysts improperly accessed “thousands” of Americans’ data from 2006 to 2009, Judge Reggie Walton substantially restricted the government’s access to the databases for much of 2009, and questioned the viability and basic value of the effort.

The ACLU is seeking more: namely, Fisa court “opinions evaluating the meaning, scope and constitutionality of section 215 of the Patriot Act.”

Among other documents, the ACLU is seeking the secret Fisa court ruling, or set of rulings, from the mid-2000s that authorized the NSA’s mass collection of American phone records, which the NSA had already been collecting for years.

The court ruled that the government had the power to collect the phone records because of the so-called “business records provision” in section 215 of the Patriot Act, which permits the government to collect “tangible things” that are “relevant” to terrorism investigations.

The court’s secret interpretation surprised many legal experts when the Guardian exposed it in June, since the act of collecting the phone data proceeds before any specific “ongoing” terrorism investigation, and the records collected involve millions of Americans who are not under suspicion of wrongdoing.

It is possible Saylor’s ruling on Friday will aid the ACLU’s case in the southern district of New York, as the judge found the ACLU both has the right to seek the records and considered the ACLU to have made a compelling case for their disclosure.

“Atmospherically, it’s important that the Fisa court seems to recognize the public has a right to more information of the government’s surveillance activities,” Jaffer said.

Saylor’s opinion follows several legislative maneuvers scheduled for this fall in both the House and Senate to compel greater disclosure of the government’s interpretations of the Patriot Act justifying the bulk phone records collection.

Clapper, the director of national intelligence, conceded on Thursday that these were likely to succeed. “It’s very clear that – to the extent we get to keep these tools at all – they’re going to be legislatively amended,” Clapper told a Washington conference on Thursday.