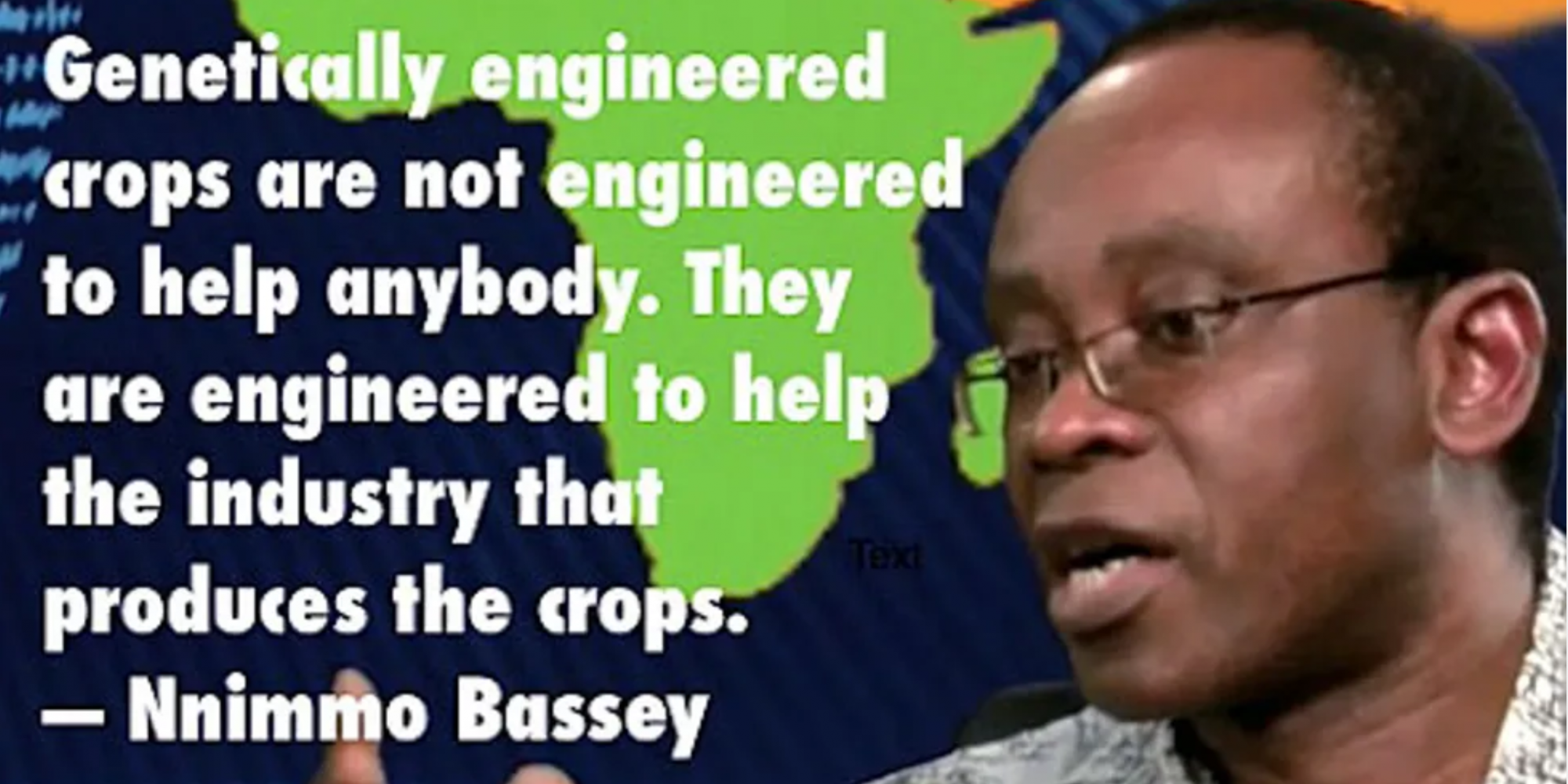 Millions of Nigerians are urging the Nigerian government to reject Monsanto’s attempts to introduce genetically modified (GMO) cotton and maize into the country’s food and farming systems.

In a press release, the groups said they are particularly alarmed about the commercial release of Bt cotton into Nigeria, which is being phased out in Burkina Faso due to the “inferior lint quality” of the GMO cultivars.

“We are totally shocked that it should come so soon after peer-reviewed studies have showed that the technology has failed dismally in Burkina Faso,” Nnimmo Bassey, the director of the Health of Mother Earth Foundation, one of the leading opposition groups, said in a statement. “It has brought nothing but economic misery to the cotton sector there and is being phased out in that country where compensation is being sought from Monsanto.”

He asked in the statement: “Since our Biosafety Act has only recently entered into force, what biosafety legislation was used to authorize and regulate the field trials in the past in accordance with international law and best biosafety practice?”

The groups noted Monsanto’s crops are genetically enhanced to tolerate the use of the herbicide glyphosate which was declared as a possible carcinogen by the World Health Organization’s International Agency for Research on Cancer (IARC) last March.

“Should commercialization of Monsanto’s GM maize be allowed pursuant to field trials, this will result in increased use of glyphosate in Nigeria, a chemical that is linked to causing cancer in humans,” Mariann Orovwuje, Friends of the Earth International’s food sovereignty co-coordinator, said in a statement.

“Recent studies have linked glyphosate to health effects such as degeneration of the liver and kidney, and non-Hodgkin lymphoma. That NABMA is even considering this application is indeed unfortunate and deeply regrettable, knowing full well about the uncontrolled exposure that our rural farmers and communities living close to farms will be exposed to.”

Besides the potential contamination of local maize varieties, the groups argued that the health risks of introducing GMO maize into Nigeria could be “enormous” considering that maize is a staple food in their diet.

Coupled with a lack of resources to adequately control and monitor the human and environmental risks of GMO crops and glyphosate, the groups argued that Nigeria doesn’t have a platform to test for glyphosate or other pesticide residues in food and food products, nor do they have an agency that can monitor the herbicide’s impact on the environment, including water resources.

On the flip side, GMO-advocates tout that biotechnology is not only safe for human consumption and the environment, it’s also a solution to malnutrition and global food security, as these crops have been genetically tinkered with to provide certain nutritional benefits and/or spliced-and-diced to resist certain pathogens and other roadblocks.

In an interview with Wall Street Journal’s Rebecca Blumenstein, Bill Gates explained his views about GMOs:

“What are called GMOs are done by changing the genes of the plant, and it’s done in a way where there’s a very thorough safety procedure, and it’s pretty incredible because it reduces the amount of pesticide you need, raises productivity (and) can help with malnutrition by getting vitamin fortification

“And so I think, for Africa, this is going to make a huge difference, particularly as they face climate change … The U.S., China, Brazil, are using these things and if you want farmers in Africa to improve nutrition and be competitive on the world market, you know, as long as the right safety things are done, that’s really beneficial. It’s kind of a second round of the green revolution. And so the Africans I think will choose to let their people have enough to eat.”

But in the video below, Bassey objects to the argument that GMOs are necessary to ensure food security and nutrition in Africa and that the continent can feed itself without the aid of multinational biotech companies.