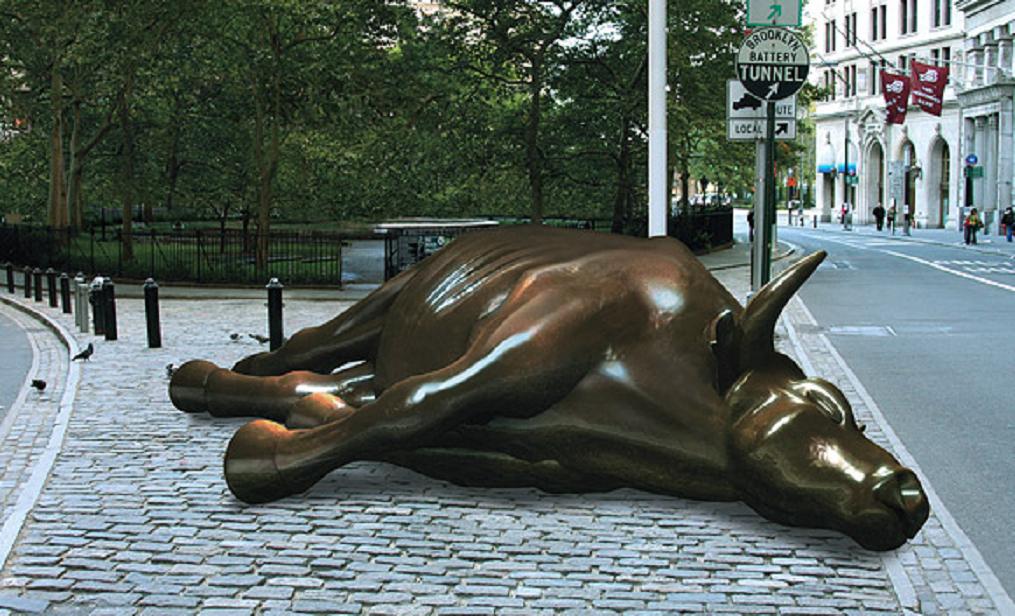 Wall Street Pays Themselves Too Much, Hurts The Economy, Should Have Been More Prosecutions and More Regulation

(Reuters) – A few years ago, Larry Summers, then the director of President Barack Obama’s National Economic Council, held a private meeting with some of Wall Street’s top bankers and executives.

Although the worst of the financial crisis was over by then, Summers – now seen as a candidate to be the next chairman of the U.S. Federal Reserve – chastised bankers for being out of touch, saying they didn’t understand how angry average Americans were with them, according to a participant in the meeting.

A spokeswoman for Summers said it sounded like something he might have said, though she did not provide more specific confirmation.

Five years after the collapse of Lehman Brothers and two years after the start of the Occupy Wall Street movement, Wall Street has drastically changed under an onslaught of new regulations and by some accounts become more conscious of its image on Main Street.

Still, a new Reuters/Ipsos poll shows Main Street animus against bankers and their role in the financial crisis persists. (Click on link.reuters.com/sud23v for the results)

The anti-Wall Street sentiment bodes ill for the sector: It serves to pressure lawmakers and regulators into further restraining perceived excesses on Wall Street, threatening the long-term profitability of the industry.

The poll of more than 1,400 adults, representing a cross-section of the U.S. population, shows that half of the respondents believe there has not been enough reform to prevent a future crisis.

As many as 44 percent of those polled believe the government should not have bailed out financial institutions, while only 22 percent thought it was the right move. Fifty-three percent think not enough was done to prosecute bankers; 15 percent were satisfied with the effort.

Henry Paulson, the former U.S. Treasury Secretary who was the architect of the bailouts in 2008, said he believes the government botched its chance to portray them as a necessity for the financial stability of all Americans.

“I never was able to convince the average American that what we did with these rescues wasn’t for Wall Street but it was for them,” Paulson said in an interview.

“To understand the financial system, it’s a little like plumbing in your house – you don’t know where the pipes are and you just realize it when the pipes get clogged and everything grinds to a halt.”

Among those polled, the concerns go deeper.

“I can’t see any reforms they’ve done. Nothing’s really changed,” said Judith Klatt, 67, a retiree from Wisconsin who responded to the survey. “I’m angry at the government and Wall Street. I think they’ve both, in plain language, screwed the public and are still doing so.”

Many financial experts believe bailouts of financial institutions after the collapse of Lehman Brothers in September 2008 and subsequent actions by the U.S. government to prop up theeconomy helped stop the country’s spiral into what could have been a crisis even as dire as the Great Depression. New regulations, including the Dodd-Frank finance reform law and Basel III capital rules, have also forced Wall Street to rein in risky behavior.

And while Wall Street gets poor scores on many questions, the results of the poll are not as damning as some polls about attitudes to Wall Street taken soon after the financial crisis.

Lindsay Owens, a Stanford University doctoral student who has tracked American attitudes toward Wall Street, said animosity toward the financial sector reached its highest level in 40 years in 2010. When it declined slightly in 2012, the level was still higher than it had been in that period before the crisis, she said. (There is no direct previous comparison to the Reuters/Ipsos poll.)

The cost of the crisis has been severe. A paper from the Federal Reserve Bank of Dallas estimated that the financial crisis and the recession cost the U.S. economy as much as $14 trillion, or about $120,000 for every household.

The recovery has also been slow, and high levels of unemployment have persisted. In September 2011, a groundswell of rage led to the creation of the Occupy movement and the concept of the 99 percent of people against the 1 percent of highest income earners, including bankers on Wall Street.

“We have, on the one hand, the bankers and the lobbyists and the politicians that have been bought by those lobbyists and think that any regulation is too much regulation,” said Cathy O’Neil, a former quantitative hedge-fund analyst who is the organizer of the Occupy Wall Street alternative-bank group, which wants to make the financial system more accountable and transparent.

“On the other hand, we have the 99 percent who see it from a very different angle, and in particular don’t see why we had to bail out the banks or any improvement to the system since then,” said O’Neil.

The Reuters/Ipsos poll shows that as many as 30 percent of Americans believe Wall Street banks and traders do not help the economy grow and create jobs. (Twenty-six percent of those polled said they believed the financial services sector was good for the economy.)

Fifty-one percent believe Silicon Valley and the technology industry do better than the financial services industry at creating jobs and helping the U.S. economy, while only 10 percent said they thought Wall Street did better.

About one-third of those polled said breaking up the big banks will help the economy, nearly twice the number of people who thought it would hurt.

A majority of those polled said Wall Street bankers, traders and executives were still paid too much. More than half also want the government to do more to punish those responsible for the crisis.

“I haven’t seen anybody prosecuted and joining Bernie Madoff in jail as a cell mate,” said Francisco Ramos, 47, a Florida-based former land surveyor, in reference to the fraudster. Ramos, who was among those polled, said he wants to see bankers jailed “just to scare them so they don’t pull the same shenanigans again.”

Barney Frank, who recently retired as the top Democrat on the House Financial Services Committee, said past convictions were an unfair standard to use when considering the government’s success in reforming the financial sector.

“People don’t fully understand. One of the reasons we had to pass a lot of new laws is a lot of bad things weren’t illegal. It will be fair to judge going forward,” Frank said.

Kenneth Feinberg, the so-called pay czar who was charged by the U.S. government with keeping bonuses in check at bailed-out firms after the crisis, agreed with the respondents that pay was still too high on Wall Street but said he didn’t believe it was the government’s job to regulate compensation.

“American history teaches us that there’s always been a wide chasm between Wall Street and Main Street,” Feinberg said. “I don’t think anything that Wall Street can do will bridge that divide.”